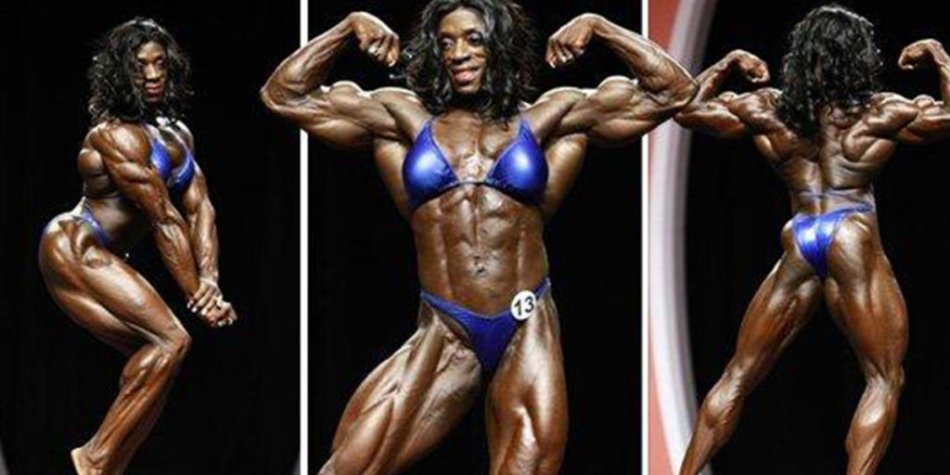 Just 8 days ago, I penned an article for Iron Magazine, calling for the return of Iris Kyle. In that article, I stated the event simply wouldn’t be the same without the iconic Women’s Bodybuilding champion. While there have been other Ms. Olympias, no woman has won more titles that Kyle. In fact, none of the men have won as much as her, either. Lee Haney and Ronnie Coleman are both tied for eight Sandows, each, that’s two less than Kyle.

What’s crazy, though, is that Kyle could potentially win her 11th title, dominating the most prestigious stage in Women’s Bodybuilding for three calendar decades come this December. Fans of muscular women have been hoping this day would come for a long time and when the announcement to bring back the Ms. Olympia was made at last year’s Olympia Weekend, questions about Iris began to surface on the message boards like wildfire. Surely, the G.O.A.T. would be a part?

After winning her 10th title, the event went on hiatus, with Jake Wood’s Wings of Strength events filling the void. Not only did WOS fill the void, they rebranded the division with a far more innovative approach that appealed to a far greater audience. Over the course of the last five years, the Rising Phoenix events have flourished. There was a year Kyle considered competing at the World Championships, though that didn’t materialize. That being said, for as great as the WOS World Championships were, the only contest that can definitively crown the best of the best in any physique-based division is the Olympia, so it makes all the sense in the world that for the first Ms. Olympia after so many years, that the Queen herself be in the house. Thanks to the great news, not only will she be in the house, but she’ll be competing!! The question is, can Iris win in today’s Women’s Bodybuilding?

The sport has changed. No one can deny that. The reality of the matter is that Women’s Bodybuilding has had periods where size, condition, and freakiness became too much for some, just right for others. We saw a transition in the early 1990’s, moreso in the mid 90’s, and by the time the IFBB implemented the so-called 20% Rule, it may have been too late. The desire to curtail the freakiness in the division was too little, too late. The new rule created some confusion and as a result, the stars aligned for Ms. Olympia Yaxeni Oriquen, who nailed it, and dethroned Iris in 2005. With that being said, rules can be tricky. For as much notice as may have been given, to a competitor on top, there can be some hesitation to totally switch gears. I don’t think a lot of the ladies going into that ‘05 Ms. O thought the rule would be as rigidly enforced as it was that first year. That being said, if the rule had been intended to hold for 2006 and beyond, I have no doubt that Iris would have made the necessary adjustments to her physique and bested everyone in 2006. The fact is, however, that the rule was scrapped and before anyone knew it, the new Women’s Physique Division was right around the corner. The reason the 20% Rule is pertinent here, is because Iris is the kind of champion who could adapt then, and most definitely can adapt now.

When it comes to hardness, that’s a question of diet. When it comes to size, that’s a question of training. Iris is in complete control of it all and just because the annoucement of her return was made this week, that doesn’t mean that this decision wasn’t being seriously contemplated all year long. In fact, this decision might have been contemplated from the moment Bob Cicherillo – The Voice of Bodybuilidng – made the annoucement at The Orleans Arena. What I mean by that is, Iris has known for a long time what’s needed and time has been on her side. Unlike years when she was actively competing, she’s been able to eat, train, and prepare in peace.

For starters, this has been a very tough year and some thought the Olympia may not even happen. Once it became clear that that was a go, no matter what, no one thought Iris wanted to compete and/or would be announced as competing. There were a lot of talks, plenty of back channel discussions. The fact is, Kyle’s return increases the production value. There’s going to be a bonanza of marketing opportunities now, there’s going to be more ticket sales, and the media will have many great stories to write out of this new, key addition to the roster of competitors.

In a very real way, having two Ms. Olympias on that stage, in Iris Kyle and Yaxeni Oriquen, means that the event will bridge different eras into one. You have the ladies from the 2000’s and 2010’s moving into 2020 and a new decade. This is exactly what the division needs and a great way to grow it into the future. As a fan of female bodybuilding, I see this news as a great step towards more than a comeback, this will be a game changer. The same way Jake Wood and his team brought about a renaissance for muscular women, so too, will the return of Iris Kyle lend itself bring renaissance at the Olympia level.

Fans haven’t seen Women’s Bodybuilding in this light. The last few years they did, it was relegated to little more than a throwaway division. I anticipate fans and new fans of the most musucular women’s division losing their minds in December!! I also think the Ms. Olympia will inspire a great many ladies – of all ages – to enter competitions in said division. Up until now, there has been no WBB at The Arnold or at The Olympia. If you don’t think that’s taken a substantial toll on pro and amateur athlete entries, you’re nuts. It most definitely has! Now, female bodybuilding competitors will have a reason to battle, they will have their crown jewel back again.

Iris Kyle isn’t just going to get on stage and win her 11th title, though. If I had to bet, I’d bet on her. I’m not even going to lie; however, there are some very talented competitors, ladies like Helle Trevino, Pauline Nelson, Michaela Aycock and Theresa Ivancik, just to name a few, and they’re not about to let Iris or Yaxeni swoop in for an easy win. It’ll most definitely be a battle!! Then again, battles are what ladies like Iris and Yaxeni live for!! And then there’s age, right? But you’ve all heard of muscle maturity, right? Well, muscle maturity is truthfully a topic that really, truly comes to life with the women – especially muscular women. Muscular women, like Lisa Aukland, battled for top spots at the biggest contests on Earth at 50+ and there were many others. Further, it’s one thing to place well, but these ladies also looked so good, the fans thought they should have won!! But there’s more to age also.

Age isn’t simply your years on Earth, but in my opinion, it’s also the years you’ve spent on stage. While many of the ladies in the event may be younger than Iris and/or Yaxeni, they’ve also been competing nonstop in the years that both Ms. Olympias have been resting. They still train of course, but it’s far less taxing than training and eating to compete. Who knows, maybe these rest periods will create even more impressive physiques in them come December? Could you imagine if we’ve yet to see the best Iris Kyle of her whole career and we see it when she’s battling for her 11th Sandow? It could be pretty crazy.