2020 WILL BE THE MOST EXCITING YEAR FOR BODYBUILDING FANS 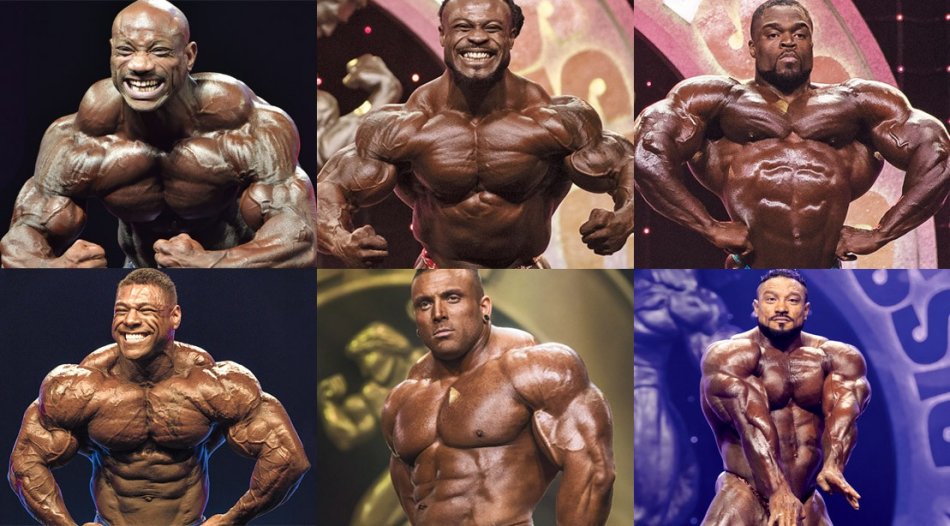 I’m going to go out on a limb here and say that 2020 is going to absolutely be the most exciting year for you if you’re a bodybuilding fan. Over the years we have seen the disappearance of Kai Greene, the death of bodybuilders, the dethroning of Phil, the surgery struggles and rehab of Flex Wheeler and Ronnie Coleman, and the legal issues with Shawn Rhoden. I’m ready to move on from that and when you make your way through the forest and see the light of walking into 2020 with a fresh start, this is looking to be one hell of a bodybuilding season.

With that being said, there’s a definite dark cloud over the industry as well. So, let’s get that out of the way and then move onto the good news. With what’s going on between the US and Iran, it’s up in the air on whether or not third place Olympian, Hadi Choopan, will be able to get a visa in order to compete in the US this year. I’m sure there will be people trying to pull a few strings, but I’m not sure it will happen which is a shame.

Another athlete up in the air is Shawn Rhoden. While I (as a bodybuilding fan) would love to see him on stage to mix things up and see what he can bring to the stage after missing out last year, I personally feel like he’s going to sit out this entire year to put his focus on battling the court case against him. If found innocent in 2020, I DO see him competing at the end of the year – again, assuming this all gets cleared up within the next few months and allow him to properly prep.

While I wouldn’t say the lineups in the previous year’s weren’t good, but have you seen the stacked lineup for 2020? If you’re a bodybuilding fan, you should be going nuts and booking flights and hotels NOW to make sure you’re in Columbus this year. As we all have seen for many years, competitors who are already qualified for the Olympia generally tend to sit out the year and prepare ONLY for Vegas.

This year we can expect to see guys like:

There are names in that lineup like Dexter, Roelly, and Bonac that I never expected to see. As a bodybuilding fan, who wouldn’t want to see the best of the best compete in more than one show each year? That has been my biggest criticism over the years that we only see some competitors in Vegas and that’s it.

Two people to watch that could be sleepers are Patrick Moore and Josh Lenartowicz. Don’t count out Cedric either, if he brings the conditioning, he could be hard to beat (and he’s won the Arnold in the past).

The Arnold Classic Tour is always a good one with some of the best out there making their way from country to country to compete in the Arnold Classic. But this year, if you’re a bodybuilding fan, you’re in for a treat. You can expect to see the following guys in Australia (as of the time of writing this article):

As a bodybuilding fan, there are few interesting names on that list that I think we should mention. The first being Blessing – known as the Boogie Man. Blessing is probably one of the most entertaining bodybuilders in the industry and has a crazy sense of humor. It’s safe to say that we all have been waiting to see what Blessing can bring to an IFBB stage. And how will he look standing next to another monster like Big Ramy? Only time will tell.

Being put on in his backyard, expect Josh Lenartowicz to bring it. Not that he doesn’t any other show but expect him to be sure all his T’s are crossed and I’s dotted with his prep.

And Dexter… this man is bringing it in 2020. Arnold Ohio, Arnold Australia, Olympia, maybe the New York Pro, and Athleticon as well? Dex is showing no signs of slowing down and at the pace he’s at, it’s going to be hard for anyone to break his all-time wins record.

I’m going to go out on a limb here and say I think we will have a new Mr. Olympia champion in 2020. If you’re a bodybuilding fan, you want to see the best of the best compete on the Olympia stage, but this year I don’t think it’s going to happen. Will Flex Lewis step on stage? Maybe not. I believe that both Phil Heath and Flex Lewis will skip the Olympia and prep for Athleticon (which I’ll talk about next).

Many will say that Brandon Curry didn’t look like previous Mr. Olympia winners – and they may be right. But for him, he only needed to be better than everyone else on the stage during that weekend. I feel that if Brandon doesn’t improve his conditioning, he’s vulnerable to get beat. Who will step up? Maybe Bonac? Roelly? Ramy? Hadi (if he can make it)? It’s going to be an interesting weekend in Vegas.

People across the nation are wondering what The Rock will bring to Athleticon? And if I were a betting man, he’s BRINGING IT ALL. I believe that this is the show we will see the comeback of Phil Heath and Flex Lewis. I also know that many supplement brands are bowing out of the Olympia and buying booth space at Athleticon – which could make the showroom floor at the Olympia quite smaller.

This show is going to be the talk of the year. As a bodybuilding fan, I’m excited to see the vision The Rock has for the show. Being that he, himself, is a bodybuilding fan, I expect him to make this a HUGE production and with his status maybe he can even get the show on national television? Getting bodybuilding in front of the mainstream media and/or in the homes of the general public could be a great play to grow health and fitness as well as the IFBB,

With everything going on this year, I truly believe that 2020 is going to be the most exciting year for bodybuilding fans and for the industry. So, get your popcorn ready!