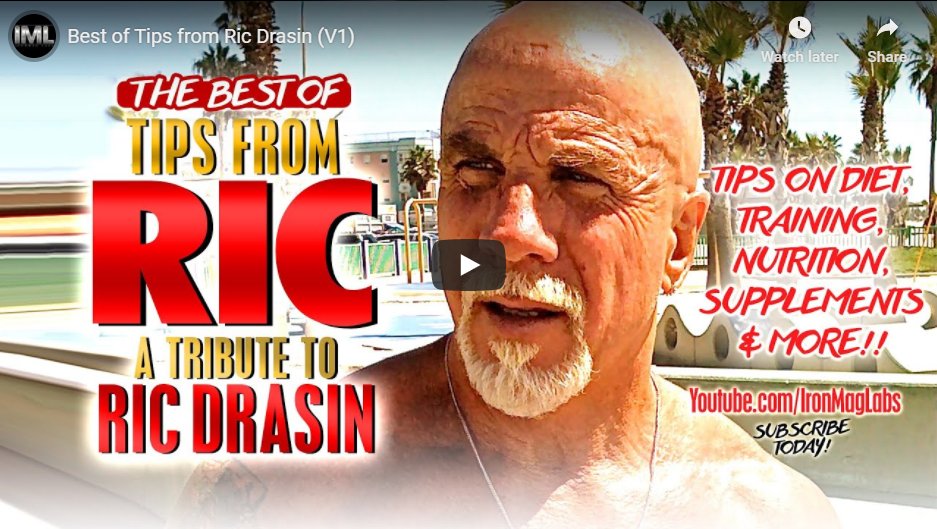 Don’t miss these prime cuts from Ric Drasin’s hit series TIPS FROM RIC on IronMag TV. Ric’s show was a spinoff from the hugely successful Ric’s Corner. Although the series was shortlived, it was a driving force in the nascent IronMag TV imprint. Ric’s stories, knowledge, and perspective, inspired countless people to lift, eat healthy, and take pride in themselves. We loved Ric very much and will miss him greatly.