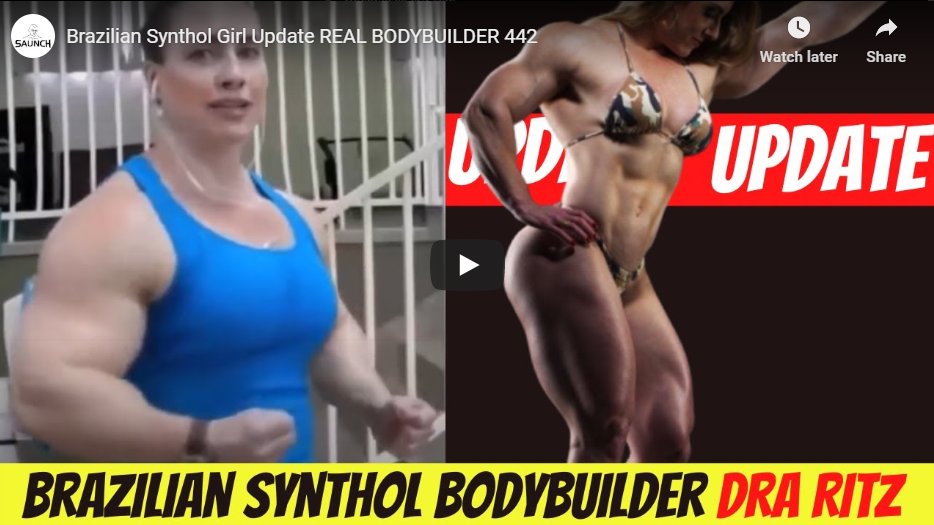 Although the title speaks to synthol, what we’re really talking about here is SEO’s, or site enhancing oils. Synthol is just one of many different types of SEO’s and it’s often used to describe them all. The reality, however, is that most people who use these types of products, particularly those who make waves on social media and tend to go viral, are actually using homemade concoctions that oftentimes create cartoonish looking shapes.

Injection points are usually reserved for the biceps, delts, and sometimes even the pectorals. The sad fact is, the end results create unsightly physiques, can lead to serious health issues, and in many cases, the people who abuse these chemicals, end up having limb amputations. Why would anyone ever want to destroy their bodies by harming themselves to this degree? Well, many of the men who do this, generally, come from poor countries, they lack the access to top shelf PED’s, or performance enhancement drugs, and they generally don’t have the funds to invest in gym memberships. The counter argument is simple. Is it really a tale of woe, are they really that poor – or – are they simply lazy? I mean, if you don’t have a gym, train with your body weight, do pull ups, do push ups.

If you don’t have gear, stay natural, but train hard, hydrate, and rest. Although you may not be able to get huge, you can get ripped, and a ripped physique can do well on social media. The point is, getting huge arms will get you on tv, it’ll get you a ton of views, and it can be a very fast process. Generally, I’d say, the vast majority of people who did this, fit a certain cutout. They usually didn’t have a strong foundation in lifting, they didn’t compete, and they were usually in their late teens to early 20’s. In the early stages of the SEO craze, there were some notable exceptions, guys who were in their late 30’s and even well into their 40’s and 50’s who hit the oils hard, but these guys also had some foundations in lifting and eating clean. In the end, if you see a guy with no abs, no pecs, no wheels, but arms measuring 20-22” you know you have a problem. When that same guy has arms that don’t flex, when there’s no shape to his biceps or triceps, and when the guy has pencil-thin forearms, then the eye becomes the best litmus test. Typically, it’s always been men, but now, there’s a female, perhaps the first-ever, so one can only imagine how much attention she’s going to get. Will it be the same kind of attention as the guys? And will she be the first and only female to walk down this very silly, very risky road?

Muscular women have a huge support base in the fitness world. Most of us who celebrate muscle, are quick to point out that muscle knows no gender. There’s a lot of haters out there that have preconceived notions about what men and women should look like, but their voices get drowned out – and fast! There’s simply no room in the sport for that sexist crap; however, when you’re talking about SEO’s and the look they create, that’s not exactly muscle, either.

Most of the guys who hit the oil hard, are seen lifting very unimpressive poundages in the gym, their form is crap, and as previously stated, the really bad cases are unable to even flex their arms. The woman in question has already received some fanfare, as she was the subject of a recent feature by Nick Strength and Power. Much like Nick, we’ve been unable to figure out her name or even pinpoint her location, but it does sound like she’s speaking Portuguese. Brazil has a small, but noteworthy, sub-sub-culture that has been known to experiment with these homemade concoctions. If in fact this woman is speaking Portugese, she could be from Portugal, Angola, Mozambique or several other places around the world, but if I was to bet, I’d concur with the social media wisdom, and say Brazil.

A big factor in these types of cases is publicity. Social media has taken immediate notice and many have even started calling this lady, “Synthol Girl.” The fact Nick Miller made a video, all but guarantees that we’ll see follow-ups from other media outlets. I’d imagine we’ll eventually see some kind of video, perhaps from sites like RxMuscle, Generation Iron, and maybe even, Muscular Development. Although this isn’t bodybuilder per se, it is in the world of fitness (on some level) and the fascination in stories like these is undeniable. With that being said, if this girl is in fact using SEO’s, she’s by no means as silly-looking as many of the guys who abuse these substances. You can tell she works out, her arms have decent shape to them, and she’s clearly in the off-season, as she’s holding some water. You can also tell that by most accounts, I think it’s safe to say, she’d be considered attractive. That’s always subjective, but it’s my opinion. I don’t think she looks out of shape and who knows, maybe she’s even competed. I do concur that she looks inflated and there are some pretty clear signs of SEO use.

So far, there’s been a good amount of publicity, but clearly nothing remotely close to going viral. If she did go that direction, we’d also see bigger, more mainstream sites like TMZ getting involved. We’d know her name, she’d start doing a ton more press, and who knows, she might actually become somewhat of a celebrity. The tact she’s the first woman, if in fact she’s using these agents, to experiment along these lines, might catapult her to overnight fame. Will Schmoes go for this look? And if they do, will muscle worship type sites want to work with her? That’s pretty much unchartered waters for most, if not all, the males who do this sort of thing, but for a woman, it might be different. No one cares enough about the guys enough to actually pay them; most of the men, sad to say for them, are largely the butt of jokes. No one wants to look like them; no one takes them seriously. If anything they give the fitness industry a black eye. Synthol’ed women, however, might look strong, they might look muscular, they might just be in demand.

Schmoes are an interesting breed. They know the mandatory poses, they know about symmetry, balance and condition. They appreciate all the hard work and sacrifice, but they also want more than that. People, men and women, who like muscular women have deep pockets. Those that don’t, budget. Listen, we’re talking about a seedy side of the fitness world that makes many people uncomfortable. If that’s you, stop reading, but I have to be objective and i have to tell it like it is. That’s how we do things, here, at Iron Magazine.

When the press and supplement companies turned their backs on female bodybuilding, starting around the mid 1990’s, the women had to find other ways to make income. I’m sure most of you reading this article realize, or have some idea, just how expensive competing is. There’s food, gym fees, travel and most especially supplements. Imagine needing $5-10k just to prep for just one show. Even if the competitor won that show, assuming we’re talking about a pro, the prize money might be 20-35% of the money needed just to prep. That same competitor gets no bonus for winning either, as most female bodybuilders didn’t have sponsorships by the mid 90’s, either. The truth of the matter is, cam and other types of work may be frowned upon by some, but it pays the bills and allows many competitors to continue to get on stage. I’m not saying that all muscular women do this, because many don’t, but many also do. This also creates an interesting source of potential income for ladies who may experiment with synthol.

If in fact someone like “Synthol Girl” started seeing big money from fetish and worship type sites, this could easily bring about a wave of other women, looking for the same quick fame and fortune. The adult side of fitness is so lucrative, that many would-be models have taken to it, now more than ever. Even popular social media platforms like Instagram, have launched their more adult-type, paid membership sites like Only Fans. In fact, I know first-hand of folks who make more than $100k a year, from Only Fans, alone. If someone could make that kind of money, buying and modeling clothes, by putting out content that could be seen on pretty much any cable network late at night, without ever meeting anyone, then the allure of that easy income, would be tempting for some. This type of money is unheard of in today’s fitness industry and very few contests pay this much, either. The question remains, however, could the synthol look for women, make money among this niche within the bodybuilding subculture? It’s one of those questions that can only be answered over time.

Anyone who abuses these substances and is dumb enough to get on a bodybuilding stage, will get placed dead last. The judges don’t even have to ask the competitor to hit any poses – they’ll see the injects sites and the silly-looking shapes, a mile away. That’s not to say that actual synthol doesn’t have a place in the sport. Actual synthol or actual SEO’s, used in moderation, so much so that it becomes practically impossible to spot, may actually work. I know of plenty of guys who may or may not use such products for the stage and/or high level photo and video shoots, but that’s an entirely different situation than what many of the folks worldwide are doing with these homemade concoctions. This is why the terminology of calling these oils “synthol,” creates some confusion. That being said, anyone who abuses these underground oils to create cartoonish looks, would get laughed off most stages. On the other hand, what if competing is the furthest thing from their minds?