CRAIG GOLIAS – MASS FOR THE WIN!! 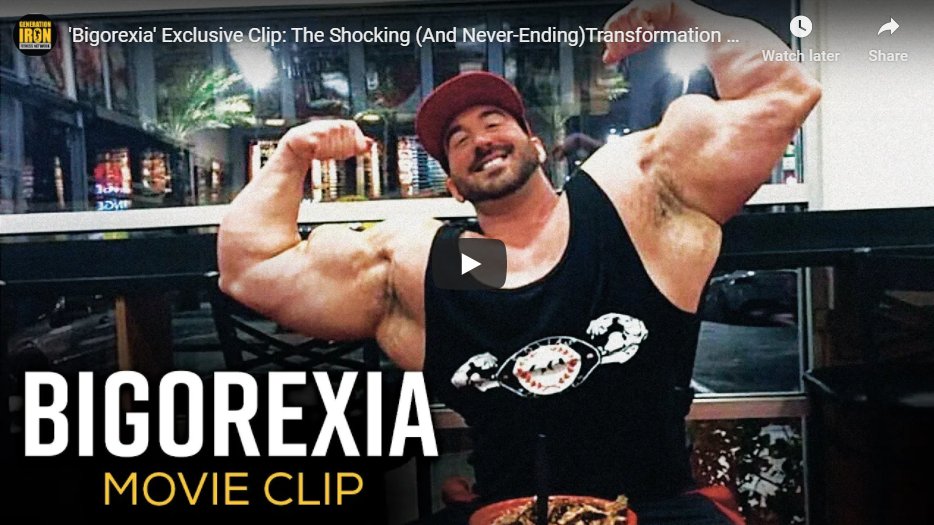 There’s a way most people take to bodybuilding, from how they compete, to how they earn a living. There’s a protocol to follow. Most people start out by getting an Instagram, finding a coach, and then competing until they reach the next level. Usually, they’ll start with a local show. The genetically gifted athletes will do well no matter what. Most of these athletes have no idea what they’re doing for the first 2-6 contests they do. Many times they link up with coaches that are clueless to nutrition and training.

These athletes will usually move up to the regional level and maybe even the national level before figuring out what they need to do to go pro. Once pro, they’ll keep competing until a supplement company throws them a bone or they take on enough clients of their own, that they can generate a modest income. The athletes with bad genetics, will compete for years upon years before moving up the from local to regional levels and from regional to national. Many athletes with shitty genetics may compete indefinitely, never seeing a pro card, a cash paying sponsorship, or any type of accolades. The sport is nothing more than an all-consuming, thankless endeavour.

Guys like Craig Golias competed, they rose through the ranks, but in the process of doing so, they created their own personas. In today’s fitness industry, having a great physique is nice, but it’s not going to make you famous. Even if you were ripped to shreds and totally aesthetic – that still won’t do it. I’ve seen guys who look like carbon copy replicas of Steve Reeves but don’t have two nickels to rub together. Guys who think they can train to fame will never get there, either. Having the look is key, but it goes beyond that. Others try to one-up everyone on social media. Their mindset is that the more outrageous you are, the more likely you are to succeed. That, too, is a flawed approach. Shock value only gets you so far and nowadays it’s hard to shock people who live on their phones. So what’s the deal with Craig Golias? Why are so many people talking about this guy? Is he an IFBB Pro, has he competed at the Mr. Olympia, what’s his story?

Individuality is perhaps the most celebrated attribute in the fitness industry. This can be manifested in hairstyles, how you wear clothes, lingo or mannerisms. Copycats are everywhere. There’s people who lack any sense of originality. They will look at the biggest stars in the sport, dissect them, and then try to mimic them. Some believe that imitation is the highest form of flattery, but in all seriousness, it’s the main ingredient in a static, boring status quo.

Take Arnold, for example. We can start any discussion on cool, with The Oak. Here’s a guy who could barely speak English, who got discovered by a media pioneer. He left everyone and everything behind, traveled to America, and gave his all, to pursue a sport that no one had ever heard of. That takes guts. From the moment he landed in America, his whole life centered around becoming a star and that journey wasn’t attributed solely to Joe Weider. Joe tried to make a lot of guys, stars, but only Arnold truly made it. A big part of that, rested on his shoulders. The same goes for Lou Ferrigno. Lou could’ve rode Arnold’s coattails, like Franco did, but instead, he wasn’t happy being the Mr. Olympia after Arnold left. He chose acting and wouldn’t compete on a bodybuilding stage again for nearly 20 years. Had Ferrigno never left the sport, he wouldn’t be a household name, today. Others, more recently, also broke from the norm. Take DLB.

DLB, like Arnold, who is known worldwide simply by his first name, Dana Linn Bailey is known throughout the fitness industry by her three initials. That’s starpower right there. Another superstar known simply by his name is Rich Piana. Whether you refer to him as “Rich,” “Piana,” or something else (e.g. Mr. 5%), people in our industry know exactly who you’re talking about. The same is starting to become the case with Craig Golias. He’s not to the point where his first name draws his picture in most people’s minds, but his last name, for sure. If you said Craig to most fitness people, they’d probably think of Titus; however Golias, is Craig all day. He’s made a name for himself being the absolute largest bodybuilder on the planet, but there’s more to him than mass.

Craig Golias has brought crazy size to the forefront – that’s his calling card. Much like Piana, he’s created his own distinctive lingo – without stealing from others. Instead of having terms for good or bad, he has terms for great and excellent. Looking 5k ain’t too shabby, but why settle for 5k, when you can be 9k?

Are you HUUUGE? If you’re not HUGE, don’t you wanna get HUGE? At a time when everyone wants to look like a classic physique competitor, Craig is unabashedly shouting “F*ck Skinny, Get Huge,” from the mountain tops!! He’s like the prophet of size and not only is he promoting a certain look, he’s opening the door through Instagram to countless apsiing adherents. That’s a twist from Piana.

It’s one thing to look like a freak, but it’s quite another to know how to make freaks out of everyday people. Golias’ knowledge and application of that knowledge into helping his clients is undeniable and he uses his social media platforms to promote the business side of his work. Moreover, he understands how the body works so that makes him unique.

Golias openly boasts of being able to train men and women, natties and enhanced, as well as people looking for cuts and bulks. By training so many different types of athletes, young and old, he also invites testimonials. Some of the before and after shots are equally jaw-dropping. This work is doubly beneficial. It’s increased his earnings and helped grow his brand and platforms through word of mouth.

Remember, this is an industry inundated with charlatans so when a great coach comes around, happy clients tend to tell the world about their good fortune. With that being said, Golias incorporates his business acumen into his approach. He knows he’s in demand and could charge astronomically high prices, but he also wants people to follow his social media platforms. It’s all about balance. Therefore, he often makes deals on his Instagram Lives. He’ll routinely slash his prices and give great packages to new and existing clients who tune in. I believe this is key in Craig’s rapid growth as a fitness celebrity.

In addition to his signature size, lingo, and his ability to prep clients, Craig has also linked up with Tony Huge. People like Rich Piana, Kali Muscle, DLB and others didn’t link up with anyone. They were self-made and so is Craig; however, there’s no harm in joining forces, either.

Collabs were the tried and true way of making it on YouTube back in the day and they render results on other platforms as well. The work with Tony has put Golias in front of another audience, in movies, and as a major draw with several supplement companies. This is also key to success, but it’s not everyone’s cup of tea.

Some fitness celebs simply can’t stand next to someone that’s more popular than them. Others can, but only if it’s on their platform, or if other conditions are met. The bottomline is this, if you’re popular and you work with others, then you’re going to become more popular – and – the more connected you are to fellow fitness celebs, the less likely it’ll be that you’ll ever become irrelevant. This is all a chess game. If you’re playing move by move, your reach and stay on top will be limited. If, however, you play your chess game looking 5-10 moves ahead, you’ll always be in a good spot.

In summation, mass might be Craig’s calling card, but how much did we talk about it? This heavy-metal-loving, larger than life bodybuilder, who coaches athletes and works social media on a daily basis, is on his way to becoming one of the industry’s biggest success stories. His staying power is a matter of record. Who knows where Craig will be in the next year, 5yrs, or a decade down the road? I see his star continuing to rise, especially as he continues to work with other big names in the business, gives interviews, and continues to work his tail off on social media.