CRAIG TITUS: THE MOST TROUBLED IFBB PRO BODYBUILDER EVER? 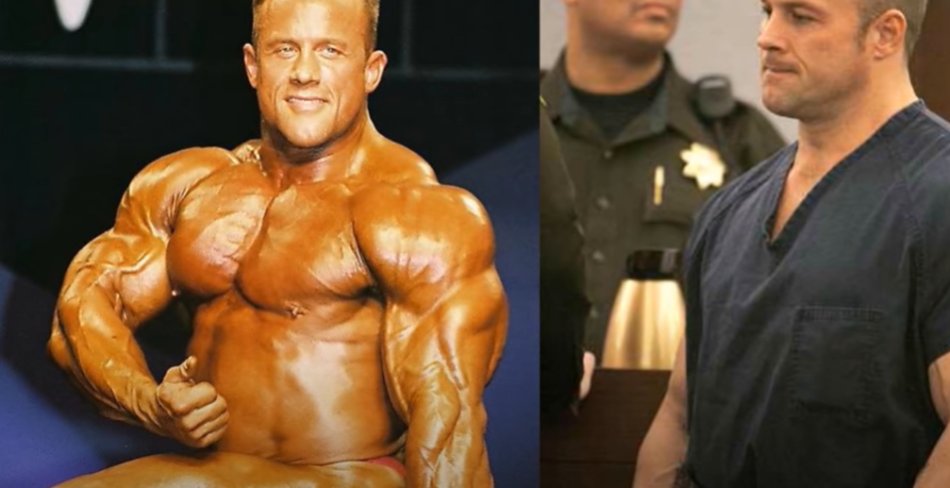 If you’ve spent any time in the industry or have been a fan of bodybuilding for a while, a name you have probably heard (and not for good reasons) is Craig Titus. In fact, the name Craig Titus as well as his ex-wife, Kelly Ryan, are two highly searched names on Google. Both Craig Titus and Kelly Ryan were competitors in the fitness and bodybuilding industry, Craig is an IFBB Pro Bodybuilder where he competed in the 90s and 2000s and Kelly as a fitness competitor.

As it stands right now, Craig is 53 years old and is sitting in prison until what looks like December 23, 2026 (which will make him 59 when he’s released). Now, it’s not uncommon to hear of bodybuilders getting in trouble with the law. More times than not, it’s due to being in the possession of or selling anabolic steroids. Whether you think that is a real crime based on the data of the use and benefits of anabolic steroids is a completely new article that can be written at a later date.

But Craig, himself, seemed to be in somewhat of a downward spiral and even other bodybuilders who were around him saw a dark side that worried them and they were not only vocal about their concern to him but since he’s been sitting in jail, many of them have commented regarding his troubled past and poor decisions.

I published an article on Kelly Ryan a couple of years ago and it has been a highly searched article ever since it went up. The duo made headlines which lead to them being arrested (more of this to come). With that being said, I want to raise the question as to if Craig Titus is the most troubled IFBB Pro Bodybuilder ever?

If you look at Craig’s bodybuilding resume, the man had incredible potential. He started competing in 1988 where he won the middleweight division as well as the overall at the NPC Houston Bodybuilding Championships. Following his win, he placed well up until 1996 when he won his IFBB Pro Card at the NPC USA Championships. But something happened in 1995 that put Craig Titus on law enforcement radar.

April 1995, Craig was arrested and plead guilty to possession with intent to distribute ecstasy. While it cannot be confirmed, it has been said that Craig was also a user of the drug which is why he had it in his possession. Craig then appeared before a judge and got what many at the time thought was a slap on the wrist of 16 months on house arrest where he was to wear a monitoring anklet at all times. But this was just the beginning for Craig Titus.

Following his release, Craig apparently dabbled with drugs yet again. Clearly, not learning his lesson the first time. However, he did decide to continue perusing his passion for bodybuilding and while he didn’t compete between 1997 and 1999 (due to being behind bars), he stepped back on stage in 2000. He had a good run through 2005 where he was placing in the top 10 consistently but then abruptly the wheels fell off.

Craig Titus married Kelly Ryan where they got caught up in the wrong lifestyle, essentially living the life that rock stars sing about – a lot of sex and drugs from what friends have said. Industry friends of Craig and Kelly have said in interviews that Craig Titus was continuing to use drugs and was said to have been caught up in a sexual relationship with his and Kelly’s personal assistant at the time. Kelly eventually caught on and Craig admitted to the affair.

Everything Went Up in Flames

Craig Titus and Kelly Ryan’s world changed the day they decided to murder their assistant in December 2005. The same assistant that Craig was having an affair with. Many have speculated that the murder was a result of a poor decision due to the drugs being used. Either way, murder is murder and there will be heavy consequences.

As if the murder wasn’t bad enough, Craig and Kelly threw the dead body into the trunk of their Jaguar, drove into the desert (in the middle of the night) and lit the car on fire trying to dispose of the body. Clearly, a fire in the middle of the desert (at night) was seen by people driving on the highways and phone calls were made to police to investigate the blaze. When police arrived, they found a burnt Jaguar with a very badly burned body in the trunk who they later identified as Melissa James.

In an effort to run, Craig Titus and Kelly Ryan drove from Las Vegas to Massachusetts where they were later both arrested several days later. Both Craig and Kelly pleaded guilty to several charges. Craig Titus was convicted of second-degree murder, kidnapping, and arson which carried a 21-55-year sentence. Kelly Ryan was sentenced to 3-13 years and has since been released (in October 2018).

The troubling story of what happened with Craig Titus sent shockwaves through the industry and since Craig, there has never been a more disturbed individual in the industry. With that being said, do I believe Craig Titus or Kelly Ryan are truly bad people at heart? No. But I also believe that good people in the hands of drugs can be extremely stupid people. And I believe that’s the case we all witnessed with Craig Titus and Kelly Ryan. Hopefully, we never experience anything else like this in our industry and everyone can conduct themselves appropriately and keep their nose clean.