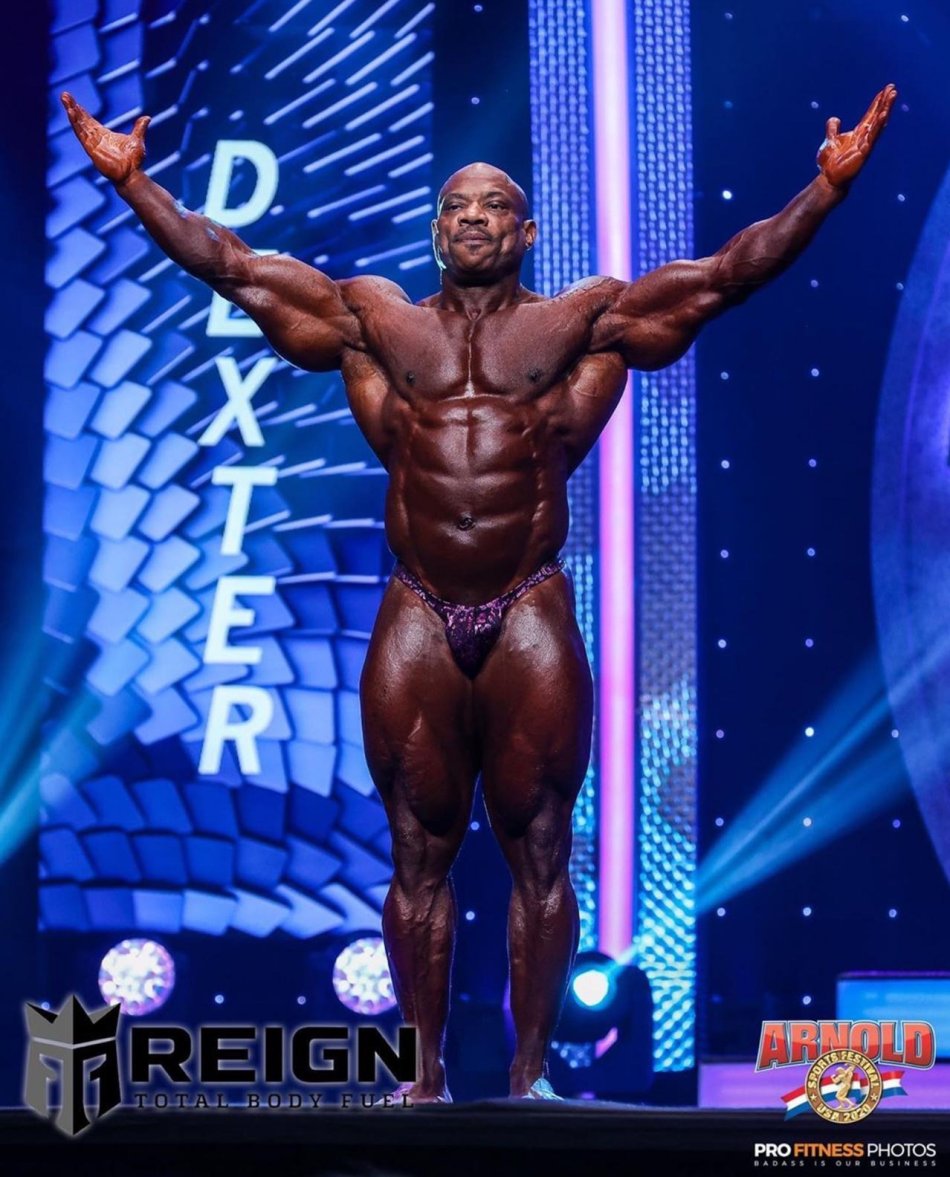 Look, I hate to say I told ya so, but I TOLD YA SO! Dexter Jackson always gets ignored by the press, he’s routinely excluded from Top 3’s, even Top 5’s, and many of the talking heads are far more concerned with his age than his ability to win bodybuilding contests. The fact is, the degree to which Dexter was ignored leading up to the 2020 Arnold Classic was almost obscene. I mean, there weren’t graphics blasted for him, no one was talking about the fact he was vying for #10, and certainly no one thought he had a snowball in hell’s chance of placing well, much less winning.

I’m guilty of the whole “when he’s gonna retire” business, but I stopped uttering that nonsense a few years ago. I didn’t think a guy could do what Dexter was doing at 40+, 45, or much less late 40’s. People change, fans broaden their horizons, but some media personalities just have a knack for staying stupid. The fact is, the only way some of these seasoned “experts” would even consider Dexter doing well is if Bonac was off, Ramy missed his flight, and half the lineup went to Columbus, IN instead of Columbus, OH. It got so bad, that I started contacting media personalities and programs myself. Dexter, even, had to tell me to chill and not take things so seriously. This was nothing new for him. He’d been dogged, undercut, and downright ignored his entire career. To really illustrate my point, it’s only when Dexter revealed that 2020 would be his last year competing, that [some] media took even a remote interest in his prep.

No IFBB Pro has won more contests than The Blade. He’s a Mr. Olympia and 9x Arnold Classic champion. I, too, back in the day, was guilty of not recognizing his 9. I’d only count the U.S. titles, but that’s utter crap. The guy has won 9 Arnold titles and will likely win his 10th or his 11th in 2020. The truth is, a lot of people thought he should have won in Columbus, OH. Notice I said, people and not media. THE PEOPLE have very strong opinions that you will NEVER hear or read about. Even with the net and social media being as strong as it is, the talking heads are the only ones whose opinions seem to matter. They have their own agenda, they push the people who make them the most money, and they really don’t care too much about what the fans have to say or want. Remember that. Media is not a democracy – never was.

One guy who gets hits like crazy, happens to be the biggest mass monster in the game. Although Big Ramy had a rough 2018, falling considerably short of 2017, that’s old news, it seems.. He skipped the 2019 Arnold, skipped the 2019 Tampa Pro (which Dexter won handily), and he wasn’t at the 2019 Mr. Olympia. Nonetheless, all the media outlets couldn’t help themselves but obsess over The Egyptian Phenom. Even with more than a year absence, working with an unknown coach, and never having done the Arnold in his career, he got 2-3x the coverage of a 9x Arnold champion and Mr. Olympia in Dexter Jackson. I wish I was making this stuff up, but I’m not.

When contest day arrived, all the media hype went out the window. Dexter was on point and there to win. Ramy didn’t look very impressive, Kuclo was better but also had several weak points; in fact, no one, except for Bonac and Dexter looked like they could win the contest. Bonac got a nice amount of coverage, though nothing like you’d expect for a former champion and Olympia runner-up. The truth is, William got downplayed quite a bit too. Nonetheless, no one got ignored like The Blade. Most had to eat their words, though, because he was so sharp and in their faces, that they had to give him the respect they denied him his whole prep!!

There’s another type of media pundit that cannot be ignored. I’m talking about the guys who said Dexter “really came back far better Saturday night.” They made the case that if Dexter brought the Saturday night look to the prejudging, that he could have won the contest. That’s a very fair and cool argument, but the only problem is, it’s a false narrative. Anyone who pushes this line, must believe Dexter was off for the prejudging – which he was not. Dexter wasn’t holding water, he had zero distention, his tan was great and he never faded. To suggest he could have won based on Saturday night’s look, is akin to saying he looked like dogshit for the prejudging.

What would have happened if Dexter won the 2020 Arnold Classic? Could you imagine if the guy who was retiring later in the year, won the 2nd biggest title in the sport? I, for one, think Dexter has a solid shot of winning the Olympia, but the critics are already hard at work downplaying his chances. The word is, if Dexter plans on doing two more Arnold’s, plus having competed in Columbus, that he will effectively be so burnt out, that there’s no way he’ll be his best at the 2020 Mr. Olympia. How crazy is that? Not only does he get no love in terms of press, but when he does get discussed, it’s only by pundits who are making it seem like he’s, at best, a long shot.

If anyone knows his body, it’s Dexter. I think he can easily do Columbus, two Arnold’s, hit the stage in Vegas and maybe even do Athleticon the month afterwards and be in top form for all!! Oh yeah…, he did say he was retiring in 2020, but did he ever say the Olympia would be his last show? I’m sure The Rock would love to have a champion like Dexter Jackson on his stage. I mean wouldn’t you?!?!

In closing, I don’t want to take anything away from William Bonac. I mean, even when Dexter was put dead center (switched with Bonac), The Conqueror clapped. It’s clear that if Dexter got put in the middle, even for a few poses, that was it was very, very close. Still, people love to overlook him and they’re all too quick to send him on his way, content with his $75,000 check and his runner-up status – thinking that’s good enough for the old guy. I promise you something, Dexter didn’t go to Columbus just for fun and if anything, this runner-up placing has lit a fire under him. I, personally, don’t want to see him retire. I understand the logic behind it, but it’s totally his call.

There is absolutely nothing standing in Dexter’s way to beating Bonac at their next showdown, and as much as I love Brandon, there’s nothing physique-wise, condition-wise, or presentation-wise that decisively prevents Dexter from beating him, either. I don’t care if Dexter does retire in 2020 – if he’s the best of the best on the 2020 Olympia stage, he will win that Sandow.