DO BLUE LIGHT BLOCKING GLASSES WORK OR DO THESE BRANDS ONLY SEE GREEN? 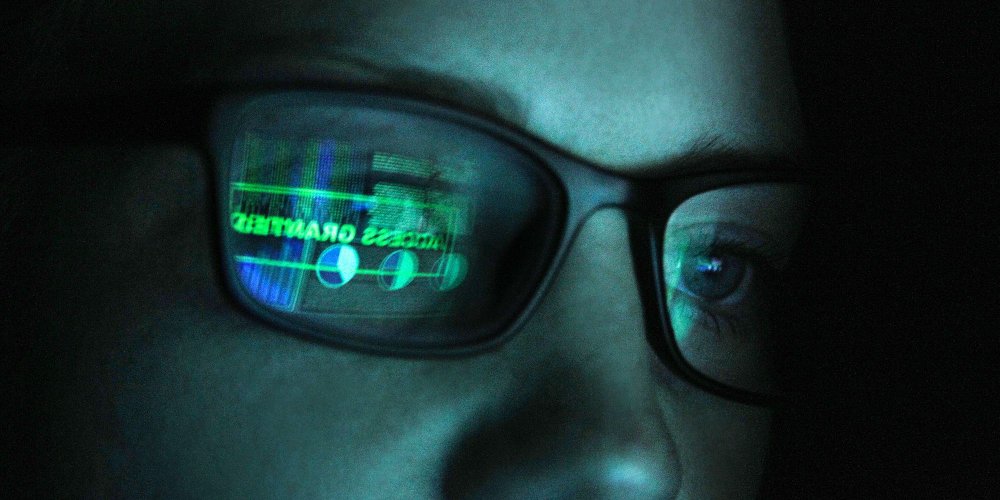 Far too many people who live an active lifestyle only focus on their healthy from a physical or even mental standpoint but neglect things such as eye health. Think about how your day is structured and how much time you spend in front of devices such as computers, laptops, smartphones, and tablets. We’re probably talking about hours upon hours staring into what is known as “blue light.” So, should you consider blue light blocking glasses to reduce potential side effects, or is blue light craze one big scam?

If you’re like me and spend the majority of your day in front of a screen, blue light blocking glasses could potentially alleviate some of the symptoms associated with too much screen time. Do you find that in the middle of the day or even after work you have a headache, your eyes hurt, they’re dry, or in a more severe case you have blurry vision? If so, blue light could actually be the cause.

What Is Blue Light?

Without getting super nerdy and scientific, blue light is essentially a color in the visible light spectrum. It has a short wavelength and produces a large amount of energy. What many fail to realize is that blue light is all around us and isn’t strictly found in our devices (artificial blue light), even though that’s a huge concern.

When you look around you, just about every single electronic with a screen produces blue light. Even LED and fluorescent lights emit blue light. But we are also exposed to blue light every time we are outside in the sun. Interesting, no? The sun gives off natural blue light rather than artificial like through the devices we use religiously.

The general thought and what some research has shown is that long exposure to blue light can cause eye damage due to the blue light passing through the cornea and lens and directly into the retina. Of course, as with everything else, we need to be fair and also state that there are studies that show the complete opposite and that blue light is not harmful at all. Clearly, more research needs to be done in order to come up with a definitive answer and stance.

In the meantime, people have been finding success through the use of blue light blocking glasses. Are they for you? Let’s discuss.

Statistics are pretty powerful and when looking at the number of people who use devices and report symptoms is pretty high. In fact, 70% of adults that use electronic devices regularly throughout the day have reported digital eye strain.

If blue light blocking glasses can alleviate these symptoms it would be totally worth it, right? Of course. And research has shown that blue light exposure at night can disrupt your circadian rhythm and melatonin levels which means that you may not get the quality sleep you need each night – which leads to sleepless nights and even extreme cases of fatigue the day (which can kill your productivity in the office, at school, and in the gym). The blue light causes our brain to tell our body to stay awake, which at night is not a good thing.

When you pick up a pair of blue light blocking glasses, they may look no different than any ordinary pair of glasses. However, some may notice a pale-yellow tint to the lenses. Other than that, you can wear them all day long and people would think you’re simply wearing a normal (maybe even stylish) pair of glasses.

For starters, I don’t believe anyone’s marketing – I don’t care what they say or how many studies they claim stand behind their product. I am the biggest skeptic you’ll find and feel most brands hook you in with their marketing and rarely deliver on their promises. So, with that out of the way, my wife convinced me to get a pair to try.

Here’s a little background info on me… I spend a minimum of 14 hours per day in front of a screen (laptop, phone, and/or tablet). Looking at that number it is actually quite disturbing. However, my business revolves around writing content and copy for brands who hire me for my writing services. A couple of times each week I get terrible headaches and more times than not, by the end of the day my eyes hurt.

I looked online and found a bunch of different brands and styles of blue light blocking glasses and settled on a pair by the brand Blenders. No, this is not a paid promotion, I simply decided on them due to their price ($48), frame style (round, so I can totally look like a dork in the office), and the fact that they didn’t have their logo all over the place like I was some sort of human billboard for their brand (I hate that).

After spending my first week using the blue light blocking glasses, I personally noticed that my eyes actually felt better. Now, it’s my opinion that this isn’t a placebo effect as it’s hard to subconsciously tell yourself to not get a headache or have your eyes hurt. But again, that’s my opinion.