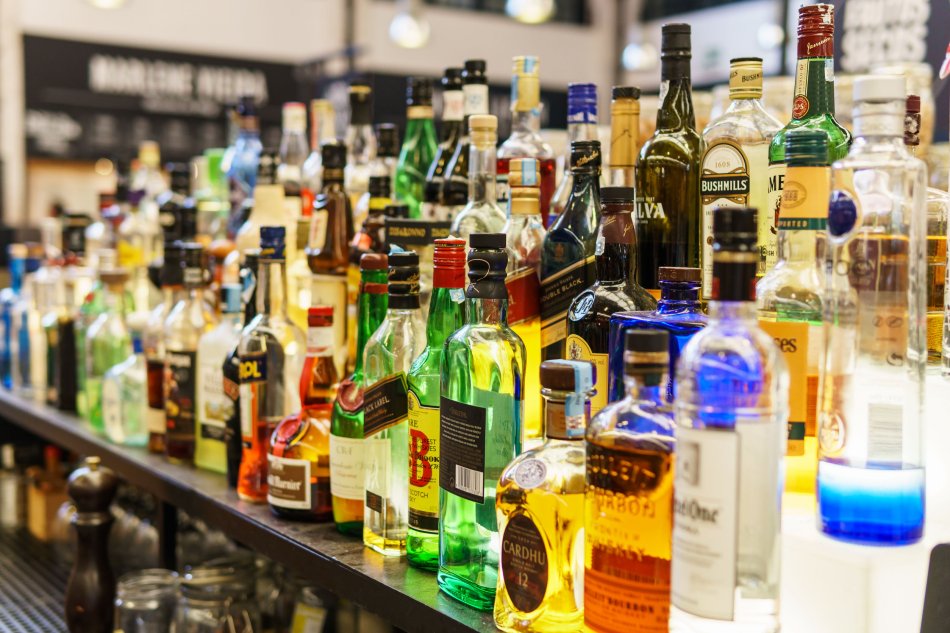 I’m not the brightest light bulb out there but even a blind squirrel finds a nut once in a while. So, let me get this straight. Businesses are being forced to close their doors (against their will) in an effort to slow down the spread of the Coronavirus (COVID-19). Governors are out there telling everyone that all non-essential businesses are to lock their doors and cease operations for the time being. But guess what’s open? The liquor stores. I kid you not. Meanwhile, they have forced gyms closed over this whole mess.

Again, it’s pretty easy to pull one over on me but even this has me scratching my head. How in the bean bag are gyms closed but liquor stores are open? What makes liquor stores “essential businesses” that they can stay open? Does the government think we are all a bunch of alcoholics? (Don’t answer that). But seriously, what the flippin’ hell is going on here? Even with gyms closed, governors are telling people they can’t even exercise outside. What does that have to do with anything? You can practice social distancing while still getting in a killer workout outdoors.

For most people out there, hearing that gyms closed is no big deal, they’re fat, lazy, and had no intention to lift a finger during their lockdown anyway – to them it’s a party. But on the other hand, we have people who care about their health, constantly exercise to boost immunity and improve their overall health that are being punished. I guess skip the gym and start drinking is the solution?

No, it’s not some crazy CrossFit WOD, I’m talking about bourbon whiskey. Ok, that’s a joke – kind of. Let’s get serious for a second (only a second though). What part of essential or life-sustaining does a liquor like Wild Turkey partake in? If I’m not supposed to sit down with a nice three-finger pour of my favorite liquor at work, why is it essential enough that liquor stores can be open? Is liquor supposed to help boost immunity?

Of course, you have the people out there buying grain alcohol and vodka thinking it’s going to be better than washing their hands. All you’re left doing is wasting perfectly good alcohol. Seriously though, if you haven’t tried the new Jameson Cold Brew, you’re missing out. Ok, back on topic.

Do You Realize How Dumb This Is?

Sure, people who are upset that the governor forced gyms closed are simply getting in some home workouts – we aren’t lazy like some people who are still making excuses why they can’t exercise. Maybe some of these people who are still working out have free weights in the basement, some resistance bands, or are just using their own body weight as resistance. Regardless, they’re getting it in even though the deck has been stacked against them.

Now, I want to switch gears slightly and get into something a little more serious – ok, a lot more serious. And that’s what happens when people have nothing better to do than consume alcohol during a time like this?

When you are locked in your home, you can’t do much of anything since everything is closed, and you start drinking just to pass the time, it can lead to people getting drunk. And what do drunk people do? Stupid things. Hold my beer. So, I’d like the government to please educate me as to the reason why this would sound like a good idea. Let’s have a virus that is spreading across the world like a wildfire, and then lock people in their homes and promote the sale of alcohol by keeping liquor stores open.

What’s the worst thing that could happen? Let’s discuss the many stupid and deadly things that can happen. Right now, everyone is at home – many of whom are not getting paid because their employer also shut down and doesn’t have the means to continue paying employees (such as small businesses across the nation). When people are broke and are worried about paying bills, putting food on their table, and providing for their family, they can take some drastic measures. Add the stress of what’s going on with those drastic measures and violence can occur.

People want what they don’t have and when they know someone else has it, they’re going to go get it if it means survival. What does this cause? Riots. Civil unrest. Fighting in the streets. We should all consider ourselves lucky that it hasn’t gotten to this point yet. But if things remain shut down and businesses stay closed, schools stay closed, and everyone is confined to their home, it’s not out of the question that things aren’t going to start popping up. And many police forces have come out to say they aren’t responding to theft calls or anything unless it’s life-threatening because they aren’t putting themselves at risk of contracting the Coronavirus.

Add that to the people who were going through a rough time before the Coronavirus and things can quickly get out of hand with domestic abuse and even suicide. Listen, I’m not saying this to promote destruction, chaos, or give people the idea of taking their own life. What I’m getting at is, having gyms closed but liquor stores open is as dumb as dumb can get.

I hope we get all of this under control. I hope gyms can reopen and that we can all go back to living our normal lives that revolve around bettering ourselves, our minds, our bodies, and our communities. But the fact of the matter is, I feel as though the government is only keeping certain places open because they know they can make a ton of money off of it – meanwhile, they are still getting paid while all of this is going on. And shame on them for taking advantage of a situation like this. Never mind the fact that people want to exercise, stay healthy, and boost their immunity. Let’s all just stay home, Netflix and Chill, while kicking back some booze to drink all of our sorrows away. Idiots.