GREG JENNINGS – FROM THE NFL TO THE BODYBUILDING STAGE 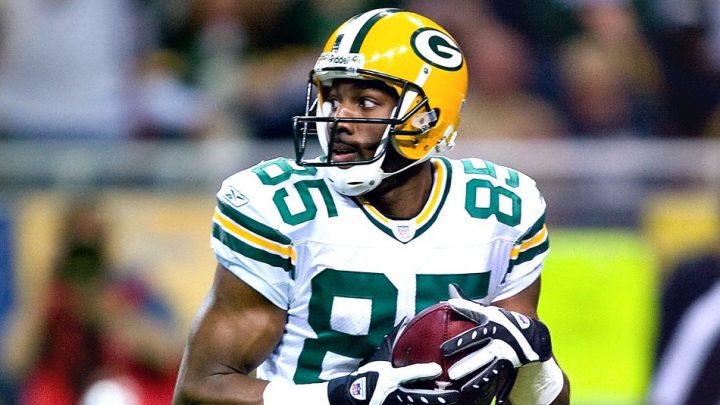 There’s something very special about physique-based sports and the amazing champions it draws. We’ve seen folks who played various sports in high school and college try their hand; there have been pro wrestlers, mixed martial artists, and Hollywood celebs – from radio/tv personalities, tv stars, and even quite a few movie stars too. You can’t forget Mark Wahlberg or Sly Stallone, just to name a few. These guys are bodybuilders at heart. Countless people have seen old school photos of Arnold, the biggest name in our sport, others may have seen footage of Lou Ferrigno as The Incredible Hulk, or more recent shots of The Big Nasty, the G.O.A.T. of all times, 8x Mr. Olympia Ronnie Coleman.

Some people discover bodybuilding through social media or have always had a desire to pump iron, pose on stage, and battle for top honors and titles. While bodybuilding may be a niche sport, speaking in terms of mainstream draws, there are many mainstream athletes who have always been aware of the physique-based sports and have always wanted to compete in them.

One look at former NFL Wide Receiver Greg Jennings and you know this guy wanted this, maybe as bad as he did playing in the National Football League. You can’t embark on a prep period, train as your calories are manipulated, and then get on stage and pose against others, unless you really want it. It’s just not something most people do, especially not someone like Jennnings, whose played for teams like the Packers, Vikings, and Dolphins; he’s also a FOX Sports analyst. When you have someone that practically lives in the public eye, mere talk of doing a bodybuilding show probably drew automatic skepticism. Most people would probably simply ask why? What’s there to prove? But to an athlete, everything!!

Many folks who decide to compete after retiring from their original sports do so because they miss the rush that comes with training hard to meet goals. It’s one thing to train for a physique transformation. You can hold up a newspaper for your before and after photos, you can take selfies at the gym, and when it’s all said and done, there’s bragging rights for sure, but it’s a lonely pursuit. When you train for a physique-based show, you’re of course trying to be the best you possible, but you know there’s a wide range of factors that will, ultimately, rate the quality of your attempt. How good will you look next to the competition? How impressed will the judges be with you? What will you be like backstage, will you doubt yourself, will you lose your nerve? Wouldn’t it be easier to just do something for fun? How do you silence the doubt, break through mental hurdles, and create the consistency and discipline that you need. A person’s really got to want this. Greg Jennings didn’t do this for money, he didn’t do it for fame; if I had to bet, I’d say this was very personal. From his Instagram, I can also see a noted progression over the course of his prep. This was serious business. When you prep for a contest, the people around you can’t help but notice. Your social life will change, your mood might bounce around, but for the most part, as the prep progresses, many people in a person’s camp will notice a certain type of tunnel vision developing. It’s a great kind of focus because it inspires others. They see the discipline and while they may not understand it at first, they grow to appreciate it.

Bodybuilders and other physique-based competitors inspire everyone around them. That’s the #1 way the sport has grown as much as it has. In addition to inspiring others, the athlete in question becomes the center of attention – whether they’re extroverted like that or totally low key – it just is what it is. I don’t care how big and jacked a guy might be at the gym, if there’s competitors on prep in that facility, those folks will get more looks and be discussed more. People at gyms see the dedication, especially if it’s consistent and they’re watching the progression of the physique. While this can be very humbling to most athletes, it also adds a certain degree of stress. No one, especially someone who’s shared their journey on social media, wants to take the stage in anything but their best. Anything short of that, isn’t just a personal letdown, but it’s a letdown to their camp and everyone they’ve inspired along the way. That’s definitely in the subconscious mind.

Another aspect that probably must have weighed on Jennings is how bodybuilding is judged. In football, if you score a touchdown, you get points. In basketball, making a shot equals points. Most sports are objectively judged and scored, but not bodybuilding. Physique-based sports are judged subjectively and while judges have very keen eyes and mandatory poses clearly lay out what’s called for, it’s still largely based on what that particular panel of judges is looking for.

Bob Cicherillo, the voice of bodybuilding, has often broken bodybuilding down best. He often says, “bodybuilding is all about apples and oranges.” You could have two athletes, one could be a mass monster and the other could be 50lbs lighter, shredded, and pose like an artist. They’re both at 100%, they’re both the very best they can be, but it all depends on what the judges are looking for. One panel in Alabama might prefer aesthetics, while another panel in neighboring Mississippi might prefer mass. It all depends where you’re competing, what you bring, and if the stars align, then you might get the win. You might also get runner-up. In football, touchdowns are touchdowns, no matter where you are, but that’s the difference between objective and subjective sports.

Bodybuilding is tough. This isn’t a sport that Greg or anyone else just did for fun. Although I’ve never had the pleasure of speaking with him, I do hope this article will get to him and I do hope to interview him at some point. I can, almost, assure you for a fact, that he had to work hard, that the whole prep process was challenging, and that he gave it his all.

That being said, I have a feeling we’ll be seeing him compete more, possibly vying for a pro card. Guys like Greg Jennings are natural born superstars, they’re competitive by nature, and they want to reach for the stars. That sums up the vast majority of the men and women I’ve interviewed and known in physique-based sports over the course of the last ten years. It’s a very special, very close knit community. It’s a family, is what it is.

Are you following Greg on social media? If not, you really should! Here are some links for the Super Bowl Champ!!