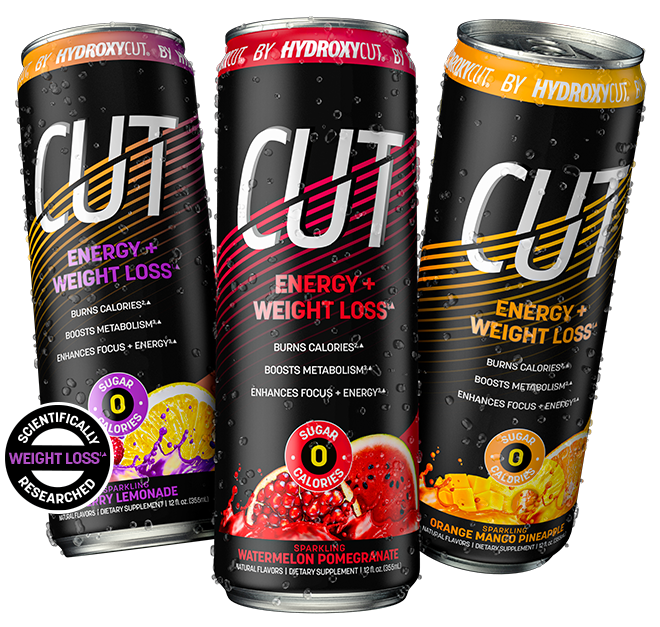 I remember back in the day, when if you wanted to lose weight, you went to your local supplement store and picked up a bottle of Hydroxycut – it was THE go-to weight loss supplement. At the time, it was under the MuscleTech label but has since branched out on its own and has seemingly disappeared from the sports nutrition side of the industry and has gone more mass market. While to each his own, the name is no longer on the tip of anyone’s tongue (at least not in our industry). Now, they are launching what they are calling Cut energy drink.

But hold my beer, this is where things get crazy. When you venture out to your local supplement store, you’re going to be hard-pressed to find any Hydroxycut products on their shelves. Why? Because they are now sold at every FDM and wholesale location in existence. They essentially turned their nose up at the specialty channel (in a similar manner that EAS did).

That’s fine, there are much better products out there on the market, so I’m not sure anyone is really missing them, but if you venture over to the Hydroxycut website, you’ll notice that when you click on the “coming soon” banner with the Cut energy drink being showcased, that it says “find us at Dollar General.” I’m at a loss here, so maybe we can discuss this a little.

What Is the Play Here with the Cut Energy Drink?

I’m sure there is a good explanation for this (maybe I’ll consult with Josh Schall on this one), but why Dollar General locations? From what I’m hearing, the energy drink is going to be priced in line with just about all of the other energy drinks out there at around $2 per can. Sure, they are showing that they’ll also sell the Cut energy drink in a 4-count and 12-count, but the placement to me doesn’t really make sense.

I can only speak for myself, but when I want an energy drink, or I’m in need of caffeine, I’m either going to hit up a gas station, convenience store, or supplement shop to grab a can of anything slammed with caffeine. The LAST place I would think to go get an energy drink would be Dollar General. I get it, there are around 15,000 Dollar General locations across the US, but what are their sales projections for Cut energy drink? I don’t know many people who would go out of their way to drive to a Dollar General to purchase this drink. Maybe their local grocery store, though, since they’re normally there every week grocery shopping anyway.

Being that Cut energy drink is going to be priced the same as all the other competitors out there, why wouldn’t they simply go purchase a Bang, Reign, C4, Raze, or any other energy drink? I guess the next thing to discuss would be the profile – which I ain’t mad at… it’s decent.

Why Not Put This Formula in Specialty?

Ok, I know the reason for this… they told the retailers to basically pound sand, and none of them will take the product in but check out this formula.

While the formula has the standard B-vitamins, taurine (1,000mg), and caffeine (200mg), it also contains 250mg of N-acetyl-L-tyrosine, 200mg of green coffee extract, watermelon juice, elderberry extract, 125mg of patented AlphaSize®, 75mg of Asian ginseng extract, and to finish it off, it also includes Huperzine-A.

Each can will be zero calories and zero sugar – appealing to just about any energy drink lover out there. On the can, they have a few key callouts such as “Burns Calories, Boosts Metabolism, Enhances Focus and Energy.” And of course, you can’t have a Hydroxycut product without “Scientifically Researched” in the marketing as well (it’s getting played out).

Nonetheless, in the fine print of their marketing, they state, “People using the key ingredient (C. canephora robusta) for 60 days lost an average of 10.95 lbs. with a low-calorie diet, and 3.7 lbs. in a separate 8-week study with a calorie-reduced diet and moderate exercise. In short-term studies, research shows that caffeine can help temporarily promote increased energy expenditure (calorie burning). Contains caffeine to boost metabolism, enhance focus and increase energy. Based on AC Nielsen xAOC sales data for Hydroxycut capsules.”

The key part of the above is where it says, “Hydroxycut capsules.” Some of the findings have nothing to do with Cut energy drink and what was found through its actual use and application – but rather another product of theirs. The devil is in the details.

However, overall, I’d give the Cut energy drink a ride and see what happens. Cut energy drink seems to be more than just an energy drink, but rather doubles as a weight-loss beverage. The combination reminds me of the VPX Redline days (dang, those things were delicious – I drank so many I’m surprised my heart is still beating).

Hydroxycut is staying true to its roots with the Cut energy drink and tying it in with weight loss, but again I’m left scratching my head at the fact they’re promoting it as being found at Dollar General (not even a mention of Walmart, which is odd).

All in all, if I find a Dollar General in my area, I’m going to stop by and see if they have any in stock to give them a fair shake. Again, the flavors sound delicious, and the profile overall isn’t bad.