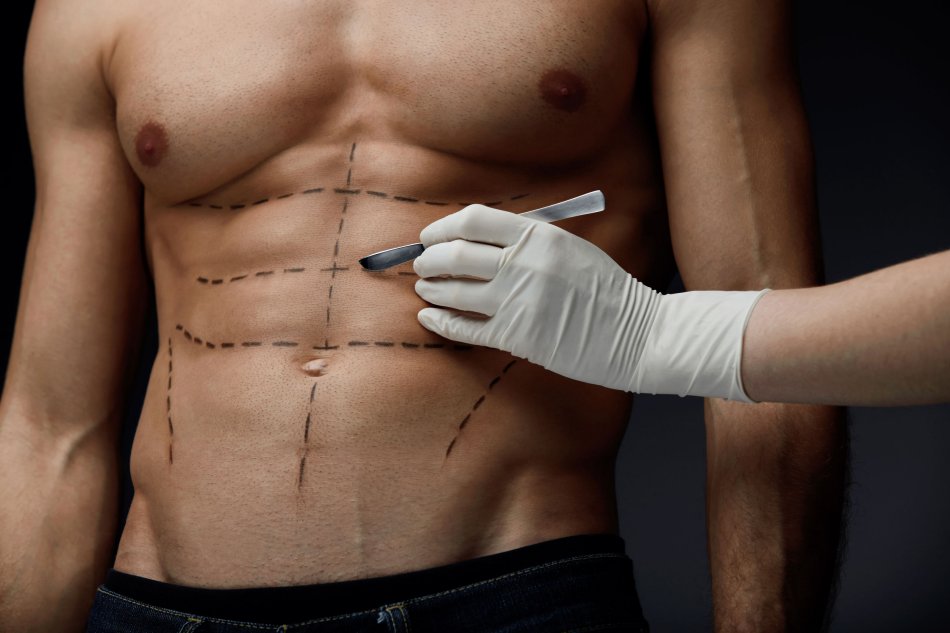 So many people these days are judgmental and sensitive to how people look. Bodybuilders only look that way because of steroids. She’s too skinny and fit, she must not eat all day. Etc. But, it now appears that people are actually having an issue with how mannequins look. Folks, I can’t make this stuff up. It’s for real.

Honestly, what’s the difference and who cares? Both women and men go under the knife and get things enhanced, fixed, reconstructed, whatever. Some procedures are clearly noticeable, such as going from no boobs to gigantic boobs. But, who in their right mind would have an issue with a plastic mannequin and the way he or she (can you even truly call a mannequin that?) looks? I mean, what kind of person are you if you’re scoping out a mannequin in a retail store or have self-esteem issues from the way an inanimate object looks? It’s literally just an outline of a FAKE person. Yet, people are!

When I go shopping for workout apparel, or any clothing for that matter, I’m generally not even looking for or noticing mannequins. I have an idea of what I’m looking for, so I go in search of it. Some people, however, apparently have an issue with mannequins that have small waists, long and lean legs, perfect boobs, muscular arms, a six-pack, or a package that makes them feel inadequate (why are you even checking inside the drawers of a mannequin?).

I swear to you on everything that is holy that you can’t make this up. People clearly have issues they need to work on. Would they prefer a morbidly obese mannequin? Or would that just set people off for using an “overweight mannequin?” How dare you! Maybe we should use aliens? I mean, seriously. Apparently, you can’t win in this world when it comes to appearance. Not even mannequins are safe from being judged and bullied.

There’s actually research on this!?

Check this out… the UBC Sauder School of Business found that there are groups of people who feel a punch to the gut in terms of their self-esteem when they look at clothing on mannequins. People (both men and women) who had low self-esteem found mannequins to be offensive and hurt their pride. In addition, they had a negative view of the clothing on the mannequin whether it looked nice or not.

One researcher said, “When that mannequin is an example of perfection, it reminds people who are vulnerable that they don’t measure up. The problem is the beauty ideal that mannequins represent. When people feel they don’t meet that ideal, their view of the product dims as well.”

In this study, the participants were primarily looking at mannequins in bathing suits and dresses. I’m honestly blown away by this finding. A mannequin that has no hair and no true facial features is offending people and hurting their self-esteem. So, do these same individuals have issues with something like comic book characters? Do they then all of a sudden hate the comic if it has a ripped guy or female with a tiny waist and big boobs?

What truly confused me is the fact that when the researchers removed the head of the mannequin, the people who were up in arms and had self-esteem issues no longer had them and their opinion of the clothing the mannequin was wearing changed. Researchers believed this happened due to the mannequin no longer looking like a real physique and the participants focused more on the clothing than the overall appearance of the mannequin. Didn’t they just get done saying that they were offended by lean arms, long legs, and small waists? There wasn’t even a mention of a head. This makes absolutely no sense to me.

So, according to the results of this study, if fitness models were to cut off their heads, would society then not be as judgmental in terms of their “perfect physique?” Would bodybuilders FINALLY be accepted if they would all just lose their head? This is such nonsense. I can’t even believe that this study is legit. Who would have thought of this? It almost seems like it was done as a joke, yet the results showed something crazy. Almost like it was a “hold my beer, watch this” type of thought process.

Retailers are blown away by these findings. Who would have thought that the appearance of their mannequins could affect the shoppers purchasing behaviors? Many retailers are now thinking about using “half mannequins” in hopes that it gives buyers a better experience while shopping and that they will purchase more merchandise.

A researcher from the study mentioned, “When consumers know what pushes their buttons, it’s empowering. It lets people see what the product looks like on a body, but it doesn’t give them the full picture, which seems a little tougher for people to deal with.”

Personally, I think people are just way too sensitive. If your self-esteem takes a blow by looking at a mannequin, maybe you have some insecurities that you need to work on with your own body. Such as, start exercising if you currently aren’t. Or watch your nutritional intake if you feel you could lose a few (or 50) pounds.

Mannequin lives matter too. And if you take this world that serious that you’re offended by mannequins, I’m sorry to say that you’ll never make it out of this world alive.