IF SPECTATORS ARE NOT ALLOWED AT THE OLYMPIA, WILL COMPETITORS SIT OUT? 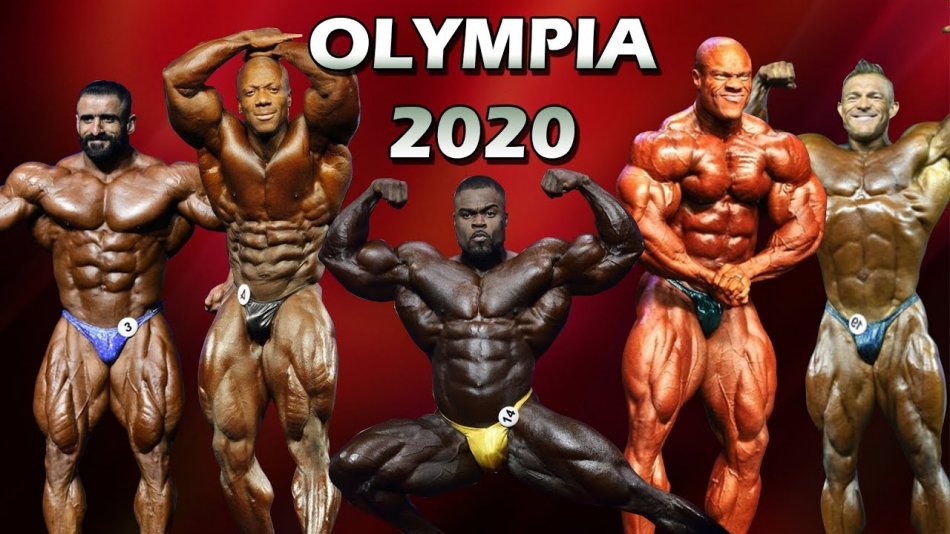 2020 has been the ultimate “hold my beer… watch this” kind of year. I wouldn’t think twice about it if all of a sudden, we were told aliens were coming to invade the world and it could mean the end of civilization as we know it. But seriously, this year has been the ultimate cluster, to say the least. Bodybuilding and fitness shows, as well as expos, have been canceled around the globe and the most coveted of them all, the Mr. Olympia, was even pushed back to December.

The Olympia team seems pretty confident that this year’s Olympia will go off without a hitch, but do we really expect them to tell us everything right now is up in the air and every day brings new challenges that could put the show in jeopardy for this year? No, I don’t think so.

With all of that being said, I’m not sure if the Olympia is even going to happen. With the way that sports and athletics have been going, the Olympia may not be able to be held and it is completely out of their control. Heck, just this week there were talks about canceling all fall collegiate sports. Could you imagine no college football this fall? Talk about weird.

But let’s look specifically at the Olympia. With professional sports being told they can move forward with their seasons, the caveat to all of it has been the fact that they were told they may do so but without spectators. For those who love the game, sure, they’ll be upset that fans aren’t there, but they’ll still be able to play, and have it televised where people can still watch (which most fans simply watch from their couches anyway).

Will Competitors Sit Out the Olympia If Fans Aren’t Present?

All I’m going to say are two words… ARNOLD CLASSIC. To this day, people are still pissed off about how the show was handled and all of the confusion, and that was at the start of the whole coronavirus outbreak. People who wanted to go to the Arnold just like at the Olympia plan a year in advance to book their hotel, book their flights, etc. If the Olympia is, indeed, in jeopardy of not happening, I certainly hope they don’t get the pushback that happened at the Arnold or it could absolutely hurt their attendance in the future.

Something else to consider is the new date for the show. It’s literally a week before the holidays. Are people willing to move and shift plans around to accommodate a trip to Vegas to watch the Olympia? That’s a tough question. The holiday season is insane enough. I know that with how crazy the holidays are for my family and scheduling trips to see family across the state, it’s going to be impossible for me to even think about making the trip out to Vegas to watch the Olympia. I wonder how many other people are in the same boat? Including competitors! That said, I’d definitely tune into the live stream.

My question that brought up this article is, “Will competitors skip the Olympia if fans aren’t in the seats?” I ask this because I watched an interview Dexter Jackson did with Dennis James on Instagram and he mentioned that this may not be his last Olympia like he planned. He mentioned he can’t go out with zero fans in attendance – and I don’t blame him.

But that brings up the speculation of if he and many others may not even prep for the Olympia if the fans, the excitement, is not there. Essentially, it would be a posing practice for the competitors only there will be judges sitting in the front (with six feet between them). Is that really exciting? I understand it’s a much-needed paycheck for many competitors, especially considering they are missing more than half of the bodybuilding season without any money from placings.

That causes another issue, how will people qualify if shows keep getting canceled? What if we are in August or even September before the main shows start where competitors can qualify for the Olympia? How many competitors are simply looking at this whole year as a wash and because of everything going on will simply sit out the entire 2020 season and hope 2021 isn’t a repeat of the previous year?

Jake Wood and Dan Solomon Are in a Tough Spot

For starters, Dan Solomon is the man and if anyone can create one hell of an Olympia production and weekend, it’s Dan – and he’s proven that. That said, he’s got to be sweating bullets and pulling out his hair with so many things up in the air. He did a great job moving the event and changing hotels to a MUCH better location, but with so much up in the air, by the time December rolls around he’s either going to be bald or totally gray – and rightfully so.

And if there’s one person who’s probably glad they shave/buzz their hair, it’s definitely Jake Wood. Could you imagine dumping all of that money into buying the Olympia and all of the media that comes along with it and then being handed a year full of coronavirus scares? I’m not sure the exact dollar amount that Jake Wood paid David Pecker, but in 2002 Pecker purchased the Olympia for $350 million. So, you figure Jake had to pay a figure with at least a couple of commas. That’s a lot of money to throw around without knowing if your investment can even be held in 2020.

Is It a Good Idea to Simply Cancel the Olympia?

While I’d hate to see that happen, with so much up in the air and in fairness to the people who booked their travel and everything, canceling it early enough where people can get their money back and be refunded would be a good idea. Also, if I were a competitor and started my prep and November (or even December) comes and THEN it’s canceled I’d be pissed that I gave up all of those months where I could have been adding size in the off-season not to mention restricting my food intake and dieting down for absolutely nothing.

The unfortunate thing is that there is no “good outcome” through all of this. Whether or not the Olympia happens there will still be a cloud over the head of the industry at no fault of its own. This whole coronavirus thing has robbed us all of our livelihood and entertainment. All we can do is cross our fingers that everything goes back to normal – sooner rather than later.