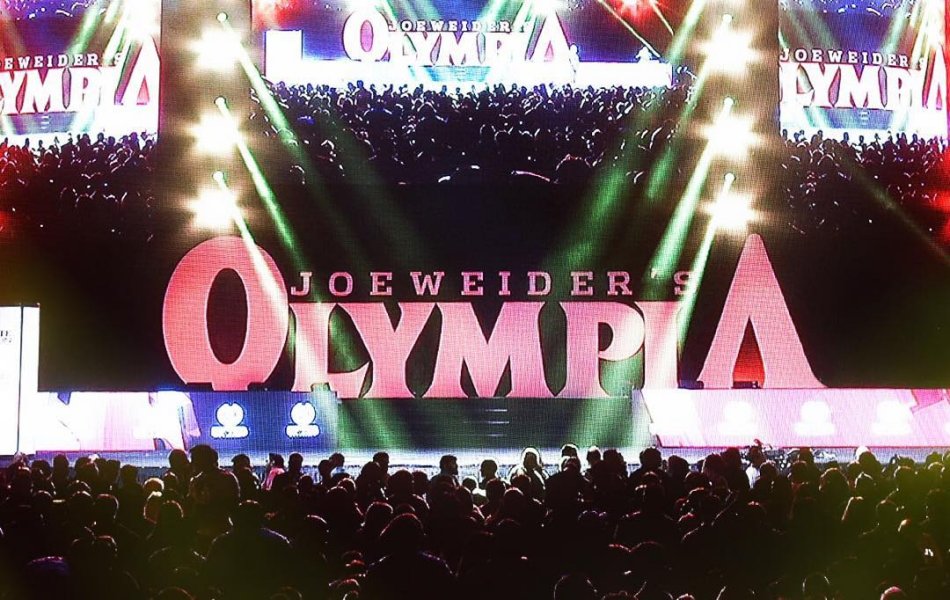 When news that the Mr. Olympia had been put up for sale and that Jake Wood of Wings of Strength purchased it, the news spread like wildfire. Over the course of just about five years, WOS has put Women’s Bodybuilding back on the map, with a consistent number of top notch events, partnering up with great promoters, and earning the left-for-dead division considerable fanfare.

The truth is Women’s Bodybuilding has always been popular, always inspired countless, and always changed lives. I was so glad to see it given the respect it always deserved. WOS saved the day!! These contests came just as countless women were hedging their bets – either retiring or dropping down to the Women’s Physique Division. Wood, being a visionary he is, fought against the current and invested a great deal of time, effort, and resources into realizing his vision.

When Dan Solomon founded Digital Muscle, he created a site unlike any other; he embarked on building a bodybuilding hub and that’s exactly what he did. DM didn’t lend itself to all the bickering of other sites. While others feuded, Solomon recruited the most talented people in the industry, putting out cutting-edge content. Over the course of a few years, Dan was ready for a change, but by no means wanted to walk away from his baby. Whoever was to buy the empire, had to have a vision like Dan’s, so it made perfect sense that Jake would be that guy. In fact, Dan had even mentioned my name to Wood, as someone who should work on the page. I sent some emails, over the course of a year, and would have loved the opportunity. Who wouldn’t?!?! In the end Shawn Ray got the gig and what a great choice that was. So between his WOS contests, the WOS media efforts, and then acquiring Digital Muscle, the empire was all but complete. Now, with the Olympia, including a media portfolio which includes Muscle & Fitness, there’s no telling how much Jake can grow the sport.

With all due respect to AMI and David Pecker, that was never a company that understood bodybuilding. Understanding something is also not the same as loving it. With that being said, they did a good job, particularly with the decision to put Dan at the helm in 2019. Dan and Jake have had a friendship for 10+ years, so there’s no doubt that, together, they will accomplish even more.

Jake’s impact was already felt last year, with the announcement that the Ms. Olympia would be returning to the Super Bowl of Bodybuilding. Perhaps with Wood in the driver seat of the Olympia, this might influence those who run the Arnold to consider bringing back the Ms. International. Women’s Bodybuilding’s strongest advocate now happens to own bodybuilding’s most important contest – and it’s not just the Olympia in Las Vegas, but all the Olympia events worldwide. And that’s just it, having the words – bodybuilding and advocate – in the same sentence, is a first, in a long time. It’s going to be great having a real friend of the sport, in the driver seat of its most important event. Who knows… maybe we’ll see FLEX Magazine become a standalone again? Maybe we might see a Women’s Bodybuilder on the cover of FLEX Magazine, on newsstands – EVERYWHERE?!?! (Aren’t these great ideas? I have PLENTY more; Dan has my #).

I have met so many people who have told me how much better the 2019 Olympia was than previous years – that was all Dan and his team. And that was just one year! Imagine what that team, backed by Jake Wood, will do in 2020, 2021, and beyond? Maybe we’ll have more exciting press conferences, more interactive events, and who knows, maybe the event might even move to a nicer host hotel. Anything’s possible with new blood, new leadership, and far more open lines of communication between the leadership and the fans – you know, the people who buy the tickets, apparel, and anticipate the event year-long, worldwide, on message boards, social media, and beyond!! Making the fans happier, is the recipe for success, and they, believe you me, NOTICE AND APPRECIATE every single effort.

With new events like Athleticon on the horizon, the Olympia will need to keep it fresh, and really keep up with the times. Although it’s the top title in the sport, that does not mean that the athletes will always make it their #1 stop. Just two days ago, I may have entertained some hypothetical situations where the Olympia might experience some stiff competition from the Arnold and/or the new event in Atlanta, but now, there isn’t a doubt in my mind that the future will be bright and prosperous for all concerned.

Another key component to Wood owning the Olympia, is the fact he truly values the role of media. Media is very important. That being said, the media usually gets treated like crap. I have had the pleasure of working closely with Dan Solomon and Shawn Ray over the years. It makes me very happy that both of these guys are where they are and I think that greater inclusion of both industry media, as well as mainstream media, will undeniably raise the production value, increase word of mouth, and bring more fans to the sport. That’s the bigger picture. We all want to grow bodybuilding, right?

Unlike the previous owners, Jake bought this event, knowing exactly what he was in for, and knowing exactly how to grow it. This event, and its media portfolio, isn’t just one of many different assets he looked to acquire. Who and why someone invests in an existing event makes all the difference in the world. Obviously, all businesspeople want to make a profit – they’re not running charities, afterall; however, there’s also many different ways to make a profit. An event can basically be run the same way, year after year, and still be profitable. Or, an event can consistently reinvent itself, look to engage new audiences, and be profitable that way too. You can be profitable, many different ways. I suspect the Roaring 20’s will be very kind to bodybuilding, thanks in huge part to Jake Wood.

The sky’s the limit right now for bodybuilding. This is quite possibly the best news any of us could have ever hoped for. I think we’re all going to have our socks knocked off this September, at the 2020 Olympia Weekend!! Be absolutely sure to be there!