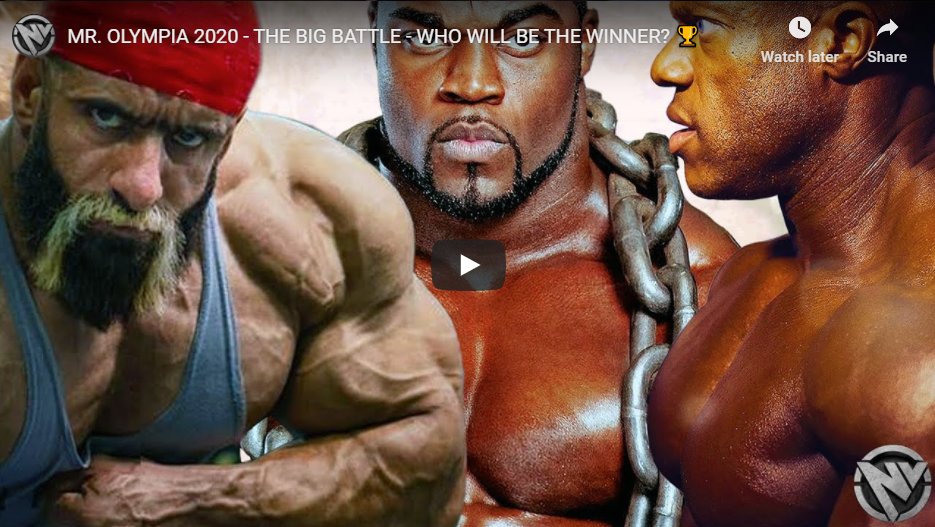 Bodybuilding fans around the world breathed a huge sigh of relief when Chief Olympia Officer Dan Solomon made the announcement that the most prestigious contest in physique-based sports would be moving to Orlando, FL.

The reason a lot of fans were growing more and more concerned was because of the direction Nevada state officials were moving. Initially, the Olympia was to be held in September (as it normally is), but in order to ensure it happening with an audience, it was moved to December. As Covid numbers increased in the state, many were concerned the Olympia would be capped at 250 audience members. This would have been horrible news for a contest that draws VIP’s, fans, media and businesses from all over the world. Fortunately, Solomon and his team, along with owner Jake Wood held an emergency meeting to see where the event would be most successful.

As of late, Florida has become a go-to place for many contests that would otherwise have been postponed (yet again) or cancelled. In fact, Florida has been the home of the NY Pro, the Teen, Collegiate Masters Nationals, and others. In fact, Orlando (the new site of the 2020 Olympia) is also hosting the NPC Nationals. Florida’s three southeastern counties (Dade, Broward, and Palm Beach) are also heavily restricted so that’s added some complications, as well. Nonetheless, when life gives gifted leaders lemons, they make lemonade.

With regards to the event itself, this is shaping up to be one of the most competitive years – ever!! Fans are beyond excited at the prospect of The Persian Wolf, Hadi Choopan getting on stage. In 2019, he was crowned The People’s Champion and took a commanding 3rd place. Others can’t wait to see the improvements made by 2020 Arnold Classic Champion William “The Conqueror” Bonac. Many fans can’t wait to see Big Ramy, who despite contracting Covid 19 and being sidelined from competition in Spain, was granted a special invite, allowing him to compete in Orlando, FL. I, for one, don’t think anyone is going to beat 2019 Mr. Olympia Brandon “The Prodigy” Curry, but many fans online are dying to see the comeback of 7x Mr. Olympia Phil “The Gift” Heath, who’s determined to tying the records set by 8x Mr. Olympia Lee Haney and 8x Mr. Olympia Ronnie Coleman? Can Phil win? Will Brandon repeat? Will Hadi be the upset? The fans can barely contain themselves so the fact that the event will happen in a region where other big contests have gone on without hitch, is fantastic news.

While other contests like the NY Pro and the Arnold Classic are extremely important and have huge purses, the Olympia is the tried and true, defining contest of our sport. It’s the only event whose winner can say he/she is the very best in each respective division. There has never been a year where the event wasn’t celebrated and new owner Jake Wood was ready to move heaven and earth to make sure it took place. Moreover, the production value is of utmost importance. This one event serves to showcase everything the sport is and can be, to the mainstream world. It was always the dream of Joe and Ben Weider to see bodybuilding as a mainstream sport, as an olympic sport, even. And I must say that bodybuilding is no longer the cult sport it used to be and that’s owed to the growth of the Mr. Olympia, the event’s presence on social media, and the expansion of the fitness industry.

10-20 years ago, many of the sports supplement products we take for granted, today, were only available at health food stores, but today, nothing could be farther from the truth. You can walk into Walmart, Target, even CVS and Walgreens, and find pre-workout powders, protein bars, and creatine. Not only is the mainstream public more at ease with bodybuilding – both in terms of training and familiarity with the competitive aspect of it – but it’s no longer the butt of jokes, it’s no longer weird. That’s huge!! The Mr. Olympia, and the Arnold Classic to an extent, is directly responsible for changing public opinion. Also, Arnold, himself, is a huge part of this second look by the mainstream public. Arnold won the Mr. Olympia 7x and is, arguably, its greatest ambassador of all time.

In addition to all but guaranteeing the show will go on, the move to Orlando also promises a far more successful expo. Whereas companies may have had all sorts of doubts insofar as the size and breadth of the expo in Vegas, Orlando has already been home to many of the biggest shows in bodybuilding. The fact that others big contests have seen huge successes there, will undoubtedly create a far stronger sense of optimism and hope when it comes to big companies shipping entire booths and sending crews to work the expo. Fans will also flock to this event in droves because this is where they’ll get to meet the stars they look up to, the stars they want to look like.

While some promoters may have postponed or taken their chances, when it comes to the Olympia, you’re dealing with the cutting edge of our industry. These folks are the trendsetters, the pioneers, and innovators who show everyone else the way. As always, Dan Solomon, Shawn Ray, Bob Cicherillo and of course, owner, Jake Wood lived up to everyone’s expectations and far surpassed them!!

Are you excited about the 2020 Mr. Olympia? I know I am!! I look forward to seeing you there.