MUSCULAR DEVELOPMENT IS THE LAST STANDING MAGAZINE: DO THEY HAVE AN ADVANTAGE? 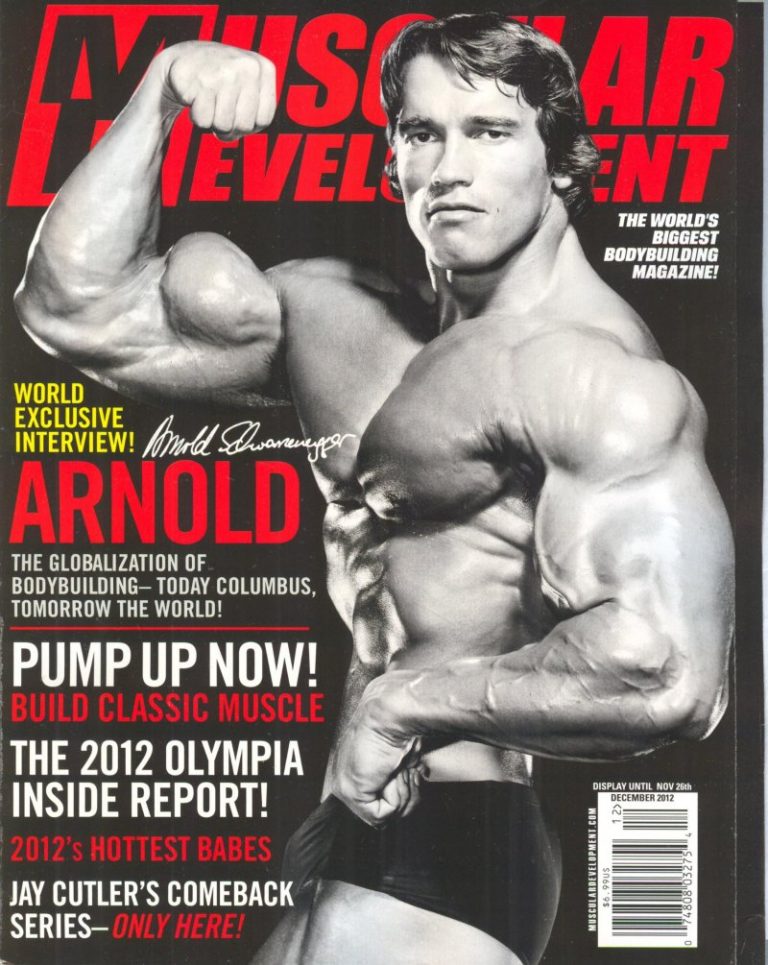 I can’t begin to tell you how much I enjoyed reading bodybuilding and fitness magazines back in the day. When an issue would show up in the mail, I was like a kid in a candy store. I’d sit down and read the magazine from cover to cover without stopping. I wanted to take in as much information as I could and dive deep into the industry. Unfortunately, print magazines have died off. Yet, there is one left standing after the rest pivoted – Muscular Development. Either Steve Blechman, the owner of Muscular Development, is completely nuts or he feels he has an advantage now. Which of the two is it or both? Let’s discuss.

The Death of Print Magazines

What is there to say? You’re reading this article online. Probably shortly after it was published, right? That’s the power of the internet and the digital age. Before social media and blogging were a thing, everyone would open up their mailbox hoping a bodybuilding magazine was there. But that’s all changed – that is unless you subscribe to the Muscular Development print issues.

Is there something Steve Blechman knows that no one else does? Or does he not want to give up on the dream that print magazines will forever be relevant? I’m going to go with the latter. Look, I’ll say it again… I loved sitting down with the various magazines and paging through them. But that was many moons ago and now I look for and prefer instantaneous information – as in RIGHT NOW. I don’t want to wait a month to read something.

The interesting part when you think about things comes down to the speed of information. Following the Arnold Classic and Olympia every year, you would either need to pick up the phone to find out who won or wait a month until the bodybuilding magazines had an opportunity to publish the results and pictures in their issue. Let me say it again, we would have to wait a month to find out the results from a show.

Nowadays, you simply hop on social media, and people on Facebook will tell you who won five seconds after the results are given and even show you images while the show is taking place – it’s like you’re there in the seats. It’s all about the speed and transfer of information. That’s the bottom line.

Can Muscular Development Differentiate and Still Make It Work?

I’ll catch some flak for this, but I applaud Steve Blechman and Ron Harris for still pushing to make print work. No one else is doing it, or at least not successfully. Now, I don’t know the sales numbers for Muscular Development subscriptions, but they must be somewhat decent to keep throwing money at it, right? I, unfortunately, don’t have those answers.

The tough task Steve and Ron are given is answering the question of “what would the readers actually want to see in the magazine?” It’s a tough question. Again, by the time the issue would come out, everyone would have already known the results of a show, so would people really want to read about that anymore?

For instance, Rick Collins (a good friend of mine) has a column in the magazine where he talks about anything and everything related to the industry that falls into his wheelhouse. He produces brilliant and well thought out pieces of content that bring a ton of value and information. Want to read his stuff? Well, you’d have to subscribe to the magazine (yes, they have a digital version too).

Muscular Development is still getting some good interviews with the athletes as well and giving them a platform to promote themselves on. The name Muscular Development still has some prestige behind it. Regardless, there will always be something nostalgic about “being in a magazine” that appeals to many people and being able to say you “made the cover” of Muscular Development. Side note, do you think writers will ever make the cover of a magazine? Hmm. I’ll raise my hand.

How Long Will This Continue?

That’s hard to say. It seems like if Steve was the captain of a ship, after finding out the ship was sinking in the middle of the ocean, he’d stay on board trying to keep it afloat. Tossing money into print at this stage (to me) just doesn’t make sense. But then again, it isn’t my money and I’m not here to make a judgment on their decision to continue with the print version.

Are print advertising dollars lower than they were 10 years ago? Absolutely. Everyone is spending their money where the masses are and that’s online. Supplement companies are dropping thousands, if not millions, on Facebook ads, Google ads, and various websites that are willing to give them banner space to get in front of their customers.

Is it possible the Muscular Development print issues are losing money and it’s a slow bleed for the business and essentially not the best business move? Sure. Do I think there will ever be a resurrection of print magazines again? While I wouldn’t say never, I have a very strong feeling that we won’t be seeing such take place.

I’m not sure how much longer we will see Muscular Development in an actual print format. The digital age is here and it’s not going anywhere – in fact, it’s getting stronger with each passing year. I just hope even if and when the transition takes place where Muscular Development goes 100% digital, that they are still able to keep things going and continue to put out content that readers will enjoy and engage with.