PEPSI CAFÉ TO MIX SODA AND COFFEE: SMART OR ANOTHER ME-TOO PRODUCT? 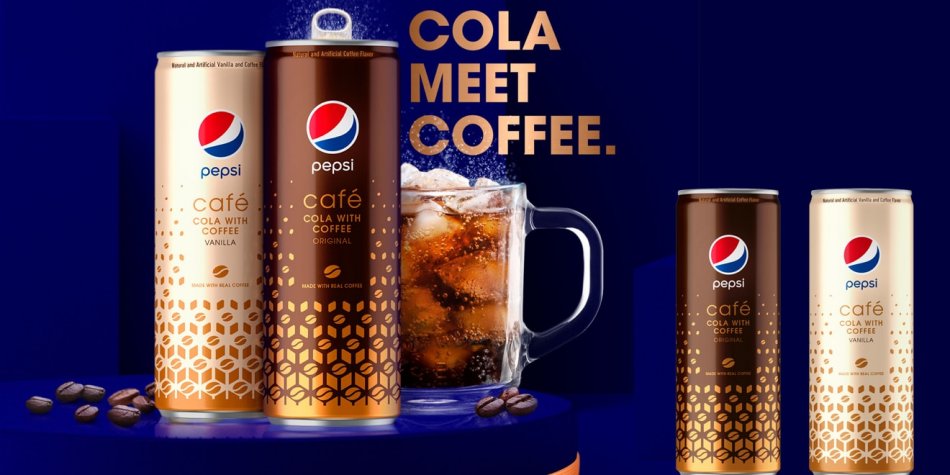 In the past, I wrote an article about Coca-Cola with coffee in it (Coca-Cola Plus Coffee). Now, Pepsi seems to want to play in the same sandbox too. It was released that PepsiCo, in 2020, will release a Pepsi Café beverage that will have a rich coffee flavor along with the cola taste they are known for. Will the Pepsi Café drain people’s bank accounts or will it be a dud?

I’m going to be the first to say that if coffee is involved, I’m down to try it. However, in this case, I’m on the fence. I have yet to get my hands on the Coca-Cola Plus Coffee and to be totally honest with you, I’m not a fan of Pepsi from a taste standpoint. Therefore, I don’t think I’ll be looking to purchase this product unless someone gives it to me or a restaurant I visit is selling it and I can purchase just one glass.

With that being said, I DO believe this product will sell – at least initially. The reason I say initially is that at this point, we don’t know what it actually tastes like, so the initial trial on the Pepsi Café may be good, but if the taste isn’t there, PepsiCo won’t be seeing many repeat buyers.

I see a lot of brands jumping on the coffee bandwagon and it’s something I have written many articles about over the last few years. I see more and more beverage brands (as well as supplement companies) utilizing coffee in products simply for the fact that it’s the most consumed morning beverage in America. People can’t get enough coffee in their lives and what once was just a morning beverage is now consumed at all times of day (even at night when people are sitting down to relax or burn the midnight oil).

What the Press Releases Are Saying…

Pepsi did have at one point a Pepsi Kona which was a cola-coffee product but that didn’t last too long here in the states (the test was back in 1996). This new Pepsi Café is supposed to have around double the amount of caffeine when compared to a regular can of Pepsi (but only making it equal to a cup of coffee) – which is great for those looking for added caffeine in their beverages.

Why Would Pepsi Be Trying to Enter the Coffee Space?

If you look at the statistics, it’s an easy answer. People are starting to drink less soda. Not only is this due to health reasons, but many cities across the nation are now implementing a “soda tax” that heavily taxes sugary beverages. While the consumption of soda is declining, the consumption of coffee beverages is on the rise. Hot coffee, iced coffee, frozen coffee, anything and everything coffee is selling well.

You have brands entering the c-store/gas station space with coffee-infused and coffee-based products. Dunkin Donuts has its bottles of iced coffee available everywhere. Starbucks for a long time has been selling its variety of cold and iced beverages in c-stores/gas stations. It makes sense why brands are entering the space in an attempt to draw the consumers they may have lost due to the demographic no longer drinking soda and get them purchasing again with a coffee product that resonates with them.

Not only that, but at the time of writing this, Coca-Cola has not released its Coca-Cola Plus Caffeine in the US market yet, which would make PepsiCo the first cola brand to enter the space with a cola-coffee product.

There is a caveat, however, and that is PepsiCo is saying their Pepsi Café will only be available for a limited time. I can only assume that means this is a trial and if it fails their can exit without making a mess. But if it catches fire and sales are booming, it would only make sense for them to continue producing the product but I’m not sure of their full strategy on this Pepsi Café beverage. Either way, it should be interesting to see how the product does once it arrives on shelves.

If you’re a fan of Pepsi or even PepsiCo products, I’d say this is worth a shot. Me, I’m a Coke guy but I’m not opposed to trying something at least once. But I’d love to hear what you think of the product if you can get your hands on it early or even once it launches in April 2020.

Leave a comment below and let me know what you think of the product as well as your thoughts on the product (in general) even if you don’t try it. Do you think it’s a good play by PepsiCo and one that will sell well, or do you think it’s going to fail just like their Pepsi Kona did many moons ago?