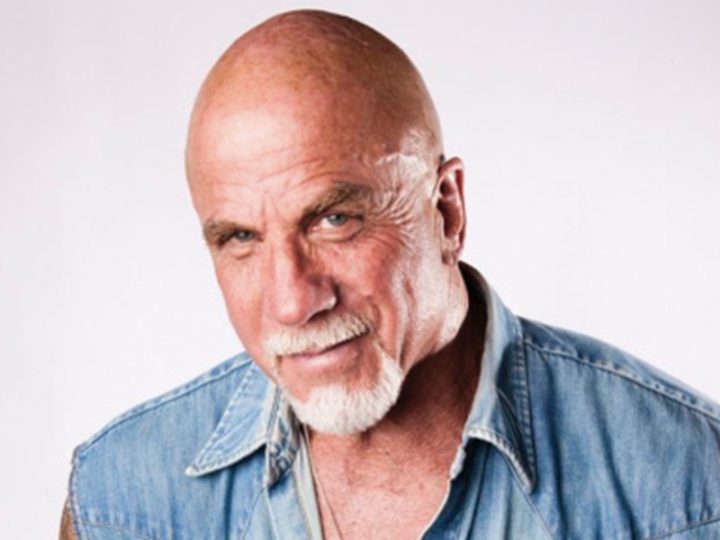 As fans of legendary bodybuilder and wrester Ric Drasin, we’re all praying for our hero’s recovery, as the former Muscle Beach icon is said to be in the hospital after issues arose with a knee surgery he’d had some years ago. Drasin, who was a fixture of the golden era of bodybuilding, has stayed very busy over the years, with his hit program Ric’s Corner, as well as collaborations with industry megastars like Jerry Brainum and his work with major outlets like Generation Iron. Many bodybuilding fans also remember Ric’s short run with Ironmag TV. Drasin, who hosted the series Tips from Ric, was a favorite among many viewers of the network. Viewers enjoyed Ric’s knowledge and passion for the sport.

When someone has spent half a century lifting, eating clean, and interacting with the biggest names in the fitness industry, then they become legends as well. That being said, what constitutes a legend and who are these big names that Ric interacted with? Well, it just so happens that Drasin was Arnold’s favorite training partner. When it comes to names in bodybuilding, there is none bigger than The Oak himself.

Although Pumping Iron would have you believe that Arnold and Franco were inseparable, that movie had a lot of fiction in it. It was aimed at entertaining the public and selling tickets so you can’t exactly blame them. The reality, however, is that Arnold and Ric were the ones who trained daily, they ate the Germans, and they would lay out on the beach to get sun. These old gym buddies were a fixture throughout the Venice Beach scene. Back in the day, Ric would also be seen with Eddy Giuliani, Joe Gold, and countless others. He was known as a guy who with a lot of talent; he was big into movie-acting, he was big into wrestling, and he was of course big into bodybuilding. In addition to all of these many great successes, he was also an accomplished artist, creating the logo for the original Gold’s Gym and World’s Gym – being honored by both gyms for years to come.

What separates Ric from many of the guys of his era is that he’s continued growing all throughout. So far we’ve mostly discussed what he did 30-50 years ago, but it’s what’s he’s done since that’s earned him a wave of new adherents. The internet and social media have made Ric as popular as guys fifty years his junior. It’s not about fake followers, fads, or gimmicks. It’s about reinventing yourself, while staying true to your roots.

To set the many fans at ease, Ric is in good health. His son made a powerful video to let the world know that the Ric’s Corner star would be back within 2-3 weeks. The reason for his hospitalization is over issues with a knee surgery some years ago. The treatment he’s receiving is top notch and I’m sure the doctors and support staff who are attending to him, are well aware they’re dealing with a real A Lister. All that aside, any medical staff involved would be happy to treat a patient who’s a real fighter. Unlike many folks who find themselves in hospitals hoping to get better over the course of time, Ric is already mapping out his comeback to YouTube and the bodybuilding world. The fans have most definitely noticed his absence and they want him back.

If you’re not familiar with Ric Drasin, let me clue you in about who this larger than life guy is. He tells it like it is because he lived in. He often says that was experienced in Venice Beach, CA, between the mid 1970’s and early 1980’s is an era that will never be recreated again. It simply can’t. The camaraderie, unlike anything you’ll see today, was electric. Guys went to the gym because it was who they were; they lifted together, they ate together, and they partied together. From the original Gold’s Gym (which is now a private residence) to the current, sprawling facility, Ric saw it all.

Guys like The Black Prince Robby Robinson and The Lion of Lebanon Samir Bannout, know Ric like he was an old friend – because that’s just what he is. He’s not a reporter, he’s not a fan, he’s a contemporary. Just think about how many memories these guys shared over the years. The memories they have are enough to keep generations after them – hooked. And the friendships have spanned decades. Even today, when Arnold’s entourage comes down an aisle at the Olympia or Arnold Classic, if Arnold sees Ric, the whole army of assistants, staffers, and security come to a screeching halt. When Arnold sees Ric, the friendship is undeniable. Tens of thousands of eyes are trained on these two greats, as they probably talk about their many meals at the Germans, or maybe talk about some of their (now) passed friends. While they’re both at the prime of their life, these guys aren’t spring chickens anymore, either.

One thing’s for sure, when Ric comes back, he’ll be firing on all cylinders. A lot of people love his videos talking about old school nutrition. When you stop to think about it, a lot of the “gurus” today are ripping off the diets that made Arnold, Lou, and Zane. These guys were 90% nutrition. Did they use gear? Of Course. They have never denied it. Steroids were legal then. So what? But they only used when they prepped for a competition and NOTHING like what is used today. Most of the guys looked full, symmetrical, and proportioned all year round. They had commercials, movies, and photoshoots.

Guys like Dave Draper never touched gear and Dave was able to win the coveted Mr. America. The point is, when you looked at how they ate, it said it all. Hamburger patties, eggs, slices of tomatoes and cottage cheese. Who’s going to get fluffy on that? Who’s going to get fat? Except for the minimal carbs in a few tomato slices, these guys were training hard and taking in tons of high-quality proteins and healthy fats. They looked how they did because they didn’t deviate from the plan. They all had a cheat day where they ate carbs and by the second or third day later, they were ripped again. Some guys would skip the cheat meal every other week to be ultra-ripped. It was all about understanding how amino acids work, how sugar sensitivity worked, and how things like water intake and digestion lent themselves to creating the ideal environment for muscle gains. So many people, even today, still think Frank Zane was called “The Chemist” because of his knowledge of drugs. That’s just plain stupid!! He had that nickname because he knew how protein worked – he was an authority on macro and micronutrients.

Ric shares tons of knowledge on training and nutrition; anyone who truly wants to learn, has an entire library at their fingertips. They can even watch videos of Ric giving advice on food-based supplements that can make a real difference. In closing, I’d like to send our good friend Ric Drasin our warmest regards and a strong wish to get well soon.