ROELLY WINKLAAR TESTS POSITIVE FOR COVID-19 DAYS BEFORE THE OLYMPIA 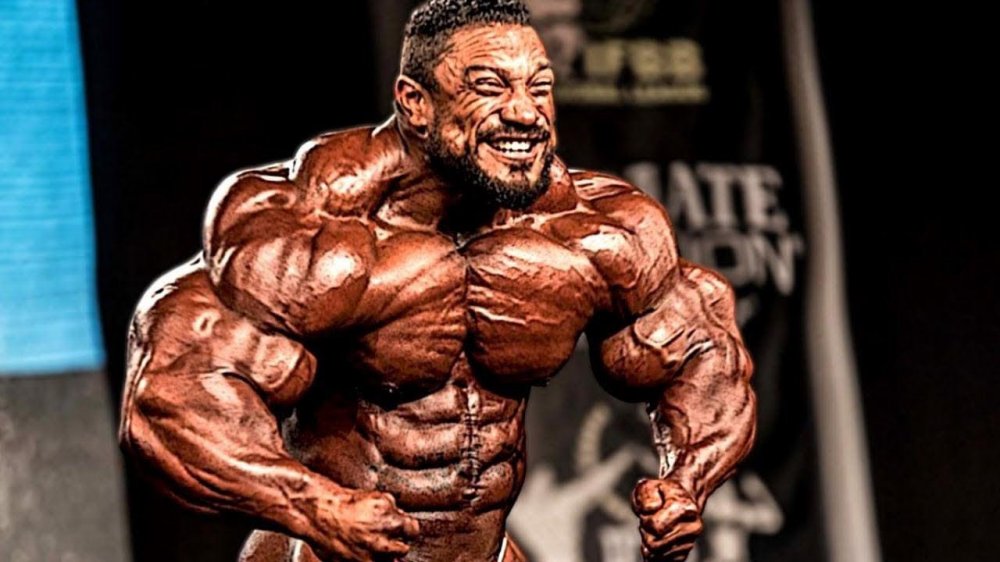 This past weekend, rumors started to surface that Roelly Winklaar may be pulling out of the Olympia. Many would speculate that he wasn’t happy with his conditioning and simply pulled out last minute but being that Roelly seemed to be in his best conditioning ever, many didn’t see that being the reason. Could it be that he couldn’t get a visa in time and was stuck? Or maybe he ran into issues during his travels that kept in him Turkey?

Well, we now know the reason as Roelly Winklaar announced on his Instagram account through a post that he is stuck in Turkey after testing positive for COVID-19. The announcement came less than a week out from the Mr. Olympia contest and was a complete shock. Dan Solomon also confirmed that Roelly has pulled out of the Olympia and will not be making the trip to Orlando, FL. Right now, Roelly’s main focus is on getting better and fully recovering, as he mentioned in his Instagram post that he is experiencing symptoms of COVID-19.

Roelly is just one of many competitors who we will not see on the stage this year, which is a shame as fans were excited to see him jump on stage. Some of the other competitors who broke the bad news that they too will be sitting out of this year’s Olympia include Nathan De Asha, Flex Lewis (who everyone wanted to see what he would bring to the stage as a Men’s Open competitor), Cedric McMillan, and James Hollingshead.

I can only speak for myself, but I think it’s safe to say everyone is wishing Roelly Winklaar a speedy recovery and hopes he can get better and bring his new physique to a stage in early 2021 since he will now need to re-qualify for the Olympia in 2021 since he won’t be able to qualify at this year’s show.

Why Did Roelly Winklaar Wait So Long to Come to the US?

One thing that I’ll never understand is why competitors wait so long to travel from overseas to the US. At the time of writing this article, it has been announced that Hadi Choopan’s visa was accepted, and he’ll be making his way over to the states to compete, but will it give his body enough time to adjust from the flight and potential fluid retention?

While Big Ramy hasn’t exactly had the best 2020 between testing positive for COVID-19 and missing shows where he was supposed to qualify for the Olympia, he at least came over early and is staying with Dennis James and training with him as well.

The fact that Roelly Winklaar waited so long to come over to the states, in my opinion, wasn’t a good idea. If I were a competitor, I’d want to get over here at least two weeks early to allow my body to adjust from the travel and then get everything aligned to finish my prep strong without distractions and worrying about getting here in time for any fine-tuning.

I understand that this year was truly screwed up, but Roelly should have been planning ahead. He should have also taken every precaution necessary to stay healthy. He was essentially training all year to get ready for a show that he can’t even compete in now. That’s got to be a tough pill to swallow for him and his team. I know his fans were really looking forward to seeing him on the Olympia stage this year. Especially after seeing his physique updates that he was posting on his social media.

That’s actually an excellent question. 2021 is already shaping up to be another messed up year. The Arnold Classic has already postponed their show in March, and who knows what the landscape will look like in early 2021 and if shows will even be allowed to take place if COVID is still here.

The best thing that Roelly Winklaar can do is to recover, get his negative test, and go home. Then, get right back on the grind. The 2020 Olympia was going to be a massive show for Roelly. He completely transformed his physique this off-season and looked to be bringing a smaller and tighter package than we’ve ever seen from him. Personally, I think it was the best move he could have ever made by downsizing and really focusing on his conditioning.

If you’ve read my previous content that involved Roelly, my biggest complaint was (similar to Big Ramy) that it seemed like he was afraid to let go of some size and come into the show smaller. Clearly, someone talked some sense into him, and from the looks of his physique updates, Roelly could have done some serious damage on the Olympia stage this week.

Should Roelly Winklaar be able to go home, continue training hard and keeping his diet in check, he could easily jump into the first show of 2021, win the whole thing, and then take 2021 to prep for the Olympia (and maybe even do the Arnold Classic and Athleticon if he was looking to make some more money and collect a paycheck).