THE LION OF LEBANON – A LEGEND AMONG LEGENDS 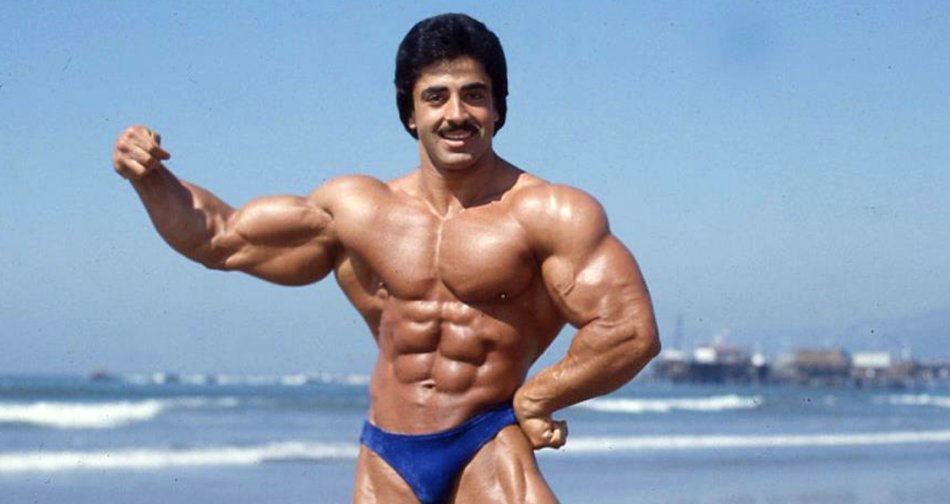 Where to begin when talking about 1983 Mr. Olympia Samir Bannout. The early 1980’s were probably a whole different world than today. Ronald Reagan was the president of the United States, the Cold War was in full force (with neither side appearing to be the clear cut winner), and many countries were torn along political, ethnic, religious and/or class lines.

With regards to bodybuilding, the sport was in a very interesting transition, where the decade started with five different Mr. Olympia winners. In the previous decade, the sport was dominated by three big champions. Arnold won the title six times, Zane won it three times, and Franco won it once. To be totally honest, Franco didn’t really dominate the decade, but his pivotal role in the film, Pumping Iron, made his lone Olympia win extremely marketable. Arnold and Zane, however, truly dominated the era.

Ironically, when the new decade got under way, Arnold returned for the 1980 Olympia, looking good enough to win, but by no means as good as at his prime. Let’s address this a bit. Arnold returned to a sport that was dominated by the likes of Frank Zane, Robby Robinson, and Mike Mentzer, not to mention new athletes who also wanted the title. If his return weren’t enough, Franco then decided to return in 1981. Unlike Arnold, Franco was badly injured, and had he been anyone else, would’ve had a very hard time cracking the Top 5; nonetheless, he won the contest, defeating far better athletes like Chris Dickerson, Tom Platz, and Roy Callender, to name a few. By 1982, it seemed that both Arnold and Franco were done, and the new decade was off and running. Although Samir competed in 1980, taking 15th, he jumped in the placings in 1981 cracking the Top 10 with a respectable 9th place and would go onto placing 4th in 1982. The 1982 contest winner was 1981’s runner-up finisher Chris Dickerson. Once Dickerson won, he retired, leaving the throne vacant. That was the beginning for Samir. In this article I will discuss Samir’s arrival, his huge win in 1983, and his lasting impact on the sport of bodybuilding.

Samir Bannout’s interaction with bodybuilding came at a young age when he first became acquainted with bodybuilding magazines in his homeland of Lebanon. Lebanon is one the most diverse countries in the Middle East, where Muslims, Christians, Druze and many other religious and ethnics groups coexist peacefully. As he began making gains and competing, he was on his way to achieving international fame and fortune. I’m not exactly sure when he earned his famed nickname “The Lion of Lebanon,” but it’s a title he both deserved and lived up to, throughout his whole career and beyond. In 1974, he became the youngest competitor at the Mr. Universe, always working on improving his physique, posing, and stage presence. This was over forty years ago.

When Lebanon descended into utter chaos in one of the worst civil wars in the world, many Lebanese emigrated to other countries. The war lasted decades, causing innumerable casualties, and huge devastation. Although Samir lived abroad, he never forgot his homeland and always worked hard to win big titles in its honor.

Once moving to America, Samir was ready to go all the way. He earned professional status by winning his class at the 1979 IFBB World Amateur Championships and from there his pro career took off. He excelled with full muscles, particularly exceptional triceps and a tight midsection, with attention to posing which made him a favorite for photographers. Also, in perhaps one of the best homages to Lebanon, Samir always showed off the Christmas Tree in his back – that’s the result of real dieting and preparation. Back in those days, guys suffered to an extent, but they didn’t suffer insanely during peak week, like today. Back then, guys prepped gradually, and never suffered horrendously the final week.

Speaking more to this point, I’d reference a recent interview I conducted with IFBB Pro Vinny Galanti, who said it best. If you have to diet like crazy the week before the contest, then you haven’t done your job during the prep. The whole concept of a peak week is, largely, a selling tool for coaches. They need to have something they can sell and it’s simply unnecessary for athletes who have meticulously dieted and trained for the duration of a 12-16 weeks, to punish themselves just one week out. Guys like Samir spoke at length on this point over the course of the 1980’s and beyond on documentaries, articles, and seminars. Also, it should be noted that these guys didn’t have access to the wide range of fat-burners (both conventional and unconventional) or diuretics at athletes’s disposals today. There were some secrets, of course, but what really mattered then, was self-sacrifice and discipline – two attributes Samir was never in short supply of.

Although the 1980 Mr. Olympia must have been very difficult for top guys like Zane, who’d won 3x previous, Mike Mentzer, and Boyer Coe, for Samir it was probably an honor to finally make it to that stage. He took 15th and will always have the distinction of saying he shared a stage with Arnold. In 1981, placing 9th, I’d imagine his level of displeasure with Franco winning was probably more pronounced. I also think this was true for every bodybuilder – whether competing at the O that year or not. I’d imagine a lot of average fans were none too pleased, either. To reiterate, a case could have been made for Arnold winning in 1980, but there was no such case for Franco in 1981. That being said, 1982 offered a very level playing field and in that level-playing field, even with 3x Mr. Olympia Frank Zane in the mix, three things happened. Chris Dickerson finally won, a multi-year champion wasn’t able to beat an aspiring champion, and Samir saw a 3rd consecutive year where his placings dramatically improved. He went from 15th in 1980, to 9th in 1981, to 4th in 1982. This was his moment and when it became clear Dickerson would not be competing in 1983, Samir had to know that save for Frank Zane, there wasn’t anyone who was going to stand in his way. And even with Frank Zane there, Frank was a fighter and if Frank was going to beat him, it would only be because Frank was better. That being said, this was Samir’s time, Samir was ready and he made history in 1983 in top form.

Interestingly, the 1983 Olympia also saw a new competitor hit the scene with Lee Haney, who looked very impressive and took 3rd place. That being said, Samir was so flawless, so cutting-edge, he bested everyone, including Mohamed Makkawy, Haney, and Frank Zane.

The sport was changing. The 70’s truly ended in 1981; the new decade was truly started with three new champions. You had Dickerson in ‘82, Samir in ‘83, and Haney in ‘84. Although Samir dominated in 1983, he wasn’t able to hold on the following year and was never able to regain the title, either, despite years of trying to. Each of the three aforementioned champions presented a road, if you will, for the sport to take, but Haney was the future. The idea that Frank Zane could win the title at under 200lbs seemed plausible even in 1981, maybe 1983, but after 1984 it got less and less realistic. A guy with Zane’s physique would have had zero chance in Yates or Coleman’s eras. Dickerson and Samir were 1980’s versions of a 1970’s look, so even at 100%, they were at a substantial disadvantage against The Totally Awesome Lee Haney. I do want to stress, though, that it wasn’t merely weight only. Haney always pushed the idea of “mass with class.”

If you took a guy like Markus Ruhl, for example, at the height of his career, packing on extreme levels of dry, ripped, muscle, against someone like Samir (or even Zane) at their best, then bodybuilding purists would still give the win to the substantially lighter guys. In the end, the lighter guys’ aesthetics and symmetry would be superior; however, a guy like Lee Haney, opened the door to substantially more size, coupled with symmetry, balance, and condition. But wait, this article is about Samir, so why am I focusing on Haney? Well, herein lies the reason.

Samir’s whole game plan is a big part of the impact and impression he’s made on bodybuilding. He represented a look which I do believe kept that 70’s, Golden Era look alive, while increasing size ever so slightly. That being said, Samir didn’t change the game plan drastically to win again. If he was going to win, he was going to win by being the best Samir Bannout possible, hitting his signature poses, and digging deep from his foundations. Other guys chased Lee, maybe tried to look and sound more like Haney than Haney, and they probably figured this would guarantee them the title.

I have always felt that a Mr. Olympia’s whole game plan is all their own. Whoever has won that title, whether once or 8x, carry themselves a little differently. They did it once and they’ll do it again – that’s got to be the mindset. Samir won once and in many ways he was the gatekeeper. His physique was, arguably, the last physique of the Golden Era of Bodybuilding. That’s not to say Haney’s physique wasn’t amazing and/or his look wasn’t just as good, but it was the beginning of the new era. From Haney to Yates to Coleman (and also Cutler), the sport would be dominated by over two decades of pure mass. Oftentimes, it was mass with class, but there were years where I do believe bodybuilding fans would have done anything for a Bannout, Dickerson, or Zane to have come back, won the title, and brought the sport back to its roots. The introduction of Classic Physique, in part, answered this demand, but only in part.