TODAY’S BODYBUILDING SUPERSTARS ARE THE BEST OF ALL TIMES! 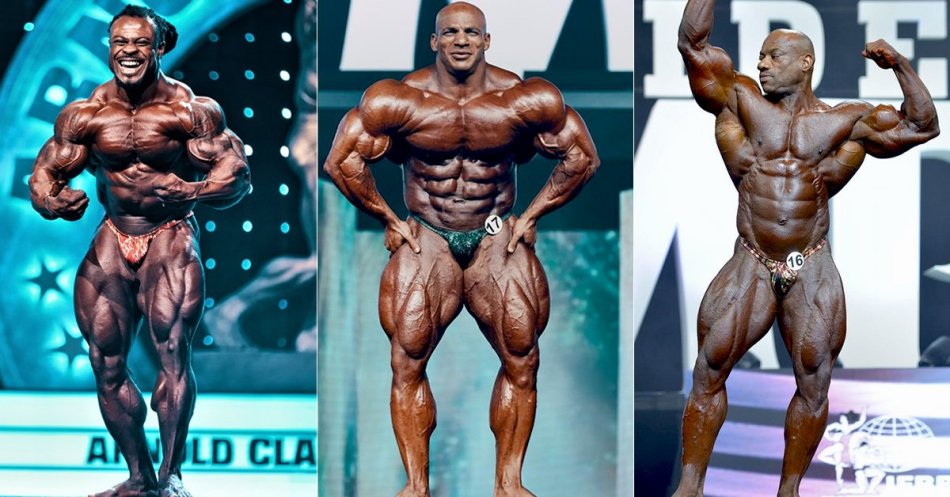 In 2019, when Brandon Curry won the Arnold Classic, William Bonac, who won the event in 2018, addressed his fans and told them to join him in congratulating the new champion. Curry and Bonac battled down to the wire, it was a very hard fought win for Curry, and a very narrow defeat for Bonac. It would have been very easy for Bonac to have nodded in disagreement, to have (barely) robotically shooken Curry’s hand on stage, and then gone onto to social media and done all the bodybuilding shows trashing him.

Implying the judges got it wrong and/or saying he got robbed, and playing the victim. It would have been so easy to mope around, whine, and act like a spoiled, rotten little kid. That, in varying degrees, was more or less how many champions acted in the past. When William not only recognized Brandon in Columbus, but continued to recognize him in post-contest interviews, and then to directly speak to his fans, was simply something unheard of. I really, truly, credit William for helping to create the current era vibe we all love so much.

When you stop to think about the contentiousness of the 2014 Mr. Olympia, where Phil Heath and Kai Greene nearly came to blows on stage, it becomes quite clear why NBC probably didn’t want to air that year’s event. It also speaks volumes to where bodybuilding was at, then.

When Ronnie Coleman said Jay Cutler must have been smoking crack, if he thought he could beat him, that too speaks to the insecurities which fueled contest-related rhetoric, then. But it’s not all the athletes fault, the media certainly didn’t have clean hands then (or now), either. Take when they asked Ronnie who he though the next Mr. Olympia would be, given Cutler keep taking 2nd. When Coleman instinctively (& passionately) said Victor Martinez, that seemed so brutal. He made absolutely no mention of the guy who wanted more than anyone else. There’s no question that messed with Jay Cutler’s mind. Was that Ronnie’s and/or the media’s intention? Who knows? The fact is, it didn’t grow the sport, it just created animosity and drama. Negativity destroys, it doesn’t build anything.

Today, when you see Brandon Curry and Shawn Rhoden, two Mr. Olympias, both at the height of their careers, hanging out for an Instagram LIVE, that speaks volumes. They are both great champions and they are both very secure champions, at that. In fact, they are so secure, they can have a meaningful friendship, while they’re both actively competing.

Could you imagine Phil doing that? Could you imagine Phil and his new best friend Kai Greene doing that? I’m not looking to knock Heath, but he did block me and countless others, for the most trivial of reasons. I was told, by him (on Twitter), that my support of Rhoden was too loud and that I was essentially too vocal and so he blocked me for it. That speaks to the insecurity that plagued this industry. Even the guy on top of the world, simply couldn’t accept any criticism, much less that fans thought someone else could beat him.

The whole world bore witness to Heath chastising Greene for how he signed a poster in 2014 and then the whole world saw a repeat of it in 2017 when Pro Supps launched an ad campaign, merely suggesting that Heath could be beat – and he flipped out over that too. Or after winning, when the first thing Phil did was, get on his phone to say “I told ya so,” to a YouTube personality. If that’s not insecurity, I don’t know what is.

Going back to the Instagram LIVE’s, though, bodybuilding fans were in for a huge treat, just last week when 2008 Mr. Olympia Dexter Jackson joined reigning Mr. Olympia Brandon Curry for an IG LIVE. What was great about this LIVE was just how close the two champions are. Their families were on, they talked about life, and they had some good laughs. There weren’t film crews, they weren’t being paid, there weren’t lines to memorize or things they could or couldn’t say. THIS grows bodybuilding; this makes this whole sport and this whole industry about more than lifting weights and chugging down protein shakes.

The relationships are real, the love of the sport is real, and that has had a profound effect on the way the media covers the sport, how the fans act on social media, and how many more companies are interested in advertising (e.g. contracting athletes, buying booths at expos, advertising on contests), than ever before!!

Just yesterday I had a great Instagram LIVE with reigning Mr. Olympia Brandon Curry; I also interviewed him after he won the Mr. Olympia in Las Vegas, NV. I’ve also had the honor of interviewing 2018 Mr. Olympia Shawn “Flexatron” Rhoden and 2008 Mr. Olympia Dexter Jackson. These guys truly care about the fans; they treat us better than any other champions ever have. I say, us, because I’m a fan. I may write articles, here, at Iron Magazine, I may do contest coverage throughout the country, and may be interviewed myself on programs, but i’m a fan.

It says so much about Brandon, Shawn, and Dexter, that they’d take the time to speak to a fan-based page. Phil would never have done that. And Jay, as much I like ya bro, every time I’ve brought it up, it never happens. It’s nothing against anyone, it’s just a different time now. The times don’t make the champions, though, the champions make the times.

It’s a different era. Guys like Ronnie and Jay were amazing to their fans and I don’t want to put that in question at all. These guys would stay till the very last fan in line got an autograph, a picture, or was able to chit chat with them for a few seconds. The difference, now though, is that the gap between superstar and fan is practically nonexistent. These guys, today, make the fans feel like friends and if they’re acting, they should get a Grammy, because it’s a feeling that seems extremely genuine. There’s still trolls, haters, and bums who don’t love the sport, among the fans, but when a real fan meets someone like Dexter, Brandon, Roelly, or Big Ramy, there’s just no gap. It’s a different era, but quite possibly the best era bodybuilding has ever known.

The 2020 NPC & IFBB Pro League contest seasons may be off to a late start, but expect big things!! The 2020 NPC Teen, Collegiate, Masters Nationals will be one for the record books – I’ll be there, will you? The Universe, Jr. Nats, Nationals, and North Americans will be out of this world!! And the crown jewel, the Super Bowl of Bodybuilding, the 2020 Mr. Olympia will be absolutely awesome!! Under the ownership of Jake Wood of Wings of Strength, coupled with the leadership of Dan Solomon, the sky’s the limit for the most important, most prestigious bodybuilding event in the world.