WAS THE MASTERS OLYMPIA EVER A KEY TITLE? 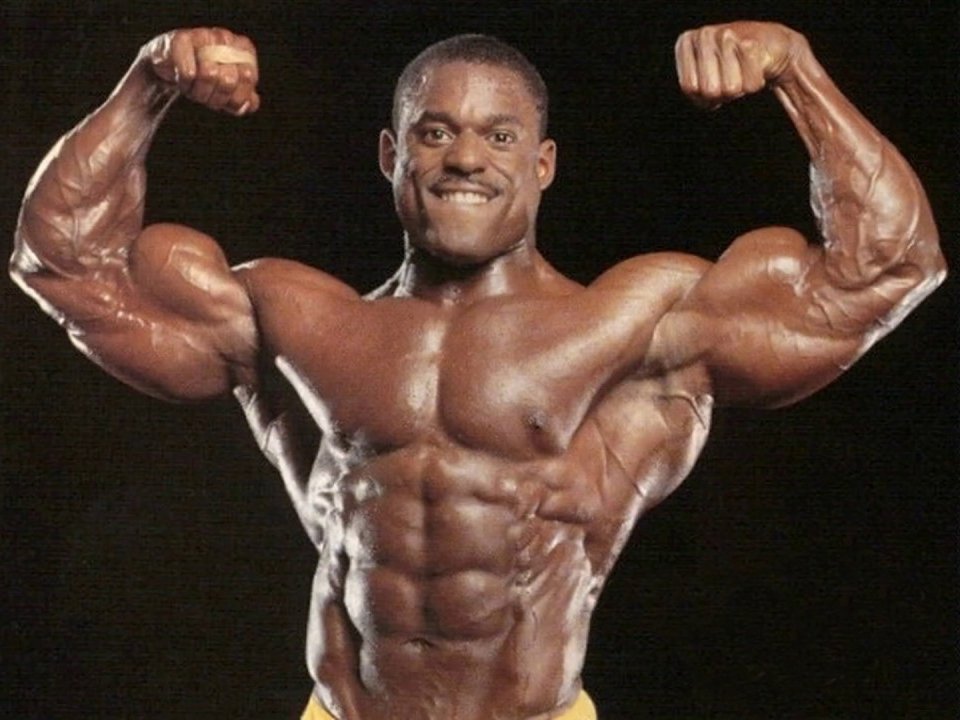 There’s been a huge amount of interest, as of late, in bringing back the Masters Olympia, largely because fans want to see another Kevin Levrone comeback, many would like to see “Sugar” Shawn Ray and Bob Cicherillo back on stage, as well. The fans are always talking about something on the message boards and the various social media platforms. As a fitness writer, I”m constantly looking at Youtube, Reddit, and all sorts of social media platforms, trying to put my finger on the industry pulse. I mean I’m so committed, I should be committed (get it?). I’ll go to pages most people don’t even think exist anymore. For example, when’s the last time you logged into Myspace? Did you even know it’s still alive and sorta well. I go there from time to time also.

Anyways, one topic that seems to always come up is that of the Masters O. Most people associate this title with Vince Taylor, largely, because he won it for many consecutive years. Ultimately Taylor’s reign came to a halt when a bodybuilder by the name of Don Youngblood stunned the world, toppling Taylor, and taking the title. Not too long after, the world of bodybuilding would lose Don. Other notable champions included Robby Robinson, aka The Black Prince. When Robby came back, he was joined by a mammoth-sized Lou Ferrigno. Ferrigno had always been towering but when he staged a comeback in the 90’s he filled out in freaky proportions. To tell you that he dwarfed Dorian should give you some indication. Yates looked like his child next to Lou. Anyways, the Masters O was a serious contest and no matter how much size Lou brought, it was no match for Robby’s aesthetics and detail. The right man won the title. Much more recently Dexter Jackson, the winningest pro bodybuilder of all times, won this title as well. Even though he won it, it’s not an award he brags much about.

Some guys competed in hybrid events, like the 2006 Masters Pro World. This event was one of the most publicized and promoted of the 2000’s. It was largely an event made for Bob Cicherillo, in my humble opinion. The promo revolved around Bob, who at the time was doing something called The Fit Show on Bodybuilding.com. The contest ran on its own, but the media machine that Bob oversaw, chronicled his entire prep, including meals, training, and commentary. Much like the ‘74 Olympia with Pumping Iron, the Masters Pro World was catapulted to fame because of social media. I don’t know if Cicherillo expected the fierce resistance he encountered from guys like Masters Mr. Olympia Claude Groulx, Johnny Stewart (who actually took 2nd), or a very impressive Mr. Hungary in Pavol Jablonicky. Cich brought in the big guns, was conditioned, and posed his heart out. It was that ability for great posing that nearly saw him win the 2003 NOC against the German beast Markus Ruhl. He may not have had enough at the NOC, but he definitely did for the Masters Pro World. That being said, was there a 2007 Masters Pro World? A 2008? No. That contest was big so long as Bob was associated with it. At least that’s what I always thought.

Masters bodybuilding is very marketable at the NPC level; however, when it comes to masters pro events, it requires a very gifted, very innovative promoter to make it a success. It’s one thing to have one contest one given year, but to create a real lasting event, that requires a lot of commitment and oversight. In addition to an event having the right promoter, it’s very important for the contest to draw out deep lineups. Years ago, pro masters events didn’t really draw much talent, at least nothing that could stand up to the open. For a pro masters event to flourish today, to really draw big headlines and pack the house, it would need some pretty big names. One way to get there is to offer big prize money, in addition to great promo, but that may not be enough.

Take a guy like IFBB Hall of Famer “Sugar” Shawn Ray. Here’s a guy who placed Top 5 at the Olympia over ten times, he’s won the Arnold Classic, and he’s placed as high as second at the Open Olympia. He battled during the days of guys like Lee Haney, Dorian Yates, and The Big Nasty Ronnie Coleman. Ray has been retired for quite some time, making moves with big outfits like Muscular Development, Generation Iron, and now serving as Editor In Chief of Digital Muscle. Although the fans would love to see Shawn come back, why would he? And how could a contest draw up enough interest and prize money to get Ray to look at it twice? Further, even if he won the contest, where would that rank in comparison to his career’s many achievements? The Masters Olympia title just wasn’t big enough to get Olympia Top 5 guys interested. Granted, it did draw Vince Taylor, Robby Robinson, and Lou Ferrigno out of retirement, but they were the exceptions. When Dexter competed, he was very much active in the open circuit. If anything, it was something to do, but I hardly think it compares on any level to his 2008 Olympia win or his nine Arnold Classic titles. The fact that the Masters O was never a highly sought after title, even during its heyday, makes me wonder if it ever will be.

Pros want to compete in the open, they want to bring their best and battle everyone. Even back in the day, when Don Youngblood won the Masters O, he couldn’t get to the open fast enough. He got annihilated and it really illustrated the point that the Masters O was at a substantially less competitive level than the open, but Don wanted to see how he stacked up. Most guys today are the same. Even if they won at the Masters level, they want to see how they’d do at the open. This goes for 212 as well. At some point, guys at their best, like 7x 212 Olympia Showdown champion James “Flex” Lewis want more. After seven consecutive wins in the 212, I’m sure Flex got bored and wanted to see how he’d stack up against the big boys. The open is where it’s at, so all the more reason I don’t see the Masters Olympia really picking up much steam. Could it come back? Sure. But do I see the industry calling for it? Not so much.

Ultimately, the Masters Olympia satisfies a nostalgia kick for a lot of fans. This is true in bodybuilding, golf, tennis, etc. The competitors that these types of events usually draw are either semi-retired or long-retired. It’s a good stage for a comeback, it’s fun for the fans, but beyond that, there’s not much to say. I doubt we’d ever see stars like Ray, Levrone, Cutler or Yates ever doing such a show. I wouldn’t say it’s beneath them, even though it probably is. Then again, that’s just my two cents.