WHAT HAPPENS IF PHIL HEATH TANKS AT THE 2020 OLYMPIA? 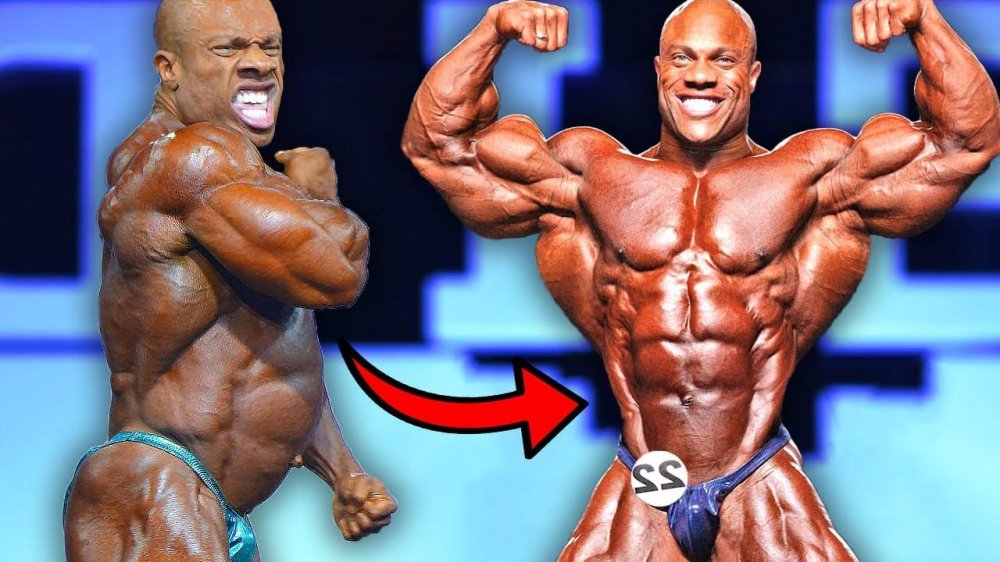 This article isn’t asking what if Phil Heath fails, it’s asking what if he tanks? And what would that look like, exactly? Well, let’s address this from the jump. If Phil tanks, that would mean he actually put some effort into his prep, but failed to crack the Top 6. If Phil came back and was battling in places 7th – 10th, that would be him tanking.

We have not seen him post-surgery, in Olympia condition, and we simply don’t know what his mindset will be like if he started out the contest in anything but the Top 3. Phil isn’t a fighter. He may have been up until he beat Jay and Kai, but for many years, he just collected Sandows because of the ages-old concept that you couldn’t just beat a reigning Mr. O, you had to knock him out.

In 2016, Rhoden beat Heath, but I guess he didn’t “knock him out.” In 2018, he knocked him out so hard, he stayed far away form the stage in 2019. He’s coming back now, I believe in part, because he won’t face Rhoden – and – because he is severely underestimating reigning Mr. Olympia Brandon Curry. Phil is also discounting The Beast Roelly Winklaar, The Conqueror William Bonac, and The Welsh Dragon James “Flex” Lewis. You’ll notice I excluded Dexter. I didn’t do that because he’s not a top contender, rather, because he’s the only guy who Heath may actually not underestimate. Heath knows to be worried about Jackson and has always kept his eye on him. That being said, this is not going to be the kind of contest where Phil steals the show, just by showing up. He may have been under that impression because of all the noise made over him coming back – for marketing purposes – but the sport has changed and he may only not win, but he could find himself outside the Top 6. What happens then?

Before moving forward, we only need to look back in history to see that former champions who have tried regaining their titles, after defeat, have been met with considerable challenges. Jay Cutler tried to come back in 2013 after two years out, with an injury far less problematic (visually-speaking) than Phil’s. He barely took 6th place. In 2007 Ronnie Coleman, with an injury comparable to Phil’s barely took 4th. Ronnie was way more dominant than Jay and/or Phil, so if Ronnie was out of the Top 3 in his comeback year, then don’t be so shocked I’m floating the notion Phil might be.

It’s a very real possibility that Phil isn’t in the first call out and if that’s the case, he’ll likely fade off into the back of the pack – fast. He won’t know how to process not being the center of attention and if he’s out of the top group, we may not even see him in the posedown. What would that do to his competitive future? Would he come back after that? At that point his legacy would really come into question. His big league manager might also walk. The only way 2020 makes sense, is if Phil takes the stage and dominates, but I just don’t see that happening. He didn’t even do much dominating the last three years of his reign, so why would he now at 40 years of age, post-surgery, and two years removed from competing? It’s not impossible, but it is improbable.

We’d mentioned Dexter Jackson earlier and his career has been an extremely bright one. If Phil would be interested in followwing The Blade’s path, then he could have another 10 years in the sport, easily, and he could conceivably win his 8th Sandow at some point, too. Dexter has not spent the last 11 years as just another body on the stage. He’s won more contests than any pro in the history of the sport and he’s always a major threat in any contest he enters – including the Arnold Classic and the Olympia. That being said, he’s had to process being 2nd, 3rd, 4th, 5th and 6th. Could Phil do that? I don’t know. Dexter has also had to deal with being overlooked, OFTEN, could Phil?

The problem with Heath is he has no Plan B. He’s not involved in media, his supps don’t really sell (that I’m aware of) and he’s certainly not been a people person, having countless folks blocked for any number of trivial reasons. Even after his bizarre social media makeover in 2018, that lasted all of two months, Heath couldn’t resist but raise doubts regarding his loss in 2018 and then in 2019 took a number of shots – both directly and through proxies – at reigning Mr. Olympia Brandon Curry. It’s that attitude and that way of thinking, that poor sportsmanship, that’s worked against him over the years.

The cockiness, from chastizing guys like Kai Greene and Shawn Rhoden for simply being confident in themselves – or – his war of words with Luimarco, have made Heath one of the least popular champions in the sport. This reality is illustrated by the fact he has no supplement contract, no lines at expos, and a substantially smaller following than guys like Kevin Levrone, Jay Cutler, and Kai Greene. Phil’s only claim to relevance is being Mr. Olympia. For as smart and educated as he touts himself to be, he has yet to create any kind of successful business, much less an empire, like many of the aforementioned guys. Cutler and Greene would never dream of returning to the stage – because they have way too much going for them. Heath, on the other hand, is probably bored to tears and quite possibly running out of money.

Whatever his motivation to return to the stage may be, unless he’s 100% recovered and unless he gives 120%, he’s not only not going to win, but he may be outside Top 6. The fact is, if Phil treats the 2020 Mr. Olympia the way Arnold treated the 1980 one (where he did a shotgun 8wk prep for a movie, no less), jumped in the contest, and snagged a win, then he’s in for a rude awakening.

Guys like Roelly Winklaar have rested and put in over a year for this show. Flex Lewis is going for the gold. This is Dexter’s last year and he’s going to want to go out in glory. And Brandon Curry, backed by Oxygen Gym, and legions of loyal fans who he has directly inspired, is going to fight harder than he has in his entire career. There’s also all the guys who won their way to the contest, who racked up points, and who want that title and will give it their all!!

I just don’t think Phil assessed his competition correctly and the question remains, what will become of him if he places 7th, 8th, 9th or 10th? Does he compete again? Does he disappear from the sport? I couldn’t imagine Phil taking 7th or 8th and then wanting to do Athleticon, for example. What kind of buzz would that create? Washed up bodybuilder does huge new show? That’s not exactly going to sell tickets like hotcakes. And if he tanks at the Olympia, then yes, expect people to start calling him washed up and failed. That’s just what happens. Critics can be fierce. If Phil can follow in Dexter’s footsteps, however, and become a fixture of the Top 6, then he’ll be on his way to further cementing his legend status, but if he tanks in 2020 and his placings only get worse with time, he will in fact start to look foolish. He will always be a 7x Mr. O, but I’m a believer in knowing when to hang ‘em up.

There’s many things Phil could do. He could dive into the media world. He could follow Bob Cicherillo or Shawn Ray’s path. The question is, can he write? Can he report news? If not, I’m sure he could learn and be awesome at it, but would he want to? Writing isn’t for everyone. It’s hard work and skills sharpen over time. I’m sure Phil could do anything he sets his heart on, but he’d go from being the news to writing about it. Can he do that? Would he do that? Again, more questions that only Phil has the answers to.