WHERE WOULD CRAIG TITUS BE TODAY, IF… 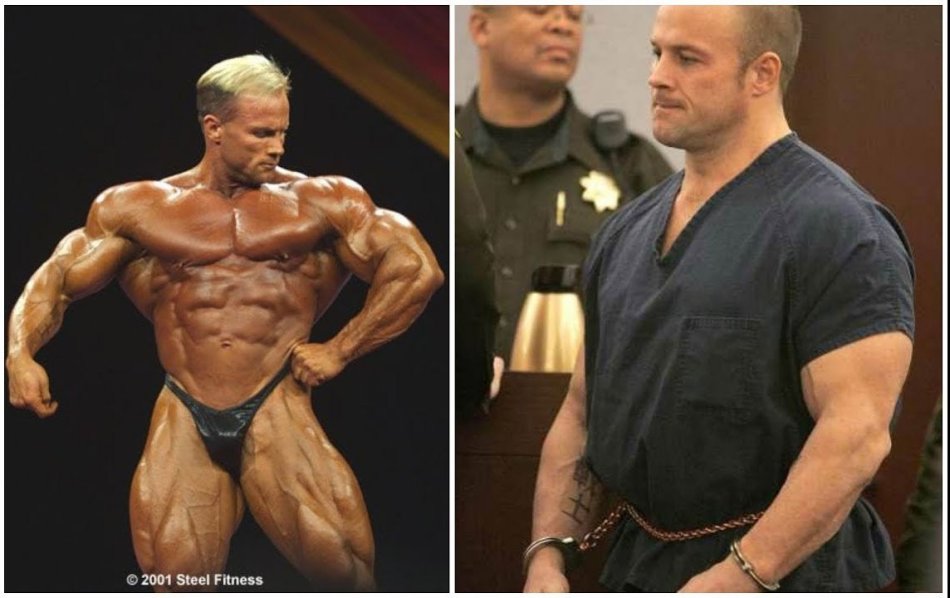 The other day I was doing an Instagram Live @StrengthAddicts and someone asked me a very interesting question that got me thinking. Before I clue you into what that was, let me get on my soapbox for a moment when it comes to these Live chats.

Now, I’ll admit it, I don’t have a huge audience, but whenever people come into my chats, I always try to say hello, I try to monitor the interactions among my viewers, and if there’s ever a question, I do my best to answer it. Now I get it, if you’re a megastar, and you have thousands logged on, you couldn’t possibly make everyone feel welcome, much less take the time to answer their questions. That being said, you can always meet people half way. You can say hello to a random few, you can answer 1-3 questions, and that will go a long way.

What just annoys me like nothing else, is when audiences are totally ignored. You have people saying what a difference the host has made in their lives, some credit them with beating life threatening illnesses, or even naming their kids after them, and the host could care less. It’s not even that they’re not looking at the screen – because they totally are – they just don’t care is all. To some that might be a sign of being big leagues, but I’m sorry, nothing could be farther from the truth. Anyone who knowingly ignores their audience doesn’t deserve to have one.

Anyways, getting off my soapbox, I always look at what my viewers are saying and one viewer asked a very good question. Where would 1996 Mr. USA, IFBB Pro Craig Titus be today, if the horrible crime he was involved in, never had happened? Back in his day, the internet was still very much in its early stages, the magazines and dvds were king, and bodybuilding rivalries were in full swing. Craig had a hair trigger temper, he was vocal, and he took trash-talk to whole new levels. It’s an interesting question.

Back in the day when I was reading up on Titus, he lived out west, frequenting the Mecca, Max Muscle, and all the Muscle Beach hotspots. When I read about him in the magazines or watched the dvd’s, he was living the life. This was a time when the 90’s were in full swing and guys did whatever it took to look their best on stage. Life seemed simpler back then. You have to also realize that when you’re a fan, you see things in a completely different context. Back then my perspectives weren’t as grounded as today. Then again, times were a lot different then too.

Today, even the most promising rising star has to hustle. Money doesn’t grow on trees like it did in the 1990’s. Back then, there was no Instagram, no Youtube, hell, there was barely an internet. You had to use dial up, sometimes take minutes just to log on and no one posted their progress shots or hosted radio shows online. If people wanted news, they’d buy a magazine. If they wanted to really follow a competitor, they bought their DVDS or their 8×10’s, with the hopes of getting them signed. If a guy dissed another guy, it might take a month before a magazine wrote about it and another month before it made the rounds worldwide. A lot of times the words were had, the awkwardness passed, and the two parties had made up before the reader even got a chance to read about the initial news story.

A lot of rivalries carried on, even if the parties were cool with each other, simply to sell magazines and tickets. You don’t think all the guys who had beef really didn’t like each other, do you? Bodybuilding took some cues from Wrestling and implemented them for some major marketing wins.

Whenever I think of Titus, I think of his rivalry with King Kamali. Look at how big Kamali is today. That could be Titus up there, being the face of Generation Iron, he could be a huge promoter by now, especially given the fact he left California for Vegas. In fact, Titus chose the Vegas life, like 4x Mr. Olympia Jay Cutler, and from what I understand they didn’t even live too far from each other.

The problem is, Craig seems to have really been the bad boy the writers wrote about. That sounds funny when typed out, but there’s guys who played a role, while others were just being themselves. There’s a lot of commentators who believe that if Craig had never left Muscle Beach, he would never have fallen hard into the decadent Vegas nightlife and party scene; they say maybe he would not have experienced the downward spiral that he did, but places don’t make people. That being said, maybe Vegas wasn’t the place for him, but the question remains, where would he be today?

I think someone like Craig would be all over social media, he’d be a regular guest on RxMuscle, he’d’ probably have his own super popular Youtube, and he’d definitely have had at least one Generation Iron movie made about him. If you think about it, all the guys from the 90’s and 2000’s are doing very well because their fans predate social media and they idolize these guys. The level of support is tantamount to that enjoyed by major sports figures and/or Hollywood celebrities. The same way I’m taking stars today who ignore their audiences on IG Live to task, that’s just an indication of how narrow the gap between champions and fans today is. Back in the day, people never got to see and hear Dorian chitchat with other legends of the day. What little they heard from him was on interviews or DVDs, but today, just about anyone (with enough persistence) can write to Yates, get a response, and maybe engage him in a conversation. Imagine interacting with Titus…

If he didn’t give a f*** back in the day, could you imagine someone like Craig on an IG Live, today? I could see him grabbing the phone off the holder and shouting into it. The guy didn’t have a horrible temper all the time, but that’s the perception he created in my eyes. I remember watching a video where he was unhappy that his wife took 2nd and he was yelling at the judges from the stands. That’s pretty crazy. I remember reading on the boards that he and Bob Cicherillo also had a brief feud. The Kamali one was the best though because it even played out at the Olympia press conference. Most guys, even if they hated each other, kept their own personal issues away from the big contests, most notably the biggest show in bodybuilding, but not Kamali, not Priest. These guys had no problem saying what was on their mind and as a result, they’re all doing really well today. Titus was just like them. So where would Craig be if he was with us today? The answer would is: EVERYWHERE!!