WHO NEEDS TV, WHEN YOU HAVE DIGITAL MUSCLE? 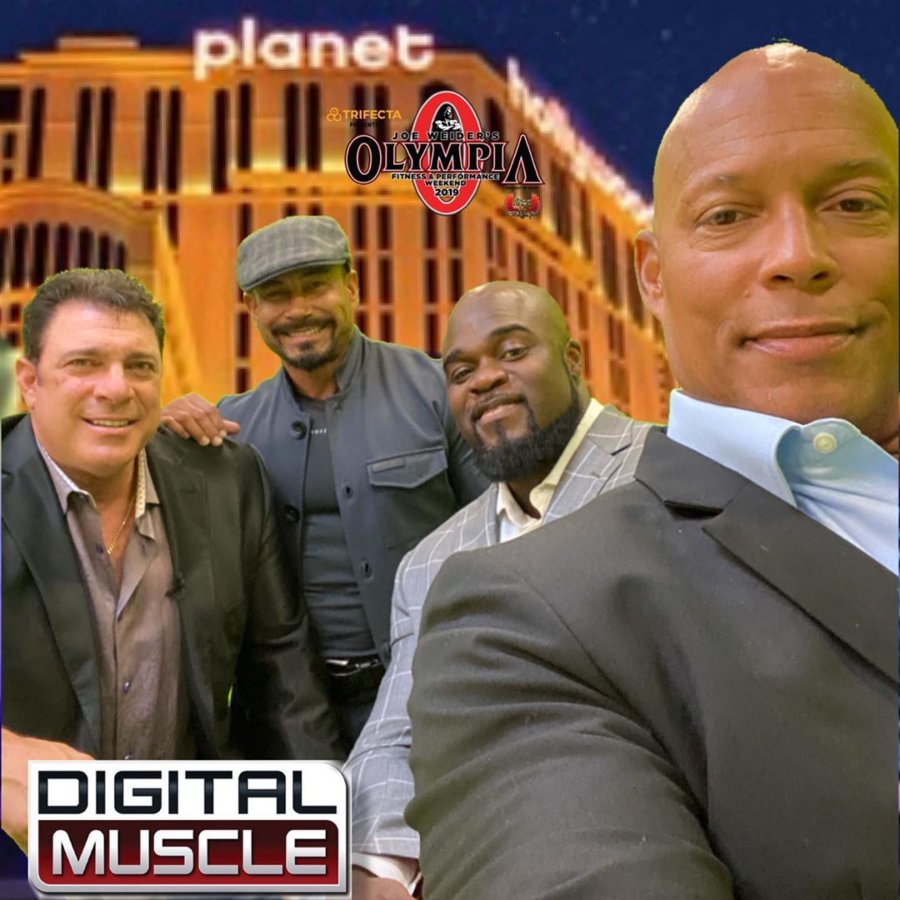 Who remembers when bodybuilding was on television, when you could see it on ESPN, Fox Sports, or when there was talk of NBC covering the 2014 Mr. Olympia? Bodybuilding is a sport that’s well aware of it’s cult-like existence, but which has always had mainstream aspirations. This isn’t a sport that wants to stay small, it’s one that wants to lead the fitness revolution into households from coast to coast and around the world. In fact, former IFBB President Ben Weider, had a lifelong goal of seeing the sport in the Olympics.

Speaking of federations, we have the absolute best in the IFBB Pro League – the only road to the most prestigious event in physique-based sports – the Olympia. When you have the best competitors, the best events, and the best federations (the NPC at the amateur level and the IFBB Pro League at the pro level), it’s imperative that you have top notch media. We are extremely fortunate to have NPC News Online, the gold standard of contest coverage, but when it comes to programs, that’s a whole other topic.

There’s some great networks, for sure, like Muscular Development (the king of the pack), Generation Iron, and Muscle Insider. There’s some other websites that are a step below, with a huge sea of others a step below them. When Dan Solomon founded Digital Muscle, however, he created a hub, bringing together the very best writers from the declining print-era, introducing them to a whole new, digital world, changing media forever.

Digital Muscle wasn’t trying to reinvent the wheel or offer up a better one; they created an empire. That’s why DM can’t be grouped in with websites. The model Solomon created was one that in many ways took from the golden era of news reporting, back when news reporters reported news – revolutionary, huh? There was no room for drama, definitely no fake news, and no clickbait. This way of doing things earned DM considerable credibility and it also made them very attractive to advertisers who wanted their goods in front of as many people as possible. In the end, Dan would sell Digital Muscle to Jake Wood of Wings of Strength and he’d go on to become the Chief Olympia Officer. When it came time to find the right man to carry the torch with DM, it was clear that IFBB Hall of Famer “Sugar” Shawn Ray, was the perfect man for the job.

Monday NIght Muscle, hosted by Shawn Ray and Bob Cicherillo, is truly all about the new era vibe that’s fueling the 2020 Olympia Weekend. From moving from The Orleans, a great but dated hotel and venue, to the Zappos Theater and the Planet Hollywood Resort in the heart of the Las Vegas Strip, the contest will breathe new life. Watching that first episode of MNM will make you think of SportsCenter or Fox Sports – it’s that cutting edge. The previews, of the reporting alone, have sparked serious interest. The pre-production is on point, the audio/visual is top notch, and having 2019, reigning Mr. Olympia Brandon Curry on, is the way to get the ball rolling. If you’re going to start the best show on the planet, on the best network around, you don’t start with just anyone as your first guest. Brandon Curry is the man!! He’s the King. He’s the #1 bodybuilder in the world and he’s my pick to win – again – in 2020.

Moreover, when you see Brandon Curry up there or you see him in photos eating with the big boss, Jake Wood, and Editor in Chief, Shawn Ray, that says a great deal. Perception is huge and they nailed it. Not only did they nail it, but they can back up the perception with facts. While others fake it till they make it, DM is livin large and they have the cred and the respect to back it up. They’ve already made a huge impact with this program and it’s not even out yet!!

In addition, to the big guests and the stellar production value, MNM is hosted by DM Editor In Chief Shawn Ray and Masters Mr. World Bob Cicherillo. Bob gets mobbed wherever he goes and is considered by most, as the voice of bodybuilding. Ever since Pro Bodybuilding Weekly, he has been a driving force in the fitness industry media. The same guy who, basically, keeps the audience (in Vegas and worldwide) entertained throughout the entire Olympia Weekend, will now be doing it for a weekly show along IFBB Hall of Famer “Sugar” Shawn Ray, on a weekly basis.

Bob and Shawn have so much in common, that it isn’t even funny. Both are IFBB Pro’s, both were Athlete Reps (at different times), both are emcees, both are contest promoters, and both are fixtures in the industry media. One other major passion these guys share is that they’re both historians of the sport. That’s huge because when they talk about current events, they can compare and contrast to past eras, and that makes the content more appealing to more people.

You could have a guy who loves the golden era, another guy who idolizes the 90’s, and a guy who follows the sport today and they can all find something cool on Monday Night Muscle. From there, this weekly program could also turn viewers onto Digital Muscle. That’s how you grow the hub and the sport. Imagine if this weekly show created a DM fan and from there that person bought a ticket to a contest, competed in one, and/or bought a supplement advertised on the site; those are all instances of growing bodybuilding, as well. That’s what we all want and that’s what takes a sport with a cult-like following and makes it mainstream.

Further, for years, bodybuilding has tried to figure out a way to get back on tv. That involves jumping through a lot of hoops, politics, and courting the networks. There’s no question Shawn could have made that happen. Afterall, he worked on those networks and covered bodybuilding for them years ago; however, instead of doing what’s already been done, they’re doing something new and innovative – from scratch. They’re also creating a model that’s aligned with how people watch programs today – all online. If they want to watch an online show on a tv they can, but the vast majority of folks watch on their phones. Some listen while they work and drive, others watch and listen while they do cardio, and others save the episode and will watch it at over 30,000 ft on a long flight made enjoyable because of Shawn Ray, Bob Cicherillo, and their guests.

Monday Night Muscle is where it’s at!! I’m also extremely excited for Digital Muscle with Shawn Ray at the helm, the second year of the Mr. Olympia with Dan Solomon at the helm, and with Jake Wood as the new owner of the Olympia Weekend. The fact is, 2020 was a very rough year for the sport, but things are really looking up. There’s a lot to be happy about and the Olympia this year will be absolutely lit. There’s no way I’m missing it and YOU should really try to be there, too!