Why a Market Crash Can Help People Get Fit & Healthy 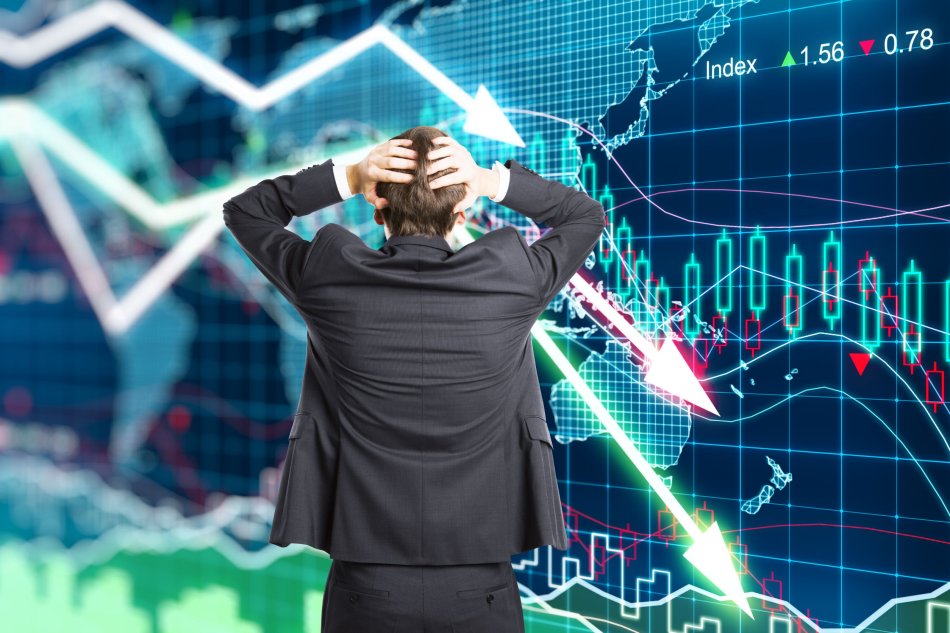 Today, everyone is watching the DOW and looking at what’s happening on a global stage in terms of health scares and how it’s affecting things like stocks, investments, and retirement. Let’s face it, people don’t like seeing their money disappear – I know I don’t. But what a market crash causes is a healthier and more fit population – at least it can for some people.

During a market crash, what is the one thing many people do? They try to preserve and hold onto their money, right? They aren’t out there spending money like they were when the market is booming and they are growing their wealth. So, how can this change our behaviors and cause us to become healthier and more fit? That’s exactly what I want to discuss in this article. Let’s jump into it.

When money is tight, people look at all of the food items they are purchasing and at what price point. Do they REALLY need that bag of potato chips? Probably not so they eliminate it (for the time being at least). Do they need that chocolate bar or bag of candy? Nope. It’s gone. Do they need to be consuming six cans of soda a day? No, so they change over to drinking primarily water or reduce their soda consumption to only a couple of cans.

Now again, this isn’t a for-sure thing. Sure, there are still people out there dropping money without a care in the world. However, it happens in many households where they tighten their budget for groceries. Think about all the snack items they purchase for their children. That becomes minimized because it’s unnecessary and not needed. It’s “comfort” items that start taking a hit. This helps prevent overconsumption of food and a caloric surplus (naturally).

Whether people can afford it or not, fewer people go out to eat during a market crash. That $40 steak dinner is now cut out for homecooked meals. More people stay and eat in their homes which protects their money and their waistline.

If you look at meals at restaurants these days, most are double the size you really need. Smart individuals will save half for a second meal which can be consumed the next day, but that’s not the case for most people. When they sit down at a restaurant, they eat everything in front of them. The bread they bring out (or multiple loaves) along with their full meal that overflows their plate.

Many people become more conservative and make meals at home. This also saves them from putting down a tip for a meal as well which is another added expense on top of the cost of the meal itself. These carbohydrate and fatty meals out are minimized which can help lower their daily caloric intake. Naturally, this can help them lose weight or at least manage their current body composition.

Additionally, desserts aren’t being ordered after meals either. It’s an added expense that people can’t justify during the time of a market crash where there is so much uncertainty with their finances.

A market crash also affects businesses and their revenue and growth. Fewer people out spending money means less growth potential. So, what do many businesses do? They run sales and discounts to get people in the door to open up their wallets. This is actually a good thing for those looking to get healthy. Prices on fitness equipment drop. People are looking to eliminate expenses and drop their gym membership. Or on the flip side, take advantage of deals and lock into a long-term contract at a heavily discounted rate.

The number of people working out at home can increase. People don’t want to spend the money on gas driving to and from the gym anymore. You even see supplement companies running promotions to stir up some sales. Field sales teams are more willing to wheel and deal which is good for both the retailers as well as the consumers.

Many tend to look at their health more closely during a market crash because it makes them reevaluate their current health situation since it’s one of the few things they can attempt to control. During a market crash, you don’t have the luxury of necessarily building your wealth when you’re at the mercy of the market and are trying to ride out these tough times.

More Time to Focus on Health

As we feel the effects of a market crash, fewer people are going out for entertainment purposes. They aren’t hitting up the movie theatre every weekend anymore and buying the soda and large popcorn. They aren’t going on lavish vacations. They’re more conservative.

What this allows for is more family time. Time that can be focused on playing with kids, going to the park, going for a walk or hike, and overall more physical activities for enjoyment purposes.

No Money? Attract the Opposite Sex with Your Looks

Big spenders are even more vulnerable when trying to attract the other sex. As their wealth goes up in smoke, so does their appeal to some from the opposite sex. Whether being attracted to the opposite sex due to money is right or wrong, people and relationships are affected. What do individuals need to do now to make themselves more “attractive” to the opposite sex? They work out.

People want to look better and therefore exercise more to lose weight and put on lean muscle mass. A market crash affects more than just our finances. It also affects our lives and health. But with that being said, it’s a good opportunity to take a deep dive into our own lives and see where we can make improvements.

In closing, is a market crash the best way to help people get fit and healthy? No. But it can come into play.