WILL THERE EVER BE ANOTHER DANA LINN BAILEY? 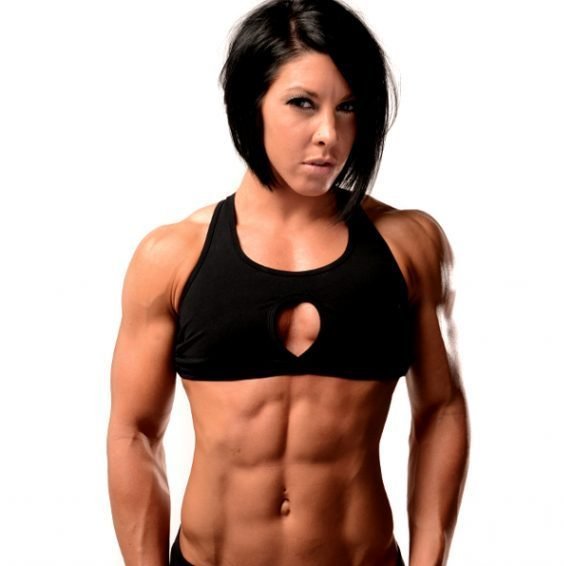 Just kidding. There’s plenty to talk about, plenty of food for thought, and a look back in time is always fun. Who doesn’t love looking back at the past – nostalgia is always epic. It’s the world of coulda, woulda, shoulda. Some of us have truly lived, others live in the past, and some live then, now, and into the future. DLB and, her husband, Rob Bailey paved the way and continue to make moves while on top. This isn’t a story about one hit wonders or folks who used to be huge. These two are as active and successful today, as they were when they hit it big. There’s a few key factors that led to their rise to the top and why today, in 2020, people keep hoping to see Dana return to the Women’s Physique stage – particularly the Arnold and Olympia. DLB was a different kind of fit star, her husband played a key role, and together, they owned their own businesses and set out their own journey.

For years, particularly in the fitness industry, the women who made it biggest, were of the bikini / fit model look. It was about the beach body, bikini shoots, and let’s be honest, pretty edgy content. We don’t candy coat things here, so if that upsets you, you’re going to have to deal with it. This isn’t Cookie Cutter News, this Iron Magazine. If we can’t be blunt here, where can we?

DLB was about the muscle, she pushed the natural approach, and she earned her fanfare because of her intensity and determination in the gym. She wasn’t trying to be the next Barbie Doll, she didn’t push the sex appeal (at least not directly), and she wasn’t looking to be cute. This was an athlete who perspired, who struggled, whose hair and makeup didn’t always look like she just stepped out of a Vidal Sassoon. She put time into her appearance and I’m not suggesting she looked like she’d been through a war, but there were times where the workouts were that intense. Dana wasn’t a tomboy, either, she wasn’t a Barbie Doll, and she wasn’t the stoic, emotionless gym goer, either. By simply being herself, she earned the respect of countless people. She loved training so much, she bought and ran a gym. She loved unique clothes, so she took scissors to her shirts and made them way more cool. When that no longer cut it, she made her own line. Her hairstyle was her own, her fashion sense was also her own. We’re a country of individuals; however, our industry seems to look so uniform. Everyone wears certain clothes, in a certain way, in certain settings.

DLB pushed against the tide. She made the Women’s Physique Division. I mean, she didn’t create it, but her impact on it was so important, that I would say it put it on the map. The fact she was the first-ever WPD Ms. Olympia also played a very important role in ensuring great levels of interest from countless women in the new division. Her influence was key. When Women’s Physique first emerged, it basically did so from the ashes of Women’s Bodybuilding. The last thing women wanted to do was invest time, money, and effort into building physiques for a division that could just as easily have found itself on the ropes, in little to no time. The fact Dana chose this division, inspired a lot of other women to follow in her footsteps. That being said, when she left the division, taking a very long hiatus, the impact on WPD was also undeniable. In fact, that’s the understatement of the century.

I don’t want to oversimplify things. There was a lot that went into Dana’s rise to the top, but just being herself was key. So many fitness stars are basically acting out a role created for them by consultants. Many of them buy their followings. They know it’s only a question of time until they’re exposed. Others are walking billboards. Everything they wear, from their footwear, clothes, and accessories, all belong to companies paying them to wear it. They swear by supps that may or may not work. They eat food that may or may not have the right macros or even taste good. Once the charade is over, you never see them again. Everything about DLB is real; therefore, her fame has only grown from the days when she rose to the top. Now, more than ever, the fans want DLB back on stage!

Rob’s role is also very key. Dana and Rob are a team. Rob is an active member and leader within the empire. A huge part of his role includes being a supportive spouse. That’s really huge and shouldn’t be glossed over. A lot of competitors lack that. I have interviewed countless men and women, who are married or in committed relationships, but their significant others don’t like them competing, don’t support their decision, and many may not have come to a single event. That’s very disheartening. To have a significant other actively along for the ride, is huge. Rob goes way beyond that, having a direct hand in everything; he’s also a creative genius, enhancing everything from their gym to their clothing to most likely their public appearances and interactions with the media. If folks saw Rob, they’d ask where DLB was. If folks saw DLB, they’d ask where Rob was. They’re truly a team and that’s a huge factor in their success.

I think the final piece to the puzzle is that they own all their businesses. No one who wants to retain creative control, who wants to strike it big, and who wants to remain active throughout their lives with a venture, can do so without owning it. Also, if getting rich is your goal, owning your business is key. If you want to create content, clothing, if you want to take products and/or services to market, owning your business is the way to go. Working for others makes you depend on them, it makes you vulnerable in that they can cut you loose at anytime, and they can totally change the direction you’d like to go in. No matter how much you work and how much you’re appreciated, you can be kicked to the curb, you can be betrayed, and you have to be ready for that. On the flip side, when you own your own business, there’s maybe times you work tirelessly and get paid nothing, but it’s yours. You have to face the possibility of failure. You have to pay bills, take losses, and worry that some moves won’t render success. It’s definitely easier to work for others, but for those who take a chance, it sure is worth it. If DLB and Rob worked for someone else, if they didn’t own the businesses they created – or – if they sold these businesses or took so many partners they lost the controlling stakes, who knows if they’d be where they are today?

Right now, as I write this article, there’s active threads on message boards, folks are ordering FNF clothing, and people are talking in gyms about DLB. She’s really become the Kai Greene of her sport, like a myth and legend. So many people want to see her compete again. I think the kicker is, people don’t even care if she wins or not. It’s bigger than that; however, athletes of Dana’s caliber, wouldn’t just compete for fun. She’s a former WPD Olympia, after all, so she’d have to come to win. I think she has a great shot, if she wanted it. What would it mean to you, to see DLB, back on stage!! What do you think it would do for WPD?