WITH THEIR FIRST SANDOW, WHO WILL TRAIN AT OXYGEN GYM NEXT? 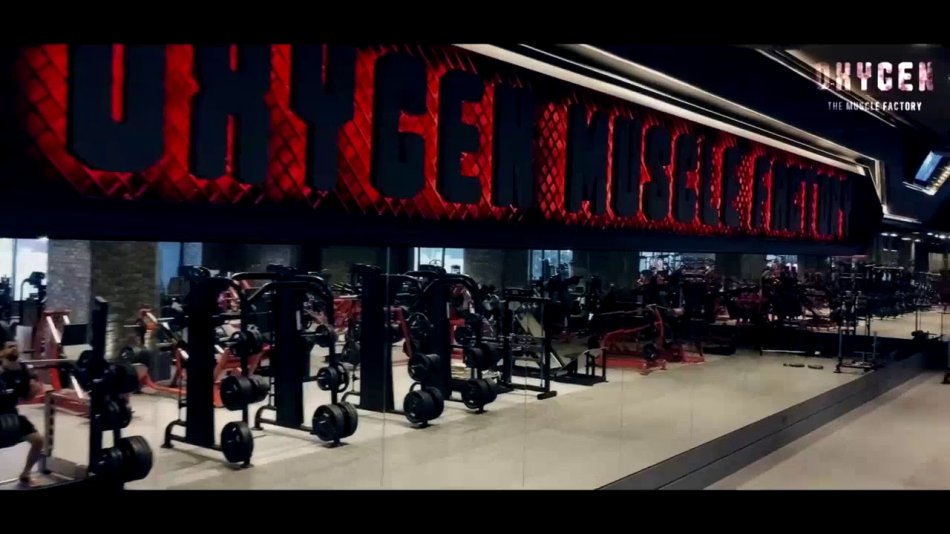 Thanks to Brandon Curry, Oxygen Gym can now say they have an Olympia champ under their belt. There have been many competitors who have moved to Kuwait to train at Oxygen Gym under Bader Boodai but not many have been as impressive as Brandon where they went over there and brought back a complete package.

Unless you’re a top bodybuilder and get an invite to head over to Kuwait, training each month at Oxygen Gym will cost you around $160 (yes, that’s per month). But that being said, you can consider it the Gold’s Venice of Kuwait (only a million times nicer). Also, if you want to put on a ton of size, Oxygen Gym seems like the place to be.

Who’s Been Under the Watchful Eye of Oxygen Gym?

As mentioned above, Brandon Curry right now sits on the throne. He was trained by Abbdullah Al Otaibi. Overseas they call him the “Pro-Maker.” Not to be confused with Hany Rambod, the “Pro-Creator.” Abbdullah would literally follow Brandon around, making sure everything he does sets him up for success. That being said, will Brandon return to Kuwait for another productive off-season? Personally, I think so. But then you have guys like Big Ramy, Victor Martinez, Nathan De Asha, Regan Grimes, Roelly Winklaar, Breon Ansley, Ahmad Ashkanani, among others who all have trained at Oxygen Gym.

But let’s take a look at some of these guys mentioned above. Roelly Winklaar is one of the bigger names to be training out of Oxygen Gym. He’s one of the biggest competitors to step on a bodybuilding stage (it doesn’t matter where that stage may be). Yet, the crew at Oxygen Gym can’t seem to nail Roelly’s conditioning. He comes in soft at just about every Olympia appearance. Ultimately, his conditioning is his kryptonite. It’s what kills him every year at the Olympia.

When Victor went over to Kuwait, he came back looking close to when he was in his prime, however, it was never enough to beat the line-ups he faced at major shows. Big Ramy can be put in the same category as Roelly. Ramy can’t seem to nail his conditioning. He’s soft and watery at just about every Olympia which has put him behind Phil and others in the placings. If he could have nailed his conditioning and been consistent with it, he could have been Mr. Olympia for many years.

Breon is someone who seemed to go under the radar over at Oxygen Gym. However, his physique showed drastic improvements while over in Kuwait as he won the Men’s Classic Physique Olympia back in 2018. Another competitor who was fairly quiet overseas and had a short-lived stay was Regan. Grimes was forced to leave Kuwait early due to health issues but looking back at the few months he was there, it was said he put on around 50 pounds of pure muscle – pretty crazy (must be something in the water).

They Have Talked a Big Game

It seemed like each year Bader and the Camel Crew would talk a big game about the package guys like Ramy would be bringing to the stage. They kept saying “this is Ramy’s year.” Yet, when Ramy would show up, everyone would (for another straight year) be disappointed with what he brought to Vegas. Things have been pretty quiet in the off-season of 2019 and there wasn’t much talk about anyone in particular other than Brandon leading up to the Olympia. Sure, you would have bathroom pics of Roelly in the magic mirror, but other than that, not a peep out of Kuwait.

Having Brandon win the Olympia in 2019 could put that spark back in Oxygen Gym to start some smack-talking again.

Like I said earlier, I think Brandon will return to Oxygen Gym in 2020 to prepare for the Olympia and retain his title. But who’s willing to take the long plane flight over to Kuwait and train under Abbdullah?

If I were to look into my crystal ball of who could take the trip over to Oxygen Gym next, I would say the following men’s open competitors will make the trek: no one. Wait, what? That’s right. No one. Other than the regulars (Roelly, Brandon, Ramy, De Asha), I don’t see anyone else going over to Kuwait.

Bonac is a family man and I don’t believe he will leave his family to go live in Kuwait. Cedric won’t go over due to his obligations with the military. Hadi is under Hany Rambod and placed well at the Olympia so I highly doubt he will drop Hany to go over. Phil may never step foot on a bodybuilding stage ever again and if he does, it will be under Hany’s watch. Dexter or Kuclo? Nope. Not a chance. Juan Morel? Nope. Luke Sandoe? Unlikely. Akim Williams? Doubtful. Patrick Moore? Holy balls, Batman. Can you imagine what this newcomer on the scene would look like if he went to Kuwait and put on more size? He’d be absolutely crazy looking.

Well, I guess that was a letdown. Oxygen Gym, in my opinion, better milk guys like Brandon, Roelly, and Ramy for all it’s worth. Also, they better pray one of those three men win the Olympia each year if they want to stay on top. All it would take is a Phil comeback to rain on their parade.