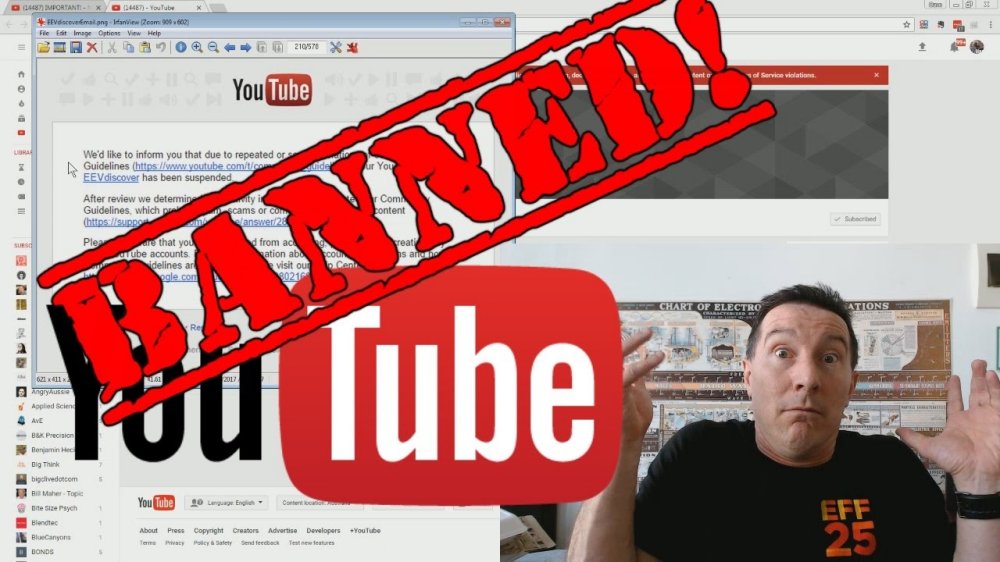 There’s a new podcast on the bodybuilding scene that quite frankly is spreading like wildfire. It features two IFBB Pro’s, who are both truly knowledgeable, very experienced, and very outspoken. IFBB Pro Nick Trigili and IFBB Pro Santi Aragon have a long history of collaboration on various social media videos and series, but this podcast really hits the nail on the head. Your Bodybuilding Plug couldn’t have come at a better time than now. Just about a week or two ago, many of us were deeply saddened to hear that Nick’s Youtube channel had been terminated.

When that happens, Youtube will wipe the entire channel, and although there is an appeals process, very few people have been able to successfully complete the process. What I find to be most bizarre about that whole situation is the fact that channels that go way beyond anything Nick ever said or did, are in fact left up. I like Vegan Gains’ love and respect of animals, but that’s an example of a channel that’s gone way beyond anything Nick has done. VG lost his channel and then regained it. The difference between VG, and content creators like him, and Trigili, is that Nick doesn’t rely on Youtube earnings for his livelihood.

Others, like Greg Doucette, Kenny KO, Nick Strength & Power, make a considerable part of their living from Google Adsense. For those guys losing their channels would do them a huge disservice. Not only that, but with far less competitors competing, even guys like Doucette, would have a tough time making a living. One day he’s a YouTube star and next he’s asking you if you want your groceries in paper or plastic. Well, maybe I’m being a little overly critical, but the fact remains, some guys are totally dependent on YouTube.

Fortunately, Nick has his company, and he’s got a great friend in Santi. When you get your channel deleted, they don’t want you to start another one and you never really know who was behind you losing your account or what you did. I love YouTube, but they really need to up their game. Just this year, Spotify signed Youtube’s biggest content creator, Joe Rogan, for a $100 million deal. As YouTube continues to add more red tape, more rules, and continue silencing channels that may touch upon subjects they don’t deem conducive to their mainstream interests, we may start to see more of a decline when it comes to the site’s popularity. That being said, while most might run from Trigili, Aragon has provided his channel as the springboard for the new series. As one subscriber/fan put it, Santi is everywhere; he’s on IGTV, he’s on YouTube, and he’s competing at shows – not just in one division, but two!!

The bottom line is simple, pro’s who turn to the media hit the nail on the head. When they talk about building muscle, who knows better? A chubby guy who’s never competed or a pro? C’mon, the answer is an obvious one. When it comes to talking about new rules, condition, or how the sport has changed – once again, there’s no better expert that a person who’s been in the trenches, who’s prepped sixteen weeks only to come short of the card or a pro win.

I also think that when it comes to drugs – from muscle builders to diuretics and nuances – seasoned competitors can speak with even more knowledge than gurus. A guru may know read a lot, may have a lot of experience prepping clients, but unless they’ve run the gear, unless they’ve felt the strength and unless they’ve made their bodies transform, then their insight will always be inferior to that of the guy who lived it. And that’s just it, how many guys actually turn pro? And how many people who turn pro, then go onto competing? If you’re going to have a 30 minute or hourlong program on the intricacies of gear, dosages, and caloric intake, the fans will make themselves heard. A great show will get tons of views, tons of shares, and tons positive interaction. Viewers will subscribe, they’ll give thumbs up, and they’ll take the time to write thoughtful comments. One look at the new show’s channel and what I just wrote becomes self-evident. When the fans speak, their voice is unmistakable.

Another big podcast that’s spread like wildfire is The Boston Mass Podcast, featuring IFBB Pro Jose Raymond and Nate Telow. This program joins others, like that of IFBB Pro Fouad Abiad. More and more pros are taking to the airwaves and the fan support is undeniable. Not all pairings will work. For example, Nick & Santi work great, but there’s has to be compatibility. For example, with the Bodybuilding Plug you have two strong hosts. With Pro Bodybuilding Weekly, for example, you had a more dominant host in Dan Solomon and more of a sidekick in Bob Cicherillo. The same with the original Heavy Muscle Radio. There Dave Palumbo was the driving force, while John Romano was the supporting talent. Now don’t get me wrong, the supporting talent is also key, just less in the spotlight. It’s like guitars in a rock band. Both guitars are key, but the crowd doesn’t go nuts for rhythm guitar riffs. It’s the lead guitarist who steals the show. Every so often, you get a program where both hosts are lead guitarists, both hosts are alpha males, and both hosts can lead the show. When it comes to the Bodybuilding Plug Podcast, no one is riding in the sidecar. Back in the old days of Heavy Muscle Radio, you got the feeling, if Palumbo ever said he wanted coffee, Romano’s only reply would be “you want cream ‘n sugar with that?” When it comes to the program in question, both Aragon and Trigili are the captains of the ship.

So what’s the deal with the podcast? Are they going to make any kind of real money off of Google Adsense? Trigili may have lost his channel, but Santi’s is alive, and well, so will they split the YouTube revenue? Here’s the thing, that revenue, collectively probably wouldn’t be enough to get these guys a good dinner at their favorite restaurant, let alone make be a livelihood for them. So why do they do it? Is it simply out of love of the sport? I’m sure there’s a little bit of that, but both hosts own companies.

While YouTube money may not be what it was just three years ago, it continues to draw traffic – same with Instagram. Do you ever wonder why guys like Chris Aceto do IG Lives? They don’t make any direct income from it, but it’s what they make indirectly that makes it all worth it. Whether you sell books like Aceto, supplements like Trigili, or waist tapers like Aragon, the pennies made from Google aren’t what incentivizes content creators. In fact, many of your favorite YouTube channels probably don’t even monetize their videos. There’s just too many rules, too much red tape, and for what? Peanuts? Most of the outspoken guys would rather make no money from the platform, rather, promoting their own products or taking on outside sponsors to back their play. That’s exactly what’s being done with the Bodybuilding Plug Podcast and it’s what Dave Palumbo has been doing for years!! Even when Dave has outside sponsors, he always makes sure Species is visible. That’s because it’s his company, people associate him with it, and as opposed to paying for advertising, who’s going to advertise his product better than him? What website is going to give Species better placement than Rx Muscle? The answer is, no site would.

Moreover, when it comes to getting guests, a program hosted by two pros will beat out a podcast hosted by random personalities. Also, when it comes to rumors, guys like Santi and Nick have so many contacts, from competitors to writers to corporate CEO’s, that anything they want to know, is just a few texts away. These guys don’t need to study the message boards, live on Reddit, and pester random people on Facebook and IG. If they want to know something, chances are their own friends and supporters will give them the information – long before they even think to ask for it. The truth is, when you have hosts like these, people will bring them the news because they will want their spin, they will want real truth speakers to break the news. That’s just how the industry works. Those who have the guts to go out on a limb, will always have the support of the people. Whereas a greedy person might dwell upon the fact YouTube killed their channel, I think someone like Nick looks at it like a badge of honor. He got terminated because he was 100% bodybuilding. His channel was all about being honest, and yes, sometimes honesty gets suppressed. I’m not sure what’s going on with YouTube, but I think it’s safe to say, they’re not the biggest fans of bodybuilding.

I suppose if Nick played it safe, releasing cookie cutter content like Nick Strength And Power, he’d a been just fine. But a guy like Nick, like Santi, and like myself, we’re going to tell you what’s up. I honestly had to include myself in that group, not only because I’m with good company, but because being too honest can actually end up hurting. Anyways, if I ever get in trouble for telling the truth, that’s the kind of mistake I’d be proud of. Nick didn’t advocate getting on gear, but if someone asked him about side effects of a particular supplement and he knew the answer, he’s the kind of guy who will share. He still does on IG. Nick is also very good to his supporters and he’s a very committed coach. These are all reasons his people will follow him wherever he goes. If he can’t ever get back on YouTube, so what, it’s their loss.

What I can’t figure out is why YouTube has become so PC? I’d love to know who got Nick to lose his channel. I have a pretty good shortlist, but of course, I won’t share on here. When it comes to talent – there’s simply no stopping people like Santi and Nick. Whoever got his Trigili’s channel taken down, I don’t know what you thought you’d accomplish, but your victory was very short lived. This new podcast will take the fitness industry by storm!!

What do you think of the Bodybuilding Plug Podcast? Have you subscribed?