CAN CHRIS BUMSTEAD SAVE THE SPORT OF BODYBUILDING? 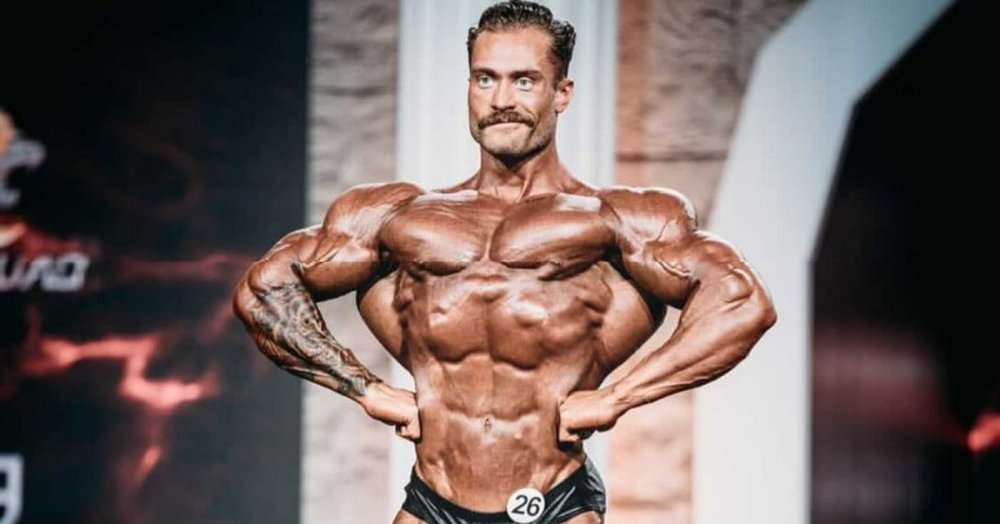 We are at what seems like a breaking point with bodybuilding these days. While it seemed like the judging for bodybuilding was pumping the brakes a little on the size of bodybuilders and going back to a more aesthetic physique, they awarded Big Ramy the Sandow yet again. My question is, what if Chris Bumstead entered Men’s Open?

When Shawn Rhoden dethroned Phil Heath, I would have put money on the line that the judges were finally going to switch gears and go for a more aesthetic and proportioned physique — getting away from the mass monsters that we have seen the industry moving towards.

Then came along Brandon Curry in Rhoden’s absence — another bodybuilder with an amazing physique but not overly massive. But 2020 seemed to be the year where the wheels fell off again when Big Ramy was crowned the new Mr. Olympia champion and, here we are again, moving in what I feel is the wrong direction.

Can Chris Bumstead Save Bodybuilding?

I am in no way looking to point fingers at the current bodybuilders out there and diminish their crazy physiques, but that’s exactly what they are these days… crazy. When you look at guys like Big Ramy, who came in at over 300lbs at the 2021 Olympia, it’s hard to imagine where the sport of bodybuilding goes from here. If mass and size are what they’re after (because Ramy was not the most conditioned competitor on stage), it’s going to be hard to beat Ramy.

Ramy is by far the biggest man in bodybuilding these days. And with his physique being the model for what the judges are supposedly looking for, I don’t see anyone up on the stage who can give him a run for his money.

Now, if they want to award size and conditioning, Hadi Choopan is clearly the favorite in the Men’s Open division. Which, I’m going to have another article coming out (if it’s not already out) on my thoughts about Hadi. But then you have Chris Bumstead. A few years ago, Chris’ physique was missing a few things to become a champion, and he worked his ass off to bring up all of his lagging body parts and is now reclaiming his title each year. How many Olympia’s could Chris win in Classic Physique? With the physique he keeps bringing to the stage, as many as he wants.

When it comes down to it (and this is my opinion), if Chris Bumstead were to walk into a Men’s Open competition, I would give him the nod to take home the hardware. He’s a complete bodybuilder with amazing lines, tiny waist, he can actually hit a vacuum pose like the old-school bodybuilders, and he still has the size to be competitive. Is he as muscular as Big Ramy? Heck no, but it’s time we start pulling back a little bit and stop playing the size game.

Will Recent Deaths Change the Judging to Favor Bumstead’s Physique?

I hate everything about this topic. We’ve lost far too many young bodybuilders over the last couple of years that it honestly makes me sick to even think about. Dallas McCarver, George Peterson, Luke Sandoe, and many others. What’s even more sickening is that the deaths in the sport aren’t just on the men’s side, it’s just as saddening on the women’s side as well.

At what point do we say enough is enough? At what point do we start focusing on the health and safety of the athletes versus the do whatever is necessary to get bone dry and big as hell before we rethink that strategy? Look, I get it. The circus freaks are what put butts in seats. Sure, the bikini and wellness competitors are nice to look at, but fans pay the big bucks to see the mass monsters.

Once we went down that path, everything became a slippery slope. We saw the biggest yet unconditioning bodybuilders winning shows that should never have even been in the first callout. Competitors that were holding so much water that they could have been a water buffalo. Meanwhile, all of the ripped and conditioned competitors were falling back. So, what did they do? They said the hell with conditioning and played the size game. Big mistake. Now, we can’t seem to turn the car around from inevitably driving off of the cliff.

Chris Bumstead could very well be the face of bodybuilding — and not just from a Classic Physique standpoint. When I look at bodybuilders in the industry today, something is missing. There’s a personality that is no longer there. Jay had a personality. Ronnie had a personality. Phil, eh, not so much, but I’m not sure having his life under a microscope is his plan. Brandon, while a nice guy, didn’t do anything as Mr. Olympia. And Ramy, well, no one ever sees him unless it’s on his Instagram. Thankfully, he’s at least improved his English which may be why they finally presented him with the title last year and again this year.

Let’s be honest, bodybuilding and the Olympia is a business. They want what’s best for the brand. Part of another article that I wrote about Hadi is the fact that he speaks zero English. Would the Olympia want to award someone who can’t even speak the language? How can he communicate with the fans? It’s unfortunate that it’s that way (in my opinion), but I honestly believe that’s why Hadi keeps getting overlooked at the Olympia. What about the fact that he’s from Iran? Not that it should matter, again, in my opinion. Who would be a great ambassador for the sport? Chris Bumstead.

Seriously though. Think about it. Guys think he has a great physique. Women think he has a great physique. He’s got a great personality. He’s active online with his fans. People can relate to him more than guys like Big Ramy. I think if the judging were to change and Chris jumped into Men’s Open, we could change the way people look at bodybuilding, and it may actually make a slight shift to going mainstream. But I truly don’t believe that will ever happen with guys like Big Ramy as the headliner. What do you think?