COCA-COLA WITH COFFEE IS FINALLY IN THE US! BUT WILL IT SELL? 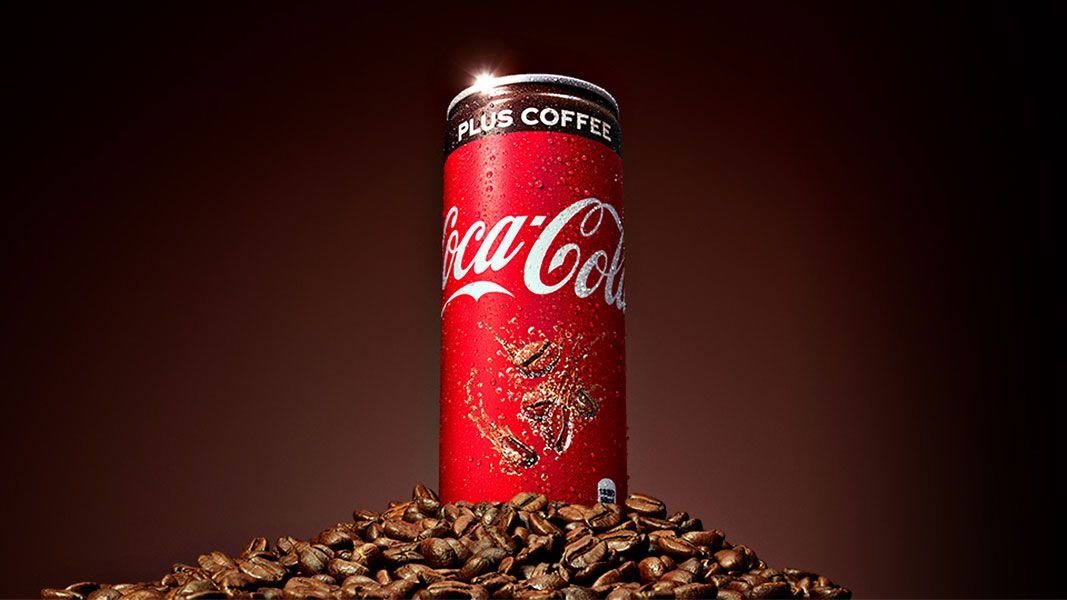 When it comes to coffee topics, you know I’m all about that life. Add in the fact that we are taking Coke Zero Sugar and combining it with COFFEE, and you now have my undivided attention. But here’s the interesting part of this whole topic… I wrote about this Coca-Cola with Coffee back in 2018. No joke. Check it out for yourself (article). I was so excited when I heard the project was being worked on and rolled out to various countries, but I mentioned it might never get to the US as the Pepsi version of this product failed miserably.

So, here we are in the early stages of Q1 2021, and the news was just released that Coca-Cola with Coffee has landed in the US. If anyone is doing the happy dance, it’s me! Australia (to the best of my knowledge) was the first to get this Coca-Cola with Coffee back in 2017. Four years later and it’s finally hitting the shelves in America. But will it sell? Let’s discuss.

Coca-Cola with Coffee: Shut Up and Take My Money

I’m going to come right out and say it. I love caffeine. My morning starts with an energy drink, followed by a cup or two of coffee, which then transitions into diet green tea, then a can of Coke Zero Sugar, a pre-workout (before my workout)… you get the picture. I could live off of Coke Zero Sugar and cups of coffee if I had to – I’m convinced. That said, I limit myself to both, but with this new Coca-Cola with Coffee launch in the states, I may have to reprioritize my life.

Now, before I put the cart before the horse, I really don’t want to get my hopes up. Pepsi did something similar where they launched what was called “Pepsi Café.” Literally, it was a combination of Pepsi plus coffee – similar to Coca-Cola with Coffee. Unfortunately, it flopped, and I don’t know anyone who raved about the flavor of the Pepsi version, which has me slightly scared about the Coca-Cola version.

I believe it was last year, Coca-Cola launched their Coca-Cola Energy. I may have been the only person in the industry who actually enjoyed the flavor of this beverage. Most said it was absolutely disgusting. So, if I had to place a wager, I would say I’m going to enjoy the Coca-Cola with Coffee, but everyone else is going to spit it out.

What’s the Buzz Surrounding This Beverage?

The slogan of this new beverage is, “Sips like a Coke and finishes like a coffee.” If you enjoy both of those beverages, I’m not sure what there is to dislike about the sound of that. Will the coffee flavor be overpowering? I’m not sure, but I sure as heck would like to find out. I have yet to find or try this beverage, but when I come across this Coca-Cola with Coffee, you can bet I’m going to buy one of each flavor that comes in the sugar-free variety.

At the time of writing this, Coca-Cola has announced this launch in three flavors – Dark Blend, Vanilla, and Caramel. The zero sugar will only be available (right now at least) in the Dark Blend and Vanilla.

The 12oz cans will provide 69mg of caffeine, which puts the caffeine content slightly under a normal cup of coffee. What kind of coffee is added? The only thing I can find is what the label claims as “coffee powder.” How will that equate to taste? Your guess is as good as mine at this point.

Brandan Strickland, the Coca-Cola brand director, said, “Many people are often torn between reaching for a soft drink or a coffee at 3pm at work, at school, or on the go. Now, you don’t need to leave Coca-Cola to get your coffee fix. Coca-Cola with Coffee is a true hybrid innovation that provides the perfect solution for that mid-afternoon pick-me-up we all want, especially in today’s work-from-home environment.”

I would tend to agree with that statement. And to the point of bridging that gap, it makes sense for Coca-Cola to launch such a product. It’s actually quite refreshing (a little soda pun) to see a company like Coca-Cola thinking outside the box – even though this product has been available in different countries for years now. If you were to look it up in other countries, you would find it called Coca-Cola Plus Coffee. They even stated that the US is the 50th country to launch Coca-Cola with Coffee.

With the US launch only happening now, it’s hard to say as there are no numbers to back it up. Being that it’s the 50th country to bring the Coca-Cola with Coffee to market, you can only assume that it was a hit in other countries. Otherwise, why would they launch it in a US market that is VERY opinionated and particular with their wants and needs?

But here are my thoughts. I think it’s going to sell. The initial trial on the product, I believe, will be high. A combination of a Coca-Cola taste that also has hints of coffee mixed in, it should entice many people – me being one of them. If you’re reading this, it probably appeals to you as well (unless you have nothing better to do than read my content – which thank you for reading this article either way).

In the next breath, I will say this, at 69mg of caffeine, it’s not going to appeal to the people who are caffeine-junkies. 69mg of caffeine won’t even keep them awake. So, unless they are buying for flavor alone and not energy production, I’m not sure they will be repeat buyers.

I Googled “Coca-Cola with Coffee,” and out of two pages of search results, I couldn’t find one retailer that was currently selling the product. In fact, there wasn’t even a mention of it at a retailer, only a bunch of news and media websites talking about the launch. I did, however, find an ad from Walmart that promoted it. From what I saw, it was loaded on their website on December 20, 2020, but is currently showing out of stock. The price point on the Walmart website shows a four-pack retailing for $5.48, which breaks down to $1.37 per can. How does this compare to a regular Coca-Cola? A 12-pack of Coca-Cola is priced at $5.18, which breaks down to $0.43 per can. At over three times the price, the product better be amazing.

All that being said, I’m excited to try the new Coca-Cola with Coffee. I’ll definitely give it a try. Will I be a regular consumer? Only time will tell. Will I make the jump to this over energy drinks? No, not a chance. But it may be a good addition to the rotation. What do you think?