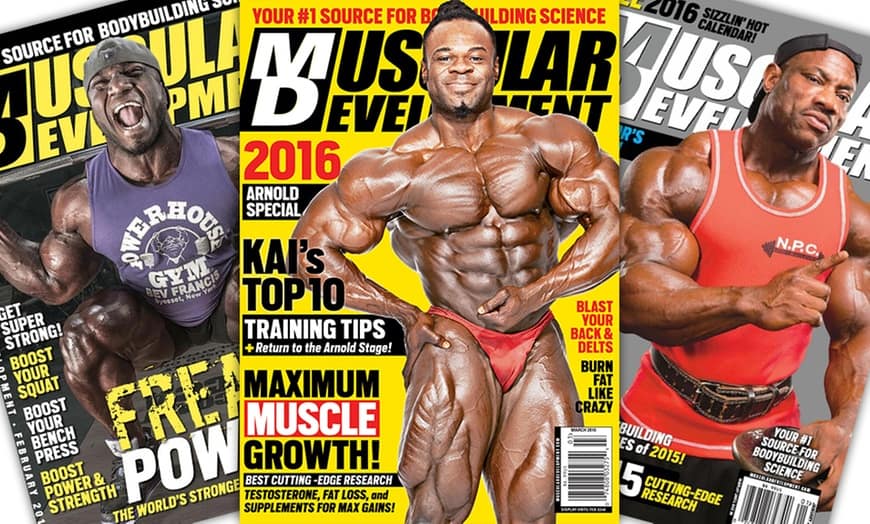 The fitness industry continues to be one of the most competitive markets on Earth. You have hundreds, if not thousands, of physically-fit, good looking, and ambitious men and women, all engaged in a dog-eat-dog atmosphere, where everyone wants to be sponsored. Some deals pay little more than a minimum wage retail job, but where the money is lacking, the personal pride and bragging rights of having a company backing you, takes over.

Whether it’s supplements, clothing, gym accessories or meal prep services, every athlete wants a group of backers. This legitimizes all their sacrifices and helps to create an image of success. Although perception isn’t always all it’s cracked up to be, how you look business-wise is as important as how you look body-wise.

The desire is real and the demand is through the roof!! Company marketing departments are well aware of this and use this reality to employ various bait and switch tactics that draw out more and more applicants for less and less benefits. Novice athletes and those new to social media, will take just about anything. Some will work for little money, others will be grateful for protein, but the vast majority are ok with just getting a code and the possibility of etching out some kind of commission. Their primary goal is recognition. It’s pride – and pride alone. Nonetheless, their presence has permitted companies to offer less money, while demanding more commitment and more work. As time passes and inflation/cost of living increases, employees should make more; however, such is not the case when it comes to fitness. Statistically speaking, many of the “big” bodybuilding contracts of today, are 1/4 to 1/3 of what they were 10-15 years ago.

While, historically, only Pro’s could earn a living from competing, that model has been turned on its head. Back in the 90’s, Craig Titus made headlines when he inked with MetRX – long before winning the NPC Nationals and earning his card. Now, most national Level NPC athletes have some kind of “sponsorship.” Ironically, most competitors are with multiple companies, yet still have to cover their air, hotel, food and entry fees. On top of that, if they don’t place well, they can lose what little they have coming in. This is hardly the kind of deal most aspiring physique-based athletes work so hard for, but it’s what many settle for.

But surely, this isn’t the case with pro’s at the New York Pro, Arnold, Olympia levels, right? I mean, we’re talking about the best in the world, after all. Well, with them it’s especially true. The only difference is, the top pro’s may only have one or a handful of income streams. Maybe, they’re naive enough to believe that as long as they put 110% into their training, their diet, and promoting the product lines, that the companies will gladly see to their part and keep those checks coming. It’s the right thing to do, right? I mean, if the athlete lives up to their end of the deal, then the companies should too.

Here’s the deal, though. Forget about, “what’s right.” Ditch the romantic sentimentality of honor and good faith. I’m not saying there’s no place for it on the industry, but it doesn’t reign supreme. It isn’t an unbreakable code by which everyone lives. Even athletes who give 120% on stage, at expos, and on social media – get cut!! It’s just business. There’s no loyalty if a company is hemorrhaging. If corporate’s not eating, cuts will be made. They might be made the Wednesday before Thanksgiving, on Christmas Eve, or even on your birthday. Is it shitty? Sure, but that’s life!! Especially in this industry.

I will admit, however, that some cuts fall outside good business; some are made as a result of lack of vision and/or corporate greed. Sometimes companies use an athlete, they exploit them, and then throw them away. Does that happen? Of course!! And this is why all athletes, from Level 1 novices to Top Olympians need to really wake the f*ck up!! I’ve seen guys who went all the way to the top, winning the biggest titles in the sport, only to get dropped. Imagine winning the Olympia, then losing your livelihood.

Most contracts in the fitness industry offer the athletes no security. Athletes can walk anytime, but why would they? As we stated initially, contracts are few and far between, but just because you sign a contract, it can be ripped up as easily as it was put together. Whether it’s a straightforward document or one that’s accompanied by pages upon pages of boilerplate (aka fine print), the common denominator is that either side can walk, for any reason, usually without notice. And while at first blush that may seem equally beneficial, it’s really lopsided, giving the contractor far more power than the contractee.

In contacts law, if terms are added, both sides need to agree. If you, as an athlete are suddenly asked to do more, you should be given more. If this doesn’t happen, the contract may start to take on an illusory feel. Illusory contracts are one-sided, where only one side benefits while the other works. The more illusory the contract gets, the harder it is to enforce; however, as long as there’s mutual agreement, the new terms can usually become part of the original deal. Again, while the contact’s freedom seems mutually beneficial, it really just serves to highlight the unequal playing field that is the bodybuilding world.

That being said, contracts are necessary and it’s always good to have your own lawyer look them over, first. Always avoid being pressured to signing anything; read everything thoroughly, and always get a copy of what you signed. That being said, once you sign a sponsorship, PLEASE don’t assume you’re safe for the duration of the term. The same way there’s no penalty for you leaving, there’s no penalty for them to show you the door, either. Moreover, in many cases, you’re not even owed an explanation, much less notice or a severance package.

This is bodybuilding, not Wall St. Be mindful of this and don’t get comfortable anywhere. If and when the temptation arises, nip it in the bud.