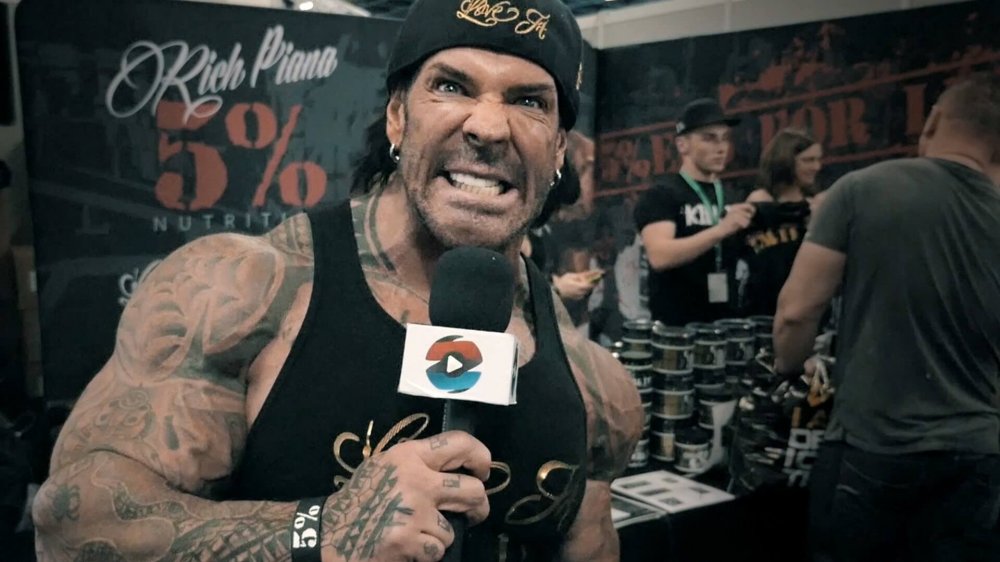 When it comes to bodybuilding media, you’ve got the giants from the print era, a hybrid group from the past decade, and the new wave of influencers and commentators of the last 2-3 years. With regards to print media – it’s basically dead. Muscular Development has proven itself to be the last of The Mohicans, not just covering bodybuilding, but making it, its driving force. Ironman Magazine is still around, but it only covers natural bodybuilding federations. There really aren’t any other serious bodybuilding publications left. MD has evolved online, from Dave Palumbo to Ron Harris, but for many the magazine will always be their claim to fame.

With regards to YouTubers from the last decade, many of its biggest names have long changed gears, from The Hodge Twins to Luimarco to even Kai Greene. Bodybuilding isn’t the only tool in their wheelhouse and many have opted to make bigger money and land more mainstream work by distancing themselves from the scene that made them famous. Others like Luimarco, went on hiatus, only to come back to a scene that had basically turned the page on them. Sometimes, when you snooze, you lose!!

Perhaps the biggest name of all in social media, Rich Piana, passed away.

As of the last 2-3 years we’ve seen other stars come and go. At one point in time I would have called Generation Iron a powerhouse, but I can’t tell you the last time I saw anything of theirs that’s really got me excited. Right now, at least, it seems the playing field is pretty much between the old dinosaurs and the current YouTubers. We all know the most popular of the pack to be Nick Strength And Power, but does he have any viable challengers? Is there anyone that puts out content that could be perceived as an alternative to his channel? The answer is a resounding, yes!! Xavier Wills of Desktop Bodybuilding could very well be that guy, but why?

YouTube has been around for a while. I remember it was already somewhat of a force by 2008; however, it was at the turn of the decade that it really took off. There’s always been a clique of guys at the top, whether it’s Bostin Loyd, Jerry Ward, Marc Lobliner, The Delray Misfits, the list goes on and on. Even Jason Blaha amassed considerable fanfare, but many of these guys were popular for their outspokenness and/or other antics. It wasn’t until Luimarco that a DIY commentator could hit megastardom for his insights, alone. Luimarco didn’t have any pre-production, he didn’t have a fancy intro or any special effects. He was the king of DIY, just talking into his webcam, and not holding back. That was pretty much it. No bells and whistles, just simple talk. Lui’s rise could be described as that of a troll who coined several catch-phrases, slowly became a fan of bodybuilding, and ultimately started to make appearances worldwide. The deaths of Rich Piana and Dallas McCarver created a negative atmosphere for bigtime YouTubers. When monetization became an issue and the big money started to take a hit, some (like Lui) went MIA, others slowed down the pace at which they released content, and for others, it was business as usual. One of those guys who never stopped was Nick Miller aka Nick Strength And Power. Not only that, but as Lui’s protege, he inherited his following. When Lui wanted to come back, he was SOL. Nick wasn’t about to forfeit the kingdom he acquired – not to mention that by the time Lui wanted to come back, Nick had already gained another 100,000 – 200,000 subs. His dominance was so pronounced that after a few failed comebacks, Luimarco gave up, confirming Nick Miller as the top dog. As of the break of the pandemic, one channel that’s made a strong run at NS&P has been Desktop Bodybuilding.

The key to DB is competitive bodybuilding. In many ways, Xavier has kept his channel more on point than Nick’s. What I mean by that, is that there’s plenty to cover in IFBB and NPC physique-based sports, but Nick has gone beyond that. In fact, Xavier has now taken to podcasting and bringing on co-hosts and guests. Nick, on the other hand, has delved into other forays, even putting up channels that cater to areas outside of bodybuilding. In many ways, I think Miller has a broader “big picture” of what he wants to do. It would be interesting to ask him where he sees his channel in a year, five, or even ten years down the road. I don’t think he’s looking to jump ship, but I certainly think he wants to expand his reach. With over a million subs, there’s also the chance that he’s getting bored. Further, there’s no way Nick would ever take on a co-host or have multiple guests. I think he would see that as giving up his platform and/or diluting his reach. I don’t think Miller is a narcissist, but I also don’t see him being as secure as Wills, in this regard. That being said, maybe Nick doesn’t have to do anything different than what he’s doing. Still, although his channel continues to grow, at what point will the fans grow bored with him? I mean at some point, like any other channel, he will no longer be the top dog. The question is, how much bigger could Miller get?

One thing that I really like about Wills is that he’s not delusional. He realizes that Miller has more than 50x his audience. He understands Miller has big sponsors, close links to promoters, and he also understands that Nick is in America. The internet is global, but being in America is undeniably an advantage. Australia has some of the most restrictive laws with regards to events and traveling. If Wills was U.S.-based, I think it’s safe to say he’d have 5-10x the subscribers and reach that he currently does. Would he ever move to America? That I don’t know, but if he truly wants to push his channel to the limit, I’m sure it’s a thought that must have crossed his mind. That, too, is something I don’t know. Is Desktop Bodybuilding just something Xavier is doing for fun – or – does he want to build an empire?

Although Wills’ reach may be limited due to the travel restrictions and the pandemic, the fact he speaks English and puts out English content, means he still has a strong shot. That may seem silly, of course he speaks English – he’s from English-speaking country, but there’s a lot more to it than that. If you want to be famous, English is the language to speak. That may seem cocky to say, but prove me wrong!! Not only would you be hard-pressed to win, I doubt you could even gather enough evidence to make a valid argument. Whether you’re in America (North, Central, or South), Europe, Asia, Africa, etc, the one language that seemingly everyone knows – or – wants to know, is English.

When it comes to audience #’s, this, too, is a reason for pause. When we look at view counts, Miller buries Wills, but when we look at engagement, there seems to be data that suggests a change may be conceivable. When it comes to the content itself, both guys offer key insights, and both guys tend to fly on their own. Whereas a lot of the old school talking heads more or less clinged to existing schools of thought, both NS&P and DB aren’t afraid to go out on a limb, whether making bold predictions or criticizing competitors, federations, or the status quo. Both channels also tend to read and answer their comments, something the old guard outlets do not. Interestingly, both Miller & Wills have their biggest audiences on YouTube; neither one of them have a strong presence on Instagram, Facebook, or Twitter. This is both good and bad. It’s good that they are big on an established platform; however, it’s curious that neither can dublipcate that following elsewhere, and it’s my understanding they’ve both tried.

I, myself, prefer Desktop Bodybuilding and have always found NS&P to be DIY on the surface but aiming to be establishment. That’s not a knock, it’s just not what I like when I watch a YouTuber. For example, look at Greg Doucette, that’s another DIY YouTuber. I like Miller’s content, his commentary, but I don’t care so much about the presentation. I also think that NSP is too sensitive. He’s got me blocked and I don’t even know why? And guess what, he apparently has Xavier WIlls blocked as well. Unlike Luimarco, who gave Nick a hand, I think that’s the last thing Nick wants to do with Xavier.

Anyways, who knows what the future will hold and where these channels will be in a year’s time. I’ve seen channels that ruled the world, literally take a nose dive in a matter of months, sometimes weeks. I doubt that will happen with NSP, but at some point you stop growing and you start losing ground. If and when that day happens, I have a feeling DB will experience a huge surge. Which channel do you prefer, and why?