HOW WELL WOULD CHRIS BUMSTEAD DO IN MEN’S OPEN? 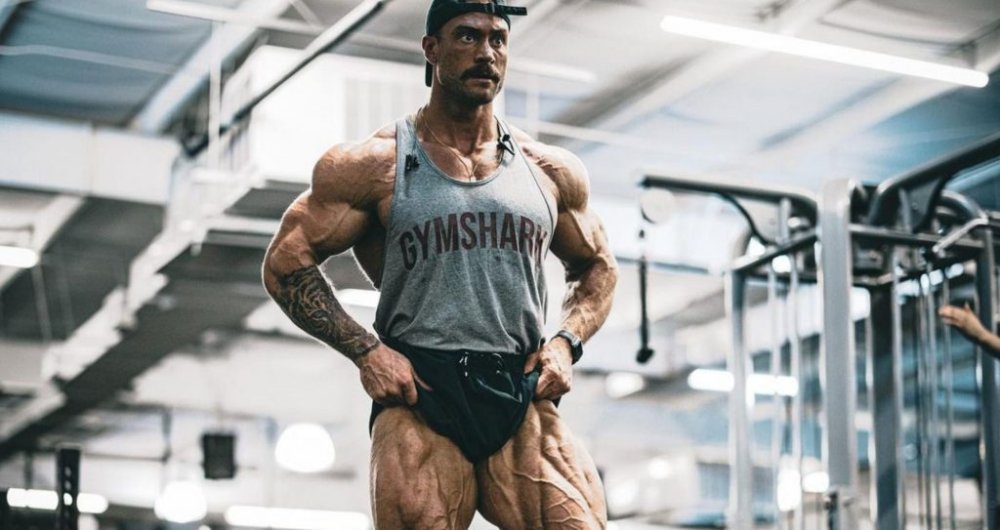 For starters, while there are rumors that Chris Bumstead is eyeing up the Men’s Open division, at this point, they are just that – rumors. However, let’s have a little fun and throw it out there on the table on whether or not Chris could actually shake things up a little or not in the division.

In recent interviews (when asked), Chris Bumstead has said his focus is on winning more Olympia titles in Classic Physique. However, he’s thought about what it may be like jumping over to a different division. And let’s be honest, it wouldn’t be the first time a Classic Physique competition has transitioned into another division, and it wouldn’t be the last time either.

One thing to take into consideration is “what it takes” to stand next to the big boys in Men’s Open. I’m not naïve to think that Chris Bumstead is natural, but moving up to Men’s Open is a whole new animal. I’m not saying he couldn’t do it – I’m just thinking out loud and asking, “Is it worth it?”

Chris Bumstead: Don’t Fix It If It Ain’t Broke!

You’ve heard the saying probably more times than you care to remember, but this is the case (in my opinion) with Chris Bumstead. Chris is on a different level compared to his counterparts on the Classic Physique stage. While things were “close” in previous years, at the 2020 Mr. Olympia, Chris Bumstead proved to everyone on that stage that he’s not there to play.

While people were busy picking apart all of Chris’ weak points with his physique in 2019 and 2020, Bumstead got dialed in and focused on enhancing his weaknesses until he didn’t have any. Of course, his fellow competitors mocked him, but in the end, Chris got the last laugh at the Olympia with a perfect score – essentially shutting everyone up once and for all.

Chris Bumstead battled some health issues a couple of years ago that seems like he has control of now, and from the look of his off-season physique, it appears as though he has everything running on all cylinders. Last year (as well as right now), Chris has been suffering from a torn labrum which is an injury he suffered last year, and never got it fixed. The year before that, Chris had a torn hamstring.

Overall, other than some issues that Bumstead is pushing through currently, there’s really nothing to fix with his physique. Each month he seems to be showing improvements and is looking absolutely crazy. So again, if his physique is the current gold standard for Classic Physique, why change something that isn’t broke if he can walk on stage as is, hit some poses, smile, and take home the hardware and a nice check? Unless he lost his love for the division or had an issue making weight, there really is no good reason for him to jump into Men’s Open. He’d probably still end up making more money in Classic Physique as well, so you couldn’t argue that the decision would be a financial one.

Bigger Than Some Open Competitors

Now, let’s have some fun. Let’s think for just a minute about what things would look like if Chris Bumstead decided to move into Men’s Open. At the time of writing this, Chris is right around the 264-pound mark and is the biggest he’s ever been. But again, that’s his off-season weight.

It seems as if each off-season, Chris Bumstead makes some dramatic improvements to his physique. In fact, I have never seen Chris look this good in the off-season while preparing to defend his Olympia title later this year and chase his third Olympia title. Bumstead is not only BIGGER than he was during the last off-season, but he’s leaner as well, which should scare everyone in the Classic Physique division.

But with where he’s at right now, could he do well in Men’s Open?

I’m sure there are plenty of people out there who will think I’m absolutely insane, but I think Chris Bumstead could do well in Men’s Open. Do I think he’s a contender for the Sandow? Well, no. But, in my opinion, he has a better physique than a lot of guys in Men’s Open as well as 212.

His size, conditioning, symmetry, proportions, he has it all and has an ideal physique to shake things up in Men’s Open and maybe even cause the division to shift slightly into a better conditioned and toned-down look. Or perhaps that’s just wishful thinking from the bloated and weak conditioning we have seen with some competitors the last few years.

Chris Bumstead and Big Ramy did a photoshoot after the 2020 Mr. Olympia where they jokingly posed down together. I’m not saying Chris is small, but next to Big Ramy, there was a drastic difference. Between Big Ramy, Phil Heath, William Bonac, Brandon Curry, Roelly Winklaar, Hadi Choopan, and honestly, the list could go on, Bumstead would have to put on even more size due to his height to look like he belongs on the same stage as those guys (and that’s not a shot or diss at Bumstead, it’s just the reality).

The biggest issue I see is what Chris Bumstead looks like when he diets down for a show. In the off-season, Chris looks absolutely insane. So much so that he does look like he could jump on an Open stage. However, when he diets down and depletes, he shrinks. While big enough to dwarf many of the Classic Physique competitors, I don’t see that being the case in Men’s Open.

But what do you think? If Chris Bumstead decided to give Men’s Open a try, does he stand a chance at winning any shows or even placing high enough that the jump would make sense?