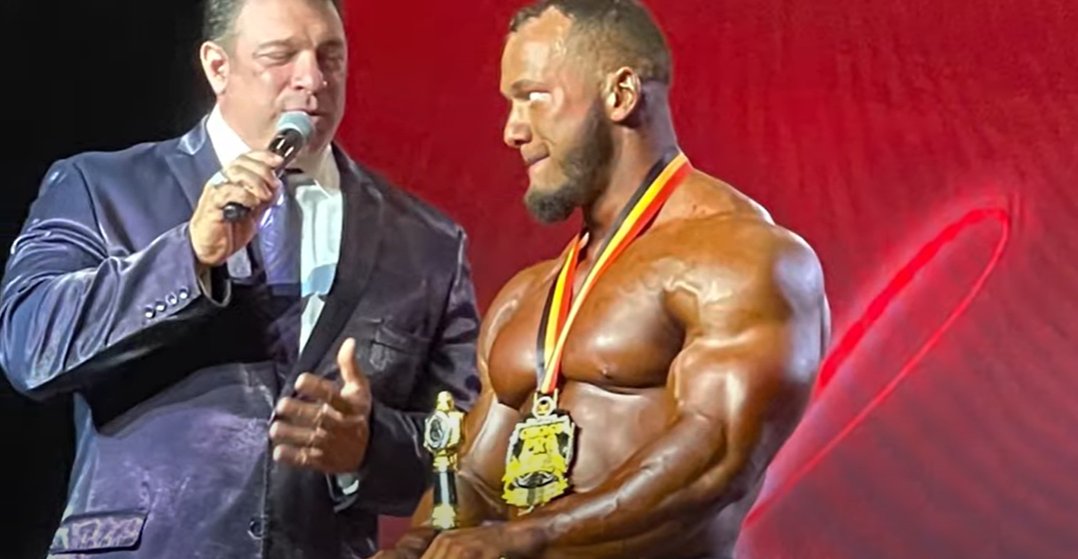 Hunter Labrada is a bodybuilder who has lived up to the hype; he’s not only met everyone’s expectations, but he’s far surpassed them. To see Hunter on stage, with his legendary father next to him, is both historic and inspiring. As I’ve often said, legacies in bodybuilding, have it harder than most. Not only do they have to do well, in their own right, but they have to do so well, that they are able to command their own following, above and beyond that of their superstar parent(s). That’s a lot harder said than done, especially with how much bodybuilders love the past.

Think of the film, Pumping Iron. It’s hard to believe that that movie is 45+ years old, but for many fans it’s timeless. Every year, countless people see it all around the world and it’s power is undeniable. Equally so, the 1980’s are a favorite among fans of muscle. They look at the battles between Lee Labrada and Lee Haney as some of the best moments in the sport. The same can be said about the battles between Sergio and Arnold. Whether we’re talking about Sergio Oliva Jr. or Hunter Labrada, their high-profile last names have made their rise to the top all the harder. Nonetheless, they have been able to carve their own niches, not by duplicating their parents’ physiques, but building their own. Hunter’s look is completely distinct from Lee’s, but there’s still certain common denominators, like an attention to great posing, entertaining the crowd, and setting their sights on the Mr. Olympia. Who knows, maybe Hunter is able to seal the deal. The fact is, Lee came only one spot short. In today’s sport, the future looks very bright for a champion like Hunter Labrada.

How you win a contest is also key. The Chicago Pro was an all out battle, bringing some great athletes to the stage, all of which were in great condition, and came to Atlanta ready to do battle. You had guys like Roelly Winklaar, a guy who just three years ago was crowned Olympia People’s Champion and who has long been considered a future Mr. O. You also had veterans of the stage like Maxx Charles, who are always in great shape and who know all too well what it means to be overlooked and underestimated. When you stand to a guy like that, you had better want it, because they hit the ground running.

Hunter was on point, he had the size and the condition. His symmetry was on point, the flow was perfect, and the look he brought could have stood up to anyone, including the much-hyped Nick Walker (who wasn’t in the contest). Hunter took the stage like the winner, posing hard and keeping everything in check. Although his interactions with his father are far more limited than most people think, Lee does look over Hunter when it comes to posing. There’s no way you’re going to be a Labrada and not know how to show the judge’s what they want to see. That’s very important. And that’s something a lot of people miss when it comes to presentation.

A lot of people, competitors included, think that great posing is judged by the amount of applause or the number of hits you get. Neither could be farther from the truth. Fans in the seats and/or fans on Instagram don’t decide bodybuilding shows. Posing for the photographers and videographers is also not going to matter in the grand scheme of things. If it’s great shots and/or great clips that you’re after, then you may very well succeed; however, if you want to win the prejudging and the night show, you need to take the stage like the winner. Self-confidence is huge and that comes with knowing you’re the best. When you present a physique that’s very promising and you nail the poses and transitions seamlessly, then everything falls into place.

Although on paper, Roelly should have smoked Labrada, in reality, he was four places below him. Some guys might have been intimated by seeing Winklaar in the competitor list, but I can almost bet that Hunter didn’t give it a second thought. This is not to say that Hunter dominated the competition. I would stop short of saying that, although other outlets, like RX Muscle took that idea and ran with it. Perhaps, they got a little ahead of themselves or maybe they were looking to score brownie points with a major supplement company who might advertise with them in the future. Did Hunter deserve to win? Yes. Was he better than everyone else, I’d say so, but the competition was pretty fierce and there’s certainly still room for improvement for the champ.

As I often tell competitors I interview, winning a contest doesn’t mean you’re perfect. All it means is, you were the best on that day, among those athletes. Hunter has his work cut out for himself, particularly with runner-up Brett Wilkin, who brought a fantastic physique, much more in line with an 80’s/90’s look than anyone else on the stage. He posed hard and was fighting for the win. Maxx Charles, who I mentioned earlier, was also gunning for the win, with exceptional condition. The fact is, size won again, but that’s not to say it wasn’t a nailbiter. In fact, I had Brett winning several poses.

While Hunter’s complete look was enough, it would be inaccurate to call him flawless. There’s still a good amount of work that he can do on his back, and as the GOAT, Ronnie Coleman, would often say, bodybuilding shows are won from the back. The fact is, I don’t think anyone takes serious exception with the judges’ decision, Hunter will need to bring a lot better to the stage at the Olympia. For Chicago, however, it was enough to get into the winner’s circle and walk away with the $10,000 check.

That being said, how does Hunter stack up against NY Pro Champion Nick Walker? How would Hunter have done if Sergio would have been in the lineup? It’s one thing to win the $10k shows, but it’s quite another to do battle at the Superbowl of Bodybuilding. I think Hunter could be very competitive and there’s plenty of time until the big dance, but only time will tell. A big question after this win, would also be, is he done until the O – or – does he plan to do Tampa, Spain, and/or other pro shows? I don’t, personally, see the point, but I’m not in the mind of Hunter Labrada. If it were me, I’d hunker down, and go to work on the back. That being said, the kinds of improvements he needs to win the O, will likely take more than a few months. Nonetheless, the bragging rights of winning the Chicago Pro, will create a whirlwind of attention and if he’s able to snag a Top 6 placing at the Olympia, he will be in striking range of the title in 2022. This is a very exciting time for Hunter, Labrada Nutrition, and the sport of bodybuilding.

Congratulations on a well-deserved, huge win!!!