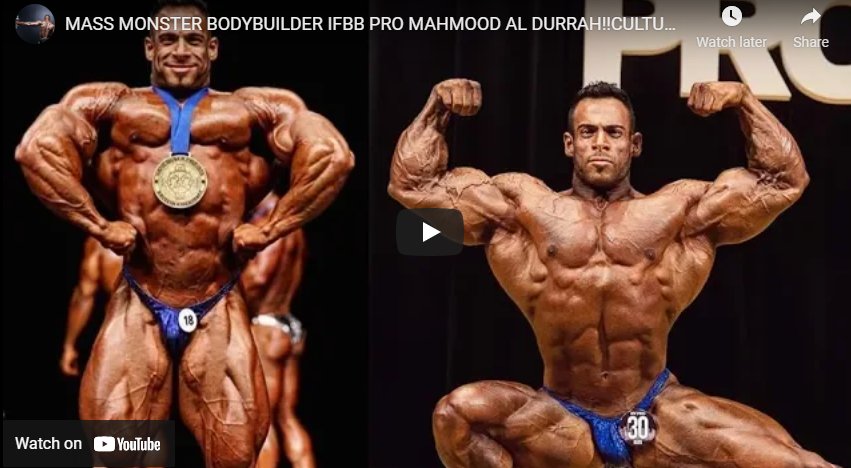 In the past, on several occasions, I’ve voiced my frustration with the media when it comes to bodybuilders and what journalists report on. It seems like any time you see the word “bodybuilder” in the news, it’s regarding steroids, “roid rage,” injecting oils that caused adverse effects, murder (ahem, Craig Titus), just about anything negative you can think about is reported. There’s never anything good being said on the news about bodybuilders until this latest story.

Canadian IFBB Pro Bodybuilder Mahmood Al Durrah last stepped on a competitive stage at the 2018 Mr. Olympia. Then after having back surgery, he realized the harsh reality that his competition days are probably over. That didn’t send him into a downward spiral, though. In fact, on top of running his own coaching company, Durrah stumbled upon a situation that opened up a really impressive new challenge for him – being Batman.

For starters, I want to not only give a shout-out to Mahmood Al Durrah but also CBC in Canada for sharing this story. I hope this opens the eyes of journalists everywhere and shows that bodybuilders and the sport of bodybuilding aren’t so conceited and narcissistic like they play it out to be. Bodybuilders have feelings and emotions, and the ability to do a lot of good things in the community – just like Mahmood Al Durrah has done in this instance.

The Most Muscular Batman You’ll Ever See 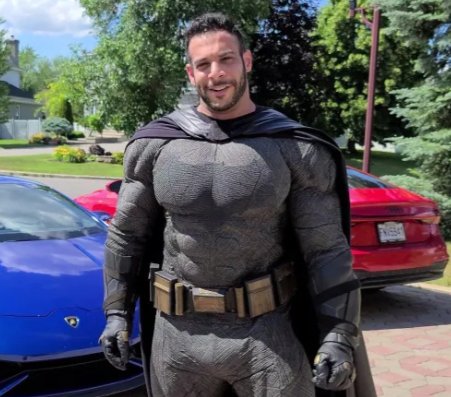 While Durrah’s son was in daycare, he complained that he was being bullied and that the kids didn’t like him. Knowing how brutal kids can be to one another, Durrah decided to take matters into his own hands. He took a Spider-Man pajama set and a mask and set off his son’s daycare.

When he arrived, the staff allowed his son to go outside, and Durrah played it off that Spider-Man came to visit him (his son had no idea it was his dad). As you would imagine, all of the kids were at the windows watching the encounter between the young boy and Spider-Man. Needless to say, the kids thought he was now “super cool” that he got to talk with Spider-Man and the bullying stopped. But Durrah didn’t just stop there.

With so many people being affected by the pandemic and lockdowns, Durrah had the idea to don a superhero costume once again and dress up as Batman. His encounter with his son showed him how much kids love seeing and meeting superheroes, and decided there’s more he can do to leave a lasting impact on kids. After purchasing a full Batman costume, he set off to work with parents of special needs children and help put a smile on their faces.

Durrah isn’t sure how long he will continue to dress as Batman, but for the time being, he is thoroughly enjoying the process and seeing kids smile and get excited that Batman paid them a visit.

(I mean, seriously… How cool is that?)

A Call to ALL Bodybuilders

Here’s what I would love to see happen after hearing about this story with Durrah dressing up like Batman… What if more bodybuilders took this same approach?

Think about it. One person who did an amazing job of dressing up and making kids smile is the late Andy Haman. If there was one person who could put a smile on the face of kids and adults, it was Andy. What better way to not only help kids but pay homage to the legacy of Andy Haman than by getting active?

Bodybuilders in public are considered “freaks.” It’s like a walking circus wherever they are. However, when a bodybuilder puts on a costume, they become a real-life superhero, and eyes get big.

Wouldn’t it be awesome to have bodybuilders from various states all unite and hit up various hospitals in their area dressed as superheroes? Obviously, they would need to follow whatever guidelines the hospital has in place as well as restrictions due to the pandemic, but how cool would that be? Do you want to get bodybuilding in the media (for the right reasons)? Do good things for others, and it will get noticed.

What once was taboo and a “freak show” would now be looked at from a different lens. When bodybuilders are in the news, it’s very rare for it to be for a good reason. If a bunch of bodybuilders decided to follow through with my call to action, it could easily go viral that bodybuilders are helping bring a smile to the face of kids who don’t have much to smile about these days with the pandemic and their health condition/special needs.

So, here’s my call-out to bodybuilders… Jay Cutler, Brandon Curry, Kai Greene, Phil Heath, William Bonac, Akim Williams, Nick Walker, Hunter Labrada, Steve Kuclo, Cedric McMillan, Sergio Oliva, Jr., Flex Lewis, and Blessing Awodibu (if you’re not on this list, consider yourself on this list – just get active). I’d love to see all of you get involved in this.

Not only would it be a fulfilling thing to do from a personal standpoint by making a difference but think about all of the kids you will affect as well as how the media and public will look at bodybuilders and the sport of bodybuilding moving forward. This is a win-win for everyone involved. Think about it. But don’t think too long. Message or email me if you want my help with getting things going, and I’ll do what I can to help.