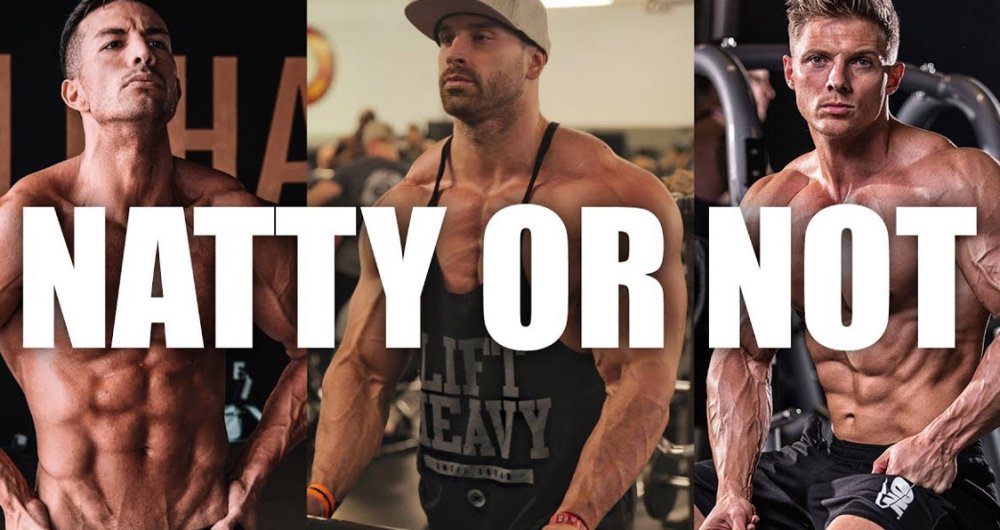 For as long as I’ve covered bodybuilding and physique based sports, I’ve always wondered why certain people limit themselves. What do I mean by that? Well, bodybuilding has always been a niche sport. Very few people in the mainstream follow it, let alone understand it. In the 90’s the sport saw some considerable growth, as it was featured on Fox and ESPN. The print media also gained some mainstream footholds on newsstands.

Countless people thumbed through the pages of magazines like FLEX, MuscleMag, Muscular Development and Iron Man. They probably didn’t buy the magazines, but they had a greater awareness of just how much hard work went into the look. Other inroads into the general population included Pumping Iron, Arnold’s many other films, and The Incredible Hulk.

Back in the Golden Era of Bodybuilding, you had many local guys (e.g. Dave Draper, Ric Drasin, Lou Ferrigno) working hard to get into show business. In the 80’s, both Arnold and Lee Haney served on White House health councils. All of these guys started from bodybuilding and wanted to crossover into other markets. Look at Kevin Levrone, who tried to break in movies and music. Look at Arnold, yet again, when he not only won the California Recall Election for governor, but won a regular re-election, as well.

What I’m getting at is that while bodybuilding may have been a small stage to take off from, all of these guys wanted to join bigger communities. Now we look at the whole concept of claiming natty. Bodybuilding as it is, is a cult sport, but zealous natties can actually pigeonhole themselves into a sub-category that’s so small, so unorganized, and so obscure, that they are going to great lengths to set themselves up for failure. Why? What is the point of that? Who are they helping, because it certainly isn’t themselves.

I think bodybuilding is awesome – whether “natural” or enhanced. What the hell is natural though? I mean, really? In my mind, being natty means you eat food, lift, and sleep. It can also mean taking in food-based, non-hormonal supplements. Others say natty includes everything that’s legal.

Back in the day, you had “natties” using (then) legal prohormones like Andro. I still remember the original Pinnacle Poppers that got Mark McGuire into so much hot water. There were countless big name natty bodybuilders taking gray market prohormones that were, basically, dirty steroids, while still claiming natty. Today, there are endless natural federations dictating what their interpretation of being drug-free is. The same goes for athletes and popular social media personalities. What’s natural one day, could be evil the next.

For many, identifying as natty, is a major pain in the ass, but yet they do it. They do it because they need the world to know they don’t take steroids. It’s almost like they want to shame those that do, while elevating themselves in the process. It’s often been said that the single, greatest compliment a truly natural athlete can hear, is being accused of being on gear. I could totally see that. And at the same time, I can also see where someone would want to abstain from using PEDs,but keep that on the downlow. Why? Because it’s a private matter.

Back in the day, no one would ever dream of walking up to a bodybuilder and asking them if they juiced. Not only wasn’t it asked, it was considered rude. The decision to use performance enhancing drugs is as private as the decision not to use them. That being said, a lot of guys today brag about their PED use and perhaps as a counter-balance to that, more and more guys have taken to broadcasting their drug-free status. Other guys, I’ve noticed, will loudly profess their natural way of life when they’ve reached natural plateaus and/or need an excuse to downplay their shortcomings in the gym or on the stage. In either situation, all they end up doing is alienating themselves.

If a guy comes off as preaching, then everyone who’s outside of that person’s ideal, will not only be left out, but chances are, they’re not going to want to hear it. Especially, if the person preaching the natty lifestyle is shunning the guys who take gear. I’ve seen instances where natties imply that those taking gear don’t work as hard; others have said that guys who juice never pushed themselves to their natural limits. Imagine being an athlete who uses PED’s and who loves the sport. They stumble across a natural athlete who lifts like them, eats like them, and they want to show support, but as soon as that athlete opens their mouth or types anything on their social media feeds, it’s nothing but negativity. Why would they want to support that? Why would they want to follow them?

Not all natties are obnoxious, though. Take a look at guys like Skip LaCour, Jeff Willett, or R.D. Caldwell Jr. All of these guys turned pro or were eligible to turn pro, naturally. In Skip’s case, I’m pretty sure he turned down the card, because he wanted to continue competing among tested athletes. That being said, all of these guys, as well as several others, all trained drug-free and built very impressive physiques. Everyone knew they were natural, but they didn’t shame those who weren’t. They didn’t say things like “their gains weren’t theirs,” implying that guys on the sauce only had gains because they used synthetic, exogenous hormones.

Also, the aforementioned guys, competed alongside enhanced guys. Sometimes they did well, sometimes they won, but when the placings weren’t what they had hoped for, they didn’t throw a tantrum and curse the guys who made the decision to take steroids. That’s the fundamental difference between a competitor who happens to be natural and a competitor whose calling card is being natty. Some might feel tempted to tell the loudest natties to simply go to a natural federation. There’s a seemingly endless lot of them. So why don’t more natties make the move?

It’s simple. The natty federations are poorly organized, the lineups are seldom deep, the seats are usually empty and the offers for sponsorships are scarce. Natural bodybuilding is very limited, especially when you get into some of the more authoritarian outfits. Some natty feds will ban you if you compete elsewhere. Others have Walls of Shame. Should you fail a drug test, they’ll publicly shame you. How silly is that?

One federation, that had a wall of shame back in the day, had a website that looked like it was built by a child, had cheesy music in the background and sure enough, there was a list of names. How any credible organization could do that and charge dues each year, with a straightface, is hilarious to me. Who would want to compete there? That being said, they had athletes and they had contests, but they paled in comparison to what we’re used to with the IFBB Pro League. There’s simply no comparison, but that speaks exactly to my point.

Bodybuilding is already small enough as it is, but to then want to compete within an even smaller community, that’s fractioned off into a dozen even smaller niches (some are tested, some are natural, some are 7 years natural, some do urine tests, others do blood exams) makes no sense. Some of the more whimsical natty federations even have polygraph tests. Could you imagine having to subject yourself to that? For what? So you can compete with a bunch of guys whose claim to fame is that they don’t use gear? This is bodybuilding. Give me a break!!

Aside from the fact the fact that claiming natty does you no favors in terms of getting sponsored and does plenty for you in terms of rubbing a lot of people the wrong way, it’s an open invitation to any number of social media personalities to disprove your status.

Some of the most popular troll channels are consumed with exposing fake natties. They will study you, your measurements, your contest shape vs your off-season. They will turn your feeds upside down, looking for any evidence that you’re a hack. In the case that you’re 100% natty but look too good to be natural, in their estimation, they’ll just out you as being a fraud without any evidence. Does that make them jerks? Absolutely, but that’s what their whole channels are about. No one ever said they were outstanding human beings; they’re just it in for the views. If a guy is a natty and keeps it to himself, then great, but he who preaches it, opens the door to the trolls.

All in all, being the posterboy for natural bodybuilding seems like more trouble than it’s worth. What’s your take? What are the benefits?