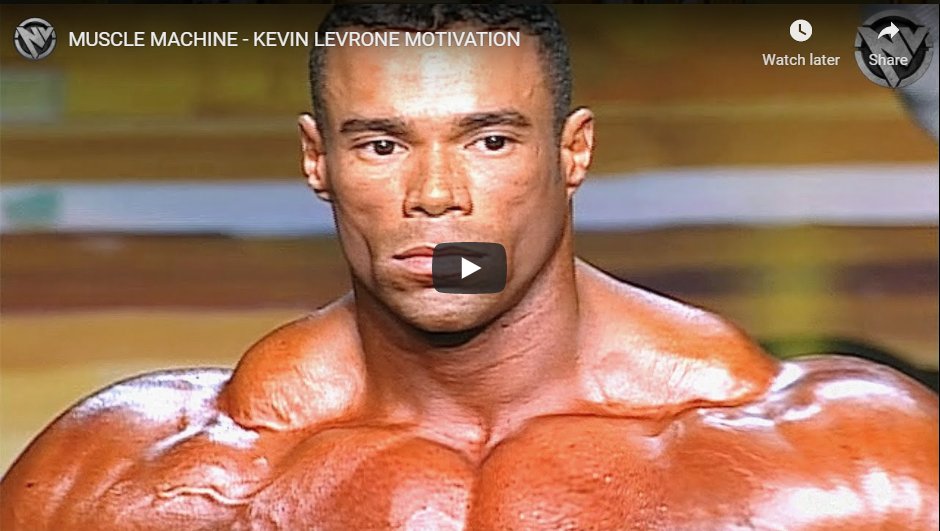 Legends know no eras. In an industry obsessed with glamour and glitz, where social media followers, likes, and clout can be purchased from any number of shady websites – bombarding users with unsolicited DM’s, it’s very easy for wannabes to get caught up in the lie. Never before have there been as many alleged superstars, as today. If we went strictly by IG numbers, it would seem the fitness industry has grown by leaps and bounds over the course of the last few years.

And while a case can certainly be made for that, many of the most boisterous social media stars are, at most, gregarious frauds, hoping no one one does a forensic study of who exactly comprises their so-called audiences. I, for one, have seen people with 100,000, 200,000, or more followers walk into a packed NPC seminar, with practically no one acknowledging them. You’d think if someone that popular walked into a packed room, full of dedicated fitness people, it would be utter pandemonium. People would mob them, wanting selfies, autographs, and just a chance to pick their brains – on anything – from fitness to politics to the price of rice in China.

The bottom line is, only a select few reach legend status, and Kevin Levrone is definitely a fitness celebrity that transcends many eras, crosses over into many different sports, and has a fanbase that has grown exponentially over the years. He’s the kind of champion who is one with the people. Even during those years when he was acting and songwriting, where he was largely out of the scene, his name was always fresh on the lips of bodybuilding fans. He will go down in history as one of the guys who had a legitimate shot against two giants, in Dorian Yates and Ronnie Coleman. Levrone made both guys work, he pushed both of them, and he’s considered by many, as someone who could have legitimately won the title. But why is it that The Maryland Muscle Machine is more popular, now, than ever before?

As I write this article, I’ve already seen no less than a dozen posts all over social media, announcing his appearance on Digital Muscle. Just take that in for a moment. Kevin and Shawn [Ray] were historic rivals, Shawn wasn’t exactly a supporter of Kevin’s comeback a few years ago, and the two have always been very competitive with one another, but now they’re doing a program together? That’s because both of these guys are legends and their love of the sport and the fans, trumps all. That’s the same with Shawn & Dexter, and others. If you truly love the sport and you truly love the fans, then you work tirelessly to grow the scene.

There’s a lot of people who pledge love and pledge support, but bodybuilding was simply just a chapter in their lives. Once many former athletes leave the sport, they’re gone for good. They move onto different careers, many are successful elsewhere, but diehard fans will always ask their whereabouts, wondering how they’re doing, and hoping they’re happy.

Bodybuilding fans are unlike any other type. Real fans truly care. I know fans who are lactose intolerant or have allergies, whereby they can’t take the supplements their heroes put out, but they still buy them. I don’t know if they give them away or simply keep them as collectibles, but if they can support the people they look up to, they will stop at nothing to do so.

The same way a great song or a great movie can keep someone from going over the edge, so too, has bodybuilding and guys like Kevin Levrone, maybe been the glue that keeps people together. You never know what someone is going through, but those that make it across, will often credit a legend for helping them get through whatever curveball life throws their way. I’ve interviewed countless people that have cited The Maryland Muscle Machine as being a major, driving force in their lives. That’s real – you can’t buy that influence – and when you have that type of fan, you treat them a certain kind of way.

I’ve seen Kevin with his fans. I am a Kevin Leverone fan, after all. There’s a way to treat people. There are people from so many different walks of life, different cultures, and varying social skills. It takes a great champion to make time for all the fans, to be patient when they ask the same questions, and to have a certain measure of interest in their lives as well. Take Instagram LIVE’s. There are many times when Kevin brings fans on, focusing on them. He could totally focus on his many wins, his many magazine covers, but instead, he wants to know about his supporters. He also dramatically grows their [real] followings and increases their credibility.

Take a person with 300 followers, maybe a couple dozen posts, and maybe a couple contests under their belt. For the most part, no one knows them, no one really cares about them, either. I know, I know, that sounds harsh, but there are few industries harsher than ours. The fitness industry is by far one of the hardest places to get noticed and earn respect. So by Kevin bringing up a newbie, unknown fan on for 5, 10, or 15 minutes, that makes this person someone in the eyes of many. They were always someone, but now they’re someone in the industry. He doesn’t have to do it, maybe the person won’t buy any supplements, even worse, maybe the person isn’t even a real fan. But guess what? That doesn’t matter. Real legends think way bigger pictures than that. They don’t wake up in the morning thinking about how to chase the almighty dollar. Now, of course, they want to prosper and grow, but they’re all about the big picture.

The big picture is you try to be as real as possible. You try to really practice what you preach. Levrone is a guy who always chased his dreams, he wasn’t about smoke and his resume is full of accomplishments, not mere talk. When he said he’d make a comeback in Pittsburgh, he did everything in his power to make that a reality. No one cares where he placed – I certainly don’t. The point is, he gave his word and he never broke it. That’s old school. Even when he was practically doubling over in pain, he wouldn’t give up. And he certainly wasn’t suffering with a smile. It was real. Realness is what creates legends. He didn’t need bells and whistles, he didn’t need a camera crew following him around, and even when his peers were speaking defeatist dialogues, he carried on. I even remember Kevin avoiding certain people; you do that because you want to stay as focused as possible. That’s called tunnel vision; that’s that big picture outlook, again. Out of all his wins, I think his comeback, maybe outshined them all. Bodybuilding fans love the story of an underdog, nothing gets them more motivated than that.

Moreover, one of the most viewed kinds of videos in the industry, are motivation videos. Those who create them, put all sorts of different music and special effects on them, but that’s not what gets millions of views. It’s always clips of Levrone, Ray, Wheeler, Cutler and others training, eating, & posing. The fans love to see their heroes on stage, receiving top honors, and getting swarmed by the press, but it’s the fight they endure, the trials and tribulations – that’s what truly motivates people.

Nowadays, fitness stars have missed that. They only show themselves living large, enjoying success, and seldom, if ever, cutting their teeth, taking a tough placing, or processing life issues. Today’s most popular stars are too busy portraying a lifestyle that may not even be their own. People just don’t relate to them and it’s for this reason, among others, that we see guys from the 80’s, 90’s, and 2000’s increasing their reach, speaking directly to their fans, and growing bodybuilding.

Kevin Levrone has reached icon status. Who knows where he’ll go from here. What’s your take on this living legend?