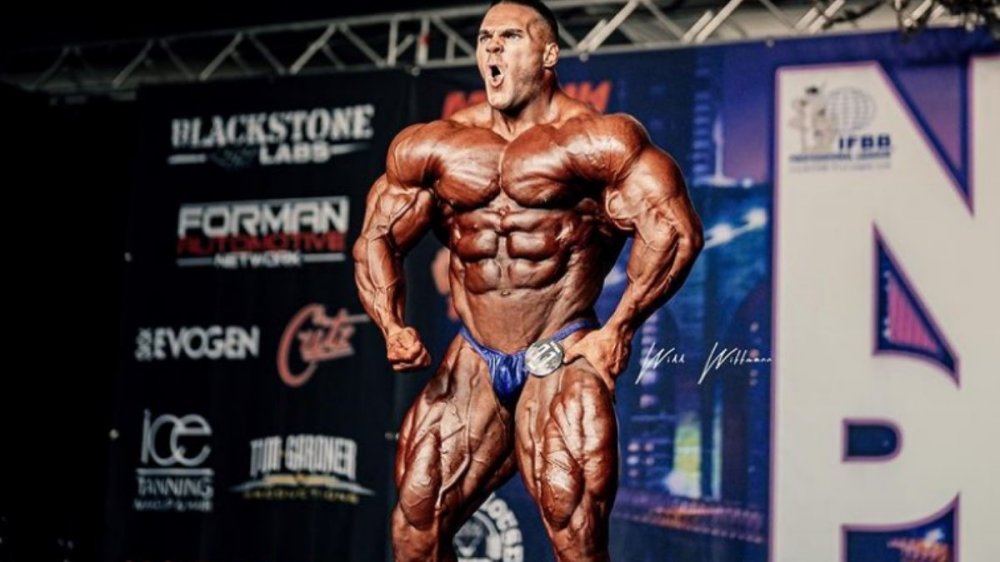 IFBB Pro Nick Walker may be young and may be a new pro, but don’t let either of those factors shape your opinion of him. In a very short amount of time, we’ve seen the North American champion show the world how to be a consummate professional. At first, like most stars, Nick saw himself involved in a major feud. Whenever someone is hot in the fitness industry, there are elements of the media that will look for various ways to create content on or around them; some call this groundbreaking journalism, but in reality, it’s nothing but smoke.

When you stop to think about it, bodybuilding is an exciting sport in terms of the science of nutrition, supplementation, and training. There’s also the artistic value in posing and the ambassadorial qualities that come with the territory. Beyond that, there really isn’t much that’s credible and newsworthy; however, some media outlets feel the need to make trouble where there isn’t any. Many supplement companies also like to engage in this sort of willful pettiness. I hate to say it, but there’s also some athletes who will engage in it, as well.

What I’m getting at, is if you have a rising star, a nice person, who iis liked by most, there’s a temptation to strike first blood. In the case of Nick Walker, a fellow pro Blessing Awodibu started taking shots. With that, certain media outlets raced to the drama to get all the news they could out of it. It would have sufficed to put out one article or one video, but these outlets created months worth!! I’m sure supplement companies also got involved, trying to capitalize off the beef. In the end, all the talk and all the bad blood didn’t materialize. Nick’s title was never in question, at least not by Blessing, but it’s what Nick did in victory that truly amazed me as a journalist – and – should amaze you as a fan.

When I say Nick Walker had big wins, I’m referring to victories on – and off – the stage!! As I discussed in last week’s article on Nathan Epler, Nick Walker’s win at the NY Pro is equally as huge. Both of these are rookies. The NY Pro was Epler’s second pro show and may have been Walker’s second, as well. If it wasn’t his second, maybe his third. The point is, rookies don’t just go and win the 3rd most prestigious title in bodybuilding.

At this point, Nick could easily shut down the contest season, focusing entirely on resting, regrouping, and focusing on the 2021 Mr. Olympia in Orlando, FL. With the Arnold Classic now set to in stone, with an actual date, and back in Columbus, OH, there’s the chance he could compete again, but the smart money is on him prepping for the O. In either event, whichever contest he enters, he’s going into it as the NY Pro champion and while hype doesn’t win bodybuilding contests, it certainly creates a huge amount of buzz. That buzz translates into ticket sales for promoters, product sales for sponsors, content for the media and without a doubt, a certain type of intimidation factor against the competition. Athletes may not care – on paper or in interviews – but when you’re facing a NY Pro, Arnold, or Olympia champion, that raises the stakes. I don’t know how much bravado or how tough a competitor’s gameface may be – they care, they definitely care. Therefore, Nick’s win at the NY Pro, is a major victory he earned and it was well-deserved.

Another major victory is what Walker did, once he won. He could easily have used the opportunity to humiliate Blessing. He could have held the title over his head, he could have poked fun at his camp (his coach, sponsor, and anyone who backed his play). If Nick had been a really toxic person and really wanted to capitalize on the negativity, he could have lashed out at Kai Greene or other big fish who showed Blessing support. Again, Kai did nothing wrong, and you can’t fault people/companies for supporting someone they care about, but if Nick had wanted to, and he wasn’t the good person that he is, he could have easily expanded the strife, made many more enemies, and sent certain media outlets into a virtual feeding frenzy.

What Nick did, however, was use the hype his victory gave him, to extend an olive branch, he complimented Blessing’s physique, and he even said that, in time, Blessing would be a great bodybuilder. He didn’t say a good bodybuilder – he said, a great bodybuilder. Further, he pointed out that Blessing and him didn’t live all that far away from each other, and he took the opportunity to suggest they train together and/or create some content – some POSITIVE content. That’s so big leagues and truly shows what a great sport Nick Walker is.

Also, when we think of being a good sport, we often think about how someone acts in defeat; however, it’s nice to talk about how someone acts in victory, as well. To be honest, I don’t know that Blessing would have been this gracious and/or this humble had he won, but it really doesn’t matter. I think Blessing’s a good guy, but I think he probably feels greatly overlooked. That’s both his fault and the industry’s. Whether he created his whimsical offstage persona or it simply evolved over time, through marketing room decisions, he rose to the top as an entertainer. Anywhere he went, he got mobbed, but his fanfare was over his theatrics and his acting, not his physique or his contest record. When it comes to his feud with Walker, Blessing had everything to gain and nothing to lose. That being said, he wasn’t in Nick’s league (yet) and real journalists and seasoned bodybuilding fans quickly pointed this out. I believe Blessing wanted to be looked at as being a real contender for the title, and when he wasn’t, that may have added fuel to the fire. Perhaps Awodibu needed the feud with Walker to keep his head in the game, perhaps being overlooked gave him the inspiration to prove everyone wrong, but the fact is, Nick Walker disarmed Blessing, as well as all the swill merchants of the iron paparazzi by being gracious and humble, and this too, is a huge victory.

There was a time in bodybuilding when champions were assholes. They were pompous and loud; they lashed out at critics, blocked people, and essentially bullied their fellow competitors through their successes on stage, with big contracts, and their various media appearances. Today, we have a Mr. Olympia who hugged his predecessor upon winning, we can still remember William Bonac calling on his fans to accept Brandon Curry as the 2019 Arnold Classic winner, and we saw amazing sportsmanship in guys like Nathan Epler, who took a razor thin 2nd to Tonio Burton, but who were among the first to celebrate the champ’s win and show their support. The way Nick addressed Blessing, post-show, should be an example to us all, on how to be great men and women.