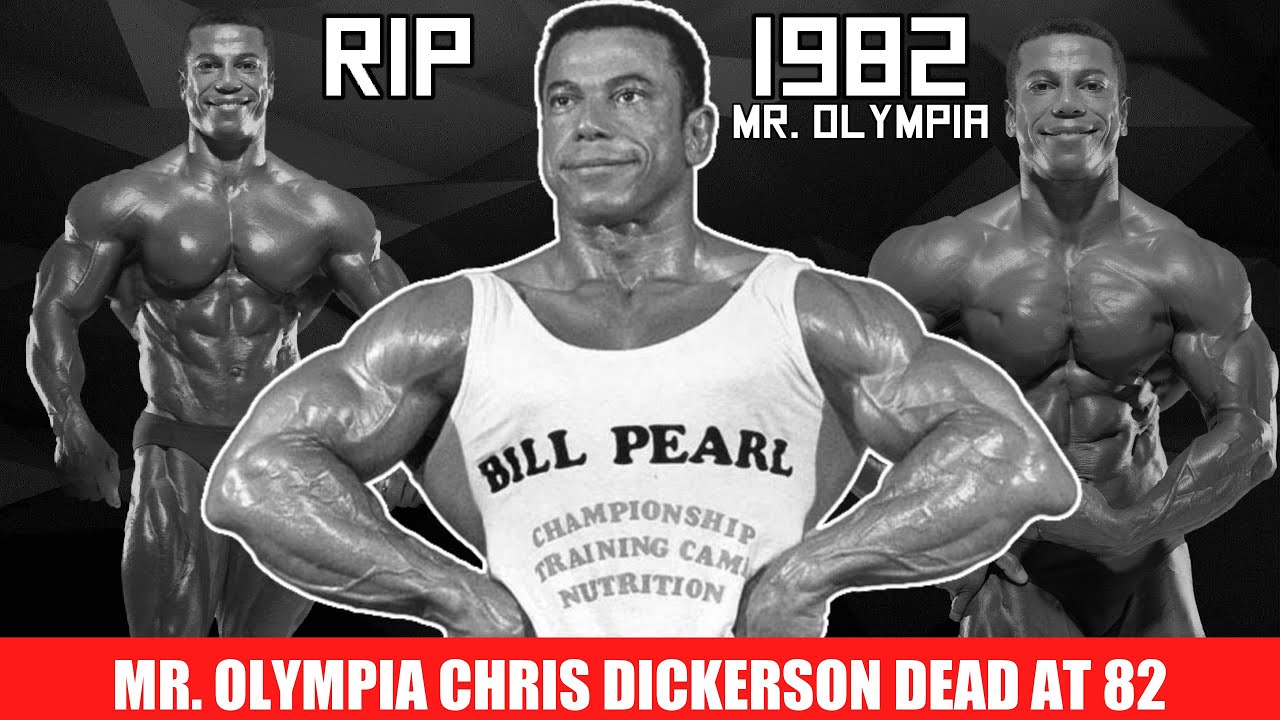 We often hear about The Golden Era of Bodybuilding, that period of time when the sport was really put on the map, with glowing nostalgia. It was a time when fans bought up all the magazines, including ones in languages they couldn’t understand. It was a time when the mystery for what went on in Muscle Beach couldn’t have been higher. It was the Mecca of Bodybuilding, a rock’s throw from Hollywood, with the greatest champions walking around and feeling totally at home.

You could see Arnold, Franco, or Zane, chowing down at The Germans, pumping iron at Gold’s, or laying out on the beach, soaking in the rays. There was no internet, there was no social media. To say life was a heck of a lot simpler in those days, would be an understatement. While they lacked much of the technology that we have today, they also had a lot more time to set out their goals, work toward them, and continue along that path. Today, there’s just so much going on that it’s easier for people to get distracted and ultimately never work towards realizing their goals. One thing I can tell you about Chris Dickerson, is that the guy was driven. He was focused and absolutely relentless in his pursuit of success. He was also true to the fans, an absolute gentleman on and off the stage.

Dickerson had a long and rewarding career in bodybuilding. He started competing in 1965, during the years of the great Larry Scott’s reing. He went from a local show in Long Beach to the biggest stages in the world. By 1973,he achieved professional status and began tearing it up on both AAU and IFBB stages. By 1979, he had started working with Mr. Universe Bill Pearl and was 100% focused on winning the IFBB Mr. Olympia. I would say by this point, it was widely known that the Olympia was the undisputed most prestigious title in the sport. After Sergio, Arnold, and Zane, everyone wanted the title these larger-than-life superstars had won. This most definitely included Chris Dickerson.

Chris was more than an elite-level bodybuilder; he had the wherewithal of a champion. At the time when Dickerson was riding high, the sport was living through a number of transitions. Zane’s run seemed unstoppable. The Chemist was the top dog, holding off fierce competition from guys like The Black Prince Robbie Robinson, Mike Mentzer, Tom Platz and by the late 70’s, Chris Dickerson! That said, when Zane got injured and more and more people started speculating as to whether Arnold would compete, it started having an undeniable effect on the climate on the sport.

All of a sudden, it’s like the interest changed. The press started to wonder if Arnold had been off the stage long enough, while Zane improved year after year while on top, if the result of a showdown would be different in 1980 than it would have been four or five years prior. Also, along those same lines, the fascination with up and coming challengers to Zane’s crown, also found themselves being outshined by The Oak. If this affected top challengers like Mentzer and Robinson, you can only imagine what it did to guys like Dickerson.

When it became clear Arnold was in, Zane was off, and the dust settled, Chris Dickerson would end up taking 2nd to Schwarzenegger at the 1980 Mr. Olympia. What’s crazy, though, and maybe more than crazy, maybe outrageous is a better word, is what the champ looked like. This was by no means the best Arnold the fans and judges had seen. Unlike his competition, Arnold didn’t embark on a serious prep. He was simply butthurt over some statements made by Frank Zane at the ‘79 Olympia and wanted to serve dish out a little payback. He was already getting ready to do a movie, so he just tightened up the program for 8 weeks and that was it. He won his seventh title, with Franco in his corner, and set off a major scandal in the sport by doing so.

No one likes injustice less than me. The top dogs and the up-and-comers of the late 70’s had paid their dues. They lived with Zane on top for three years and they wanted their moment in the spotlight. When Arnold threw his hat into the ring, he’d been retired for so long that no one expected him to return. What could he possibly have wanted to prove? He had six Olympias, Pumping Iron, and had started landing key roles in major motion pictures. When it came to the sport, he had earned legend status, but all it took was a joke from Zane, about some show he’d beaten Arnold at a million years ago – and it was on!

The thing is, guys like Boyer Coe, Mike Mentzer, and Frank Zane, saw Arnold as an interloper, a Johnny come lately, looking to cash in on a sport they grew without him. No one, truly, would’ve had a more obvious reason to be angry, than Chris Dickerson. Public outcry grew by leaps and bounds when it became obvious that Franco would be following in Arnold’s footsteps the following year, as if one one injustice weren’t enough. The two would trade places, with Franco competing, and Arnold in his corner. Coe, Zane, and Mentzer boycotted the ‘81 Olympia but one man who did not was Chris Dickerson. Even though the bow-legged Sardinian was literally falling apart after a taxing run in strength sports, he still beat Dickerson on the scorecards. Meanwhile, Dickerson earned his second consecutive runner-up. Did he whine, did he raise spurious accusations against the judges? No. He totally could have, but was that going to change the outcome? Was that going to benefit the sport?

Unlike other champions, Dickerson never risked embarrassing the sport just to be heard. Anyone with a half brain saw the ‘80 and (especially) the 81 Olympias for what they were – shams! Dickerson, however, was grateful for the exposure and for knowing that in the hearts and minds of fans, he was the de facto champion two years running.

1982 was redemption! Arnold was gone. Franco was gone. The Boys were back in town – Coe, Zane, with other top guys like Viator, Platz, and many more. This was the year where the sport could go back to Zane, maybe to (then) perennial runner-up Dickerson, or maybe, just maybe, someone totally new. When Chris emerged victorious, it really could have been the beginning of a new era; however, being the oldest man ever to win the title (at 43), may have been enough for the champ. After winning the Sandow, he retired. And in 1983, came the last Mr. Olympia of The Golden Era, The Lion Of Lebanon, Samir Bannout. With the new champion being crowned, holding off, among others Lee Haney, it signaled a very significant change for the sport. When Dickerson decided to return in 1984, he took an extremely disappointing 11th place.

Dickerson would largely pull back from the sport. In 1990, he’d compete at the 2nd ever Arnold Classic, by then already the second most prestigious contest in the pro ranks. He would take 8th. He would reappear at the 1994 Masters Olympia, taking 4th place. Beyond that, Dickerson would stop competing. Also in 1994, he was formally inducted into the Bodybuilding Hall of Fame.

Interestingly, when Mr. Universe Bob Paris was out making headlines when he bravely came out, Dickerson had actually beaten him to the punch. Like Paris, Chris was also an openly gay man, but the difference between the two, was more so in what part their sexual preference played insofar as their public personas. I would say that they were both out and proud, but I’d say Paris was more of an activist, whereas Dickerson was more of a private person. Both men played key roles, in their own very important ways, to improving conditions for members of the LGBTQ community, especially at a time when the laws of the land offered little, to no, protection. Discrimination ran rampant.

Although Dickerson stopped competing in 1994, his legacy lived on. While many would have simply quit for good in 1984, it’s great that Chris competed two more times. Once you’re Mr. Olympia, you have nothing to prove. Competing, then, is all out of love of the sport – nothing more, nothing less! I think competing at the ‘90 Arnold, as well as the ‘94 Masters O, gave him direct relevance in an additional generation or two, than if he’d stopped altogether in ‘84.

Years later, another perennial runner-up, 4x Mr. Olympia Jay Cutler, would cite Dickerson as his biggest bodybuilding inspiration. For years, the New England great has consistently reiterated the very important role Chris Dickerson played in his wanting to build the greatest bodybuilding physique in the world.

We were all deeply saddened by the news that Chris Dickerson had passed. Many of us found out the morning of Christmas Eve and it simply broke our hearts. Although he lived a long, prosperous life, well into his early 80’s, he will be greatly missed and always remembered by fans and friends of the sport of bodybuilding.