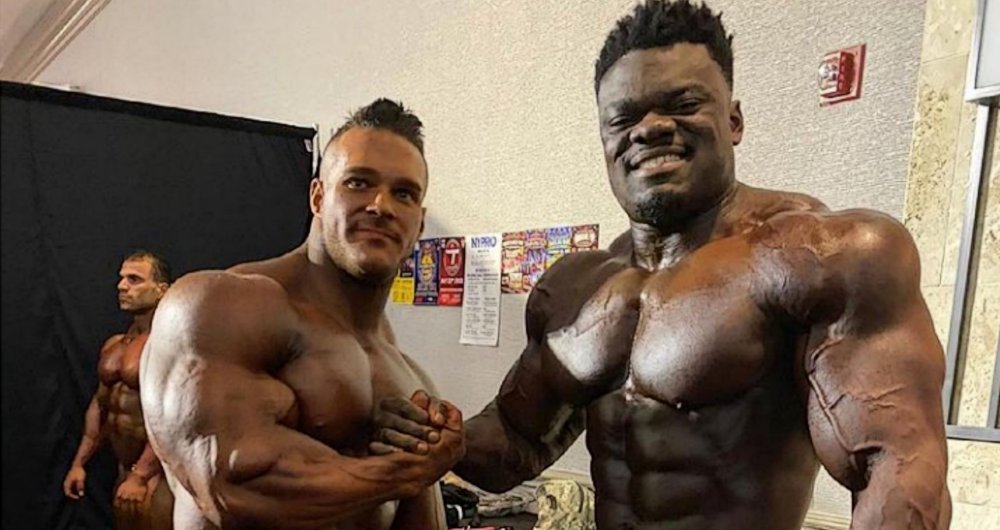 2020 North American champion Nick “The Mutant” Walker has been ruffling feathers since he earned his IFBB Pro League pro card. As he prepares for his Arnold and his Olympia debuts, at just 27 years of age, he’s talking like a guy with razor sharp focus. He knows he’s good and so far, no one who has stepped up to him, has been able to back up the talk. Who can forget his rivalry with Redcon’s Blessing Awodibu.

That went viral, it was a feeding frenzy for all the media outlets, and the fans couldn’t get enough. As the talk heated up, so too did the production value. While it was never more than a couple of loud rookies set on a collision course, the fanfare was explosive. When the dust settled, Walker buried Awodibu, and Nick also took the higher road, offering his bested adversary an olive branch. Later, it appeared as if 2x Arnold champion William “The Conqueror” Bonac would be his next rival, but luckily that was just a simple misunderstanding. Walker played that correctly as well.

He later made news with the awkward news leak where Sergio Oliva Jr. was rumored to be pulling out of Chicago. All in all, Nick has been very visible and very outspoken when it comes to the social scene, the competitive stage, and now, the two biggest shows in bodybuilding.

The Mutant has won some big shows, but nothing on the level of what he’ll see in Columbus or Orlando. While a typical NY Pro would be very close, if not parallel, to the depth in lineup of an Arnold Classic, the 2021 was not that. That being said, he is a NY Pro champion, he is sponsored by the company owned by his coach, and he has amassed considerable media fanfare and media support. There’s a lot on the line and how he does at the Olympia will have a huge impact on his future. I agree, wholeheartedly, with Trigili. There’s no way Walker is 1) going into his first Olympia without a care in the world, and 2) win the Olympia on his first-ever try.

Every bodybuilder who competes, from Level 1 local shows to regional shows to national pro-qualifiers, they all want to go pro. Once pro, the next goal is to qualify for the Olympia, and get on that stage.

Self-confidence in bodybuilding is as important as hard work. You need to believe in yourself because if you don’t, you’ve lost even before starting your prep. I say this as someone who’s been involved in the media side of the sport for well over a decade. I’ve seen guys with amazing physiques and fantastic posing skills, just lack that boldness that’s necessary to win. Just look at Jay Cutler at the 2001 Mr. Olympia. Jay had Ronnie beat on physique, beat on posing, but he just lacked the confidence to take the stage like the winner. Maybe it’s because he was starstruck by Coleman, maybe the rush of being in the Top 2 got to him, but whatever the case was, it was his Olympia to lose. Nick Walker, on the other hand, sounds like he’s got a fire under him; he seems like he’s hungry like a wolf, but maybe it’s just talk.

Nick Trigili is right. If you’re going to say bold things – look at the camera while you say it. Don’t be bold-light – go all out. Look at the camera, speak up, and don’t apologize for being self-confident. Guys who are humble may get more pats on the back, but handicappers won’t pick them for Top 5, Top 3, or much less to win. Humility is a great thing to have – once you’ve won – but if you’re a contender, you don’t pull back or tone it down for anyone. It’s win, win, win, 24/7.

Can Nick Walker win the Olympia? Well, there’s a few things to say on that. There’s plenty of variables and one of the biggest ones is, the sport is in a state of transition. We have multiple Mr. Olympias who are either actively competing – or – could be back on stage.

2018 Mr. Olympia Shawn Rhoden is most likely not doing the Olympia, but he could do it in 2022. He’s in incredible shape, his body has surely benefitted from being away from the stage, and it’s very possible that when he returns, he’ll amass another couple of Sandows. 2019 Mr. Olympia Brandon Curry has made leaps and bounds with his physique, from his improvements for the 2020 Olympia, to the great work he’s done bringing up his legs in 2021. Big Ramy, who nailed it in 2020, will be hard-pressed to replicate and improve that look and condition in his first title defense. Other notables like 2x Arnold Classic Champion William “The Conqueror” Bonac and 2018 Olympia People’s Champion Roelly “The Beast” Winklaar will also be gunning for the biggest title in bodybuilding. And of course, there’s always the possibility of 7x 212 Mr. Olympia James “Flex” Lewis throwing his hat into the ring. Moreover, there’s silent threats who could also appear, guys like Lionel Beyeke, Nathan DeAsha, and the ever-impressive Hunter Labrada. There’s Iain Valliere, Antoine Valliant, and Steve Kuclo. I could sit here all day and rattle off big names. When you’re Mr. Olympia, you have to best all of these big names – or at least – be ready to battle and defeat them. I just don’t know that 27 year old Walker could handily beat any of these guys. With all due respect, it’s one thing to beat a fellow rookie at a big show, but it quite another to hit the stage at the most important contest in the sport and walk way with the win.

Also, while I applaud Walker’s ambition, I also agree with Trigili. RAW is behind Walker because of what he can do for the company. The more he places well and wins, the better; however, if the 2021 Olympia is a complete bust for Walker, then what’s that going to do when it comes to his contract, bonuses, and even his very future with his sponsors? If it were me, I’d be ambitious and bold, I’d predict a Top 6 finish, which is pretty gutsy as it is, but to say he’ll win, that seems like utter lunacy to me.

What do you think? Can 27 year old Nick Walker win the 2021 Mr. Olympia? Can The Mutant make history, winning the biggest contest in bodybuilding on his first-ever attempt? Nick Trigili says no, I agree, but do you?

Also for as much as I like Nick, I don’t even know if I’m comfortable putting him in the Top 6. Maybe my opinion will change, but this far out, to say he’d be in that group, if all the guys I mentioned coming in at 100%, would be a fanboy move.