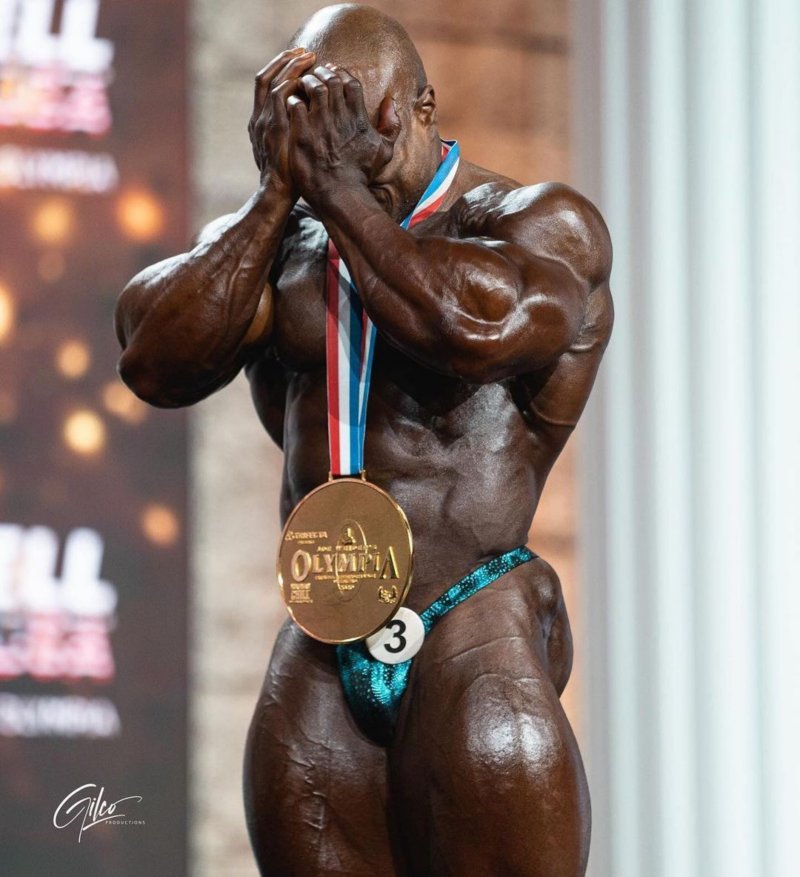 212 Mr. Olympia Shaun Clarida has gone above and beyond what most people thought could be done in terms of growing the division he competes in. I say, most people, because I knew all along what he was capable of. After all, he has great predecessors in James “Flex” Lewis and Kamal Elgargni. Although it may seem hard to believe, Shaun is the title’s first American recipient, and he’s been able to do quite a bit to grow the division stateside.

Lewis, a native of Wales, was able to push The 212 throughout throughout the world, creating a level of fanfare that ran parallel to that of 7x Mr. Olympia Phil Heath during his run at the Open. Kamal, also a native of the UK, represents Libya, his homeland, as well. When’s the last time Africa has had a competitor, at that level, in physique-based sports? It’s been awhile, at least since the days of Gary Strydom, but he never won an Olympia. Shaun, too, has taken the torch and ran with it, appearing on a multitude of industry tv shows, podcasts, and LIVE formats. He’s also pounded the pavement doing in-store appearances, gym meet-and-greets, and crossed over into the mainstream media as well. Clarida is a low key, hard working, and very likeable champion. If more athletes took a page from his playbook, the sport would grow by leaps and bounds. But it hasn’t all been laughs and high-fives. Believe it or not, even on top, there’s still adversity and there’s still challenges that could easily become obstacles. Shaun is a fighter – always has been – always will be.

You’d think a 212 Mr. Olympia could essentially have anything he wanted, right? Well, for the purists out there, just waiting to say “he’s not a 212 Mr. Olympia, he’s the 212 Olympia Showdown Champion…,” I say this. I used to be a geek that saw the distinction, but just because the Olympia, itself, isn’t broken down by weight class, the status quo of two bodybuilding divisions is a bit bizarre. For all intents and purposes, the winner of the Showdown, at least in terms of public opinion, is the 212 Mr. Olympia. Just like when it comes to public opinion “ with Classic Physique”; to the majority of fans, it’s really Classic Bodybuilding. Let’s get real, here, folks!! Anyways, you’d think that a 212 Mr. Olympia could basically have anything he so desired, but such is not the case.

Almost immediately upon winning his crown, Shuan found himself parting ways with his former sponsor, Nutrabio. From the start, I had issues with the company’s use of him. While they did show him love by signing him and they did promote him well, they missed the bus when it came to pushing him hard when he won the biggest title in bodybuilding. Sure, they featured him on his own tub of protein and they made a few posters, but it was 2020 not 2000. In an age dominated by social media, you need to push harder than ever to be all up in people’s faces. In many ways, social media publicity campaigns need to have blitzkrieg qualities. You must strike first, harder than anyone, faster than anyone, and you must be relentless. You have to overload the senses. Whether you’re on Facebook, Instagram, Youtube or Tiktok, you have to see that campaign. When you open your email, you should see banners along the sides, popups, and more. The company’s front page should almost look like a shrine to the champ. Sadly, they were equally focused on a number of other sports, thus diluting the reach they could have had, had they focused on Shaun and Shaun alone. But imagine that, winning the biggest title in your sport, and now having to figure out who’s going to sponsor you?

Nonetheless, Shaun kept going. The fact he was without a sponsor didn’t stop him. In time, he inked with a company that was better suited for him, anyways, but the point is, he simply kept going. Others might have slowed down the number of appearances or hunkered until they could find another sponsor. Instead, Shaun did two things. He openly sought other companies, by testing their supplements, in a non-rushed way and he pressed on with his obligations. The former is significant because many others might have signed with another company, prematurely. This might have been the product of the rebound effect, pride, or simply the need for money. Clarida took his time and made sure to find a company that he believed in and that truly believed in him. That’s the correct way to handle business and it’s setting an excellent example for his fellow athletes and fans.

In a very real way, the 212 Mr. Olympia is a role model, both for his peers and his supporters. Bodybuilding has always transcended the muscle. Just like the bands and artists that we love, are so much more than notes and lyrics that comprise their songs. Bodybuilding is also about the champions, their trials and tribulations, their tips for success, and their approaches to dealing with the pitfalls of life.

Shaun Clarida was perhaps one of the most overlooked and underrated bodybuilders of his day. He was written off because of his height, his weight, and quite frankly, because of how low key he was and is. In the age of social media, the press loves loud and boisterous competitors, they feast on feuds, and they live for putting out clickbait and fake news. Listen, don’t kill the messenger, I’m just stating unequivocal facts here. When you have a soft-spoken, humble, and determined champion, chances are, his phone won’t be ringing much. And while many will, ultimately, play ball, others will stick to their guns and keep doing what needs to be done to reach their goals – their way!

The key to growing bodybuilding is doing exactly what Clarida is doing. The 212 is a fantastic division that draws the very best physiques in the world. The guys are a tight-knit crew, with no drama, and plenty of camaraderie. As a fan, you simply couldn’t ask for more. In time, I hope to see 212 Bodybuilding back at the Arnold Classic, I’d like to see the prize money increased far more (as it is a bodybuilding division) throughout the Pro circuit, and I’d like to see a 212 Hall of Fame. I think all of these things are coming. For now, though, I wanted to write this article to really recognize the efforts of a great champion, 212 Mr. Olympia Shaun “Giant Killer” Clarida!!