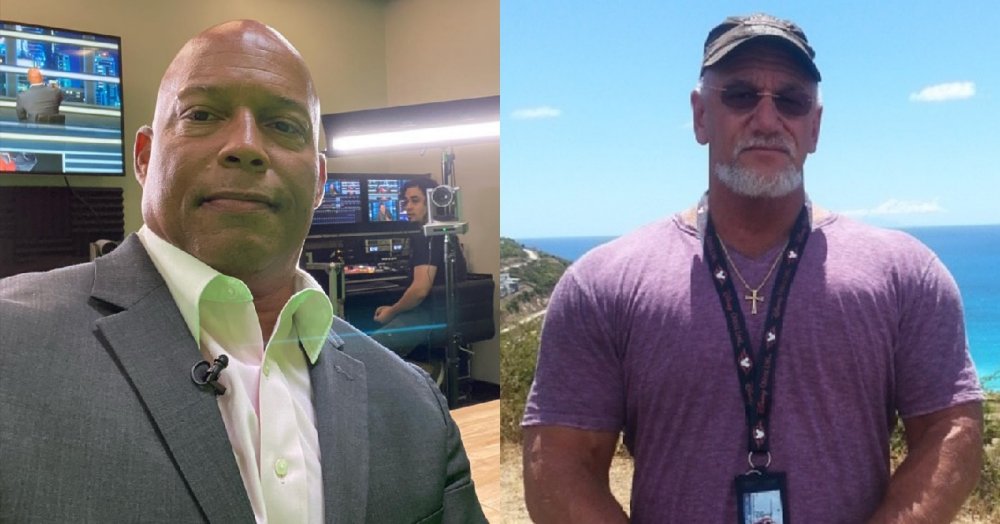 The detractors rallied their forces, they berated “Sugar” Shawn Ray throughout social media, so much so that it started to become as if the entire industry wanted Shawn’s head on a silver platter. I’m not saying I approve of what the IFBB Hall of Famer said on that bizarre RXMuscle interview, just a day after the passing of Mr. Olympia Shawn “Flexatron” Rhoden, but I think it’s safe to say that Palumbo had a huge deal of responsibility in that whole fiasco.

Interestingly, many of Ray’s fiercest critics not only gave Dave a pass, but they appeared on his programs. Some might say that’s a bit hypocritical, but I’m not here to pass judgment on anyone. The fact is, when the pressure against Ray seemed to hit an all time high, many of these outspoken figures turned their sizable audiences on the people who sign SSR’s checks. They wanted him gone from the Olympia and perhaps, in their estimation, they figured if they put enough pressure on Olympia COO Dan Solomon or owner, Jake Wood, that they would manage to cancel Shawn Ray.

Others pointed to the Arnold Classic’s decision to bring Fouad Abiad to their coverage team, as something that Wings of Strength could do as well. Perhaps calls replacing Ray with Abiad would send a strong message to one of the most outspoken voices in the sport of bodybuilding. What that message was, probably amounted to him quieting down when it came to controversial perspectives. But as Dan Solomon said on his interview with legendary 4x Mr. Olympia, there are a lot of things that Shawn says that he doesn’t agree with, but firing Ray was never on the table. For as much as his critics wanted to put the hall of famer on the defensive, they always came up short.

At a time when guys like Jerry Ward get thrown into Youtube jail for discussing articles published on Google (which ironically owns YouTube) and when any mention of certain illnesses and treatments for said illnesses can see you banned on the most popular social media outlets, it’s interesting that anyone would be calling for someone’s voice to be silenced, from WITHIN our industry. Is that hypocritical? Well, that all depends on you. You may say yes – or – you may say no. The fact is, the passing of Flexatron hit all of us quite hard. Whether you called him your best friend, a friend, or you looked up to him, it came out of nowhere. For a couple of years he was denied the ability to compete at the Olympia, he lost many sponsors, and the vast majority of people in the industry turned their backs on him. I can say, I never did. I was always a fan and I always vocally supported both his relevance in bodybuilding and my belief he was innocent, but I was in the minority. That being said, most people wanted nothing to do with him, so when news of his passing made the rounds, and was then confirmed, many people looked back and must have realized how sad his last years must have been. He never got to clear his name, he never got to get back on stage. In a very real way, Shawn died with a broken heart. And for many of the people who turned their backs on him, raising hell over the RXMuscle interview, maybe, was part of their way of getting some closure. In a weird way, maybe calling for the end of Shawn Ray, cleared their consciences up a bit. Who really knows, though?

The mainstream media was classy. They didn’t run sensational titles or disrespect Flexatron or his legacy. Naturally, when fans got a hold of the RXMuscle interview, from the insensitivity of its timing, to the bold accusations, and below-the-belt insinuations, they became irate. RX could have calmed things down by deleting the video immediately and taking accountability; instead, they stoked the flames, milking the discontent all the way to the bank. Further, many of Ray’s fiercest critics, turned a blind eye to Palumbo and his antics. No one called for RX to be canceled, no one contacted their sponsors urging them to drop the page. Why is that?

Well, as Jay Cutler himself stated in his interview with Solomon, Shawn Ray is generally disliked in the industry. Do I agree with Cutler? No, I actually don’t. I like Jay, but I disagree with his assessment. Shawn Ray gets mobbed by fans at the biggest expos in the world. Whether it’s China, India, or various countries in Europe, “Sugar” Shawn Ray commands amazing support. He does, of course, have very vocal critics. Some of these critics have been victims of his rhetoric and/or aggressive critiques. Does Ray ever go too far? All the time! Many people can’t forgive him for the Dallas McCarver coverage and now many will hold his interview at RX over his head for decades to come. It was a bad interview that should never have happened, but it didn’t cost him his job. And why do you guys suppose he was even asked to do it? Palumbo could have asked anyone. He asked Shawn Ray because Shawn is controversial and tends to get people very angry. Still, Ray’s fiercest critics give the RX host and owner, a complete pass.

Although I don’t condone the statements made by Shawn, I support his right to express himself. After all, isn’t that what America is all about? What’s the point of having free speech, if the public tries to silence less popular opinions? Could you imagine if the government started censoring certain types of speech? Hard to believe, huh?.. Moreover, I have to say I’m very impressed with Jake Wood. I know Dan Solomon, I know how much character he has, and I’m not in the least bit surprised that he didn’t shy away from the interview with Jay. I’m also not surprised that even when Jay pressed him, Dan still wouldn’t support canceling the IFBB Hall Of Famer, not in part, not at all.

On the other hand, I don’t know Jake Wood, and I wasn’t exactly sure how he would deal with the situation. I do remember when Dexter Jackson was calling for Shawn Ray’s head and when he suggested he wouldn’t compete if Shawn was part of the event. Shawn didn’t go anywhere and Dexter competed. It’s akin to Ray’s showdown with Palumbo at the Arnold Classic some years ago. Ray wasn’t fired from MD, Arnold never banned him, and Ray got the last laugh because he’s not the one asking Palumbo to come on Digital Muscle, Monday Night Muscle, or any Olympia commentaries. It’s Dave who trips over himself to have the 1990 Arnold Classic Champion join him at RXMuscle. Think about it.

Shawn Ray is a living legend and his detractors hate the fact that 20yrs after retiring from the stage, he still commands influence and earns more revenue than they do. Just recently, he inked a deal with Mutant Nutrition, the company that put Rich Piana on the map. They could sign anyone they want, but they chose Shawn. Why is that? Why is it that Ray is such an important part of the biggest show in bodybuilding? Why is it that Chris Aceto and the RX lackeys tried to suggest that Ray’s Hawaii show had a lousy turnout, when in reality it exceeded all expectations. Are the people who called for Shawn’s firing, solely, angry over his statement pertaining to Rhoden – or – was that just an excuse to have their ultimate way, getting rid of Shawn Ray? I have to say, I believe it’s more the latter than the former.

I think when you’ve reached the level SSR has, your haters will stop at nothing to bring about your demise. They will use anything, including the death of a great bodybuilder, to see their agenda carried out. This is why, when Shawn made an apology video, a video that wasn’t made to save his job (because his job was never in jeopardy), his haters ridiculed him. They were outraged he wore sunglasses, they were furious he was in a gym parking lot, and they also didn’t like the fact cars could be seen in the background. If Shawn made the video poolside, in a tv studio, or from the moon, that would, too, would have been criticized.

Once haters go on the offensive, they don’t stop; it’s not in their nature. They don’t see an apology as any sort of remorse, rather, they see it as a small victory. Instead of letting up, they double down. If they were able to get an apology, maybe if they increased the pressure, they could run the guy from the sport or push his employers to canning him, just so that the pressure would stop. Well, Jake Wood isn’t about that, which I think is very commendable. While neither Wood or Solomon may agree with Ray, they’re not going to fall like a house of cards because vocal critics try to impose their agenda on their production.

If we’re calling it like it is, all these people who went out of their way to bring about Shawn’s downfall, lost. They lost and Shawn Ray won. His job is safe, his apology was sincere, and he will be at the Olympia, doing his thing, this coming December.