WHAT SHOULD NICK WALKER DO NEXT? 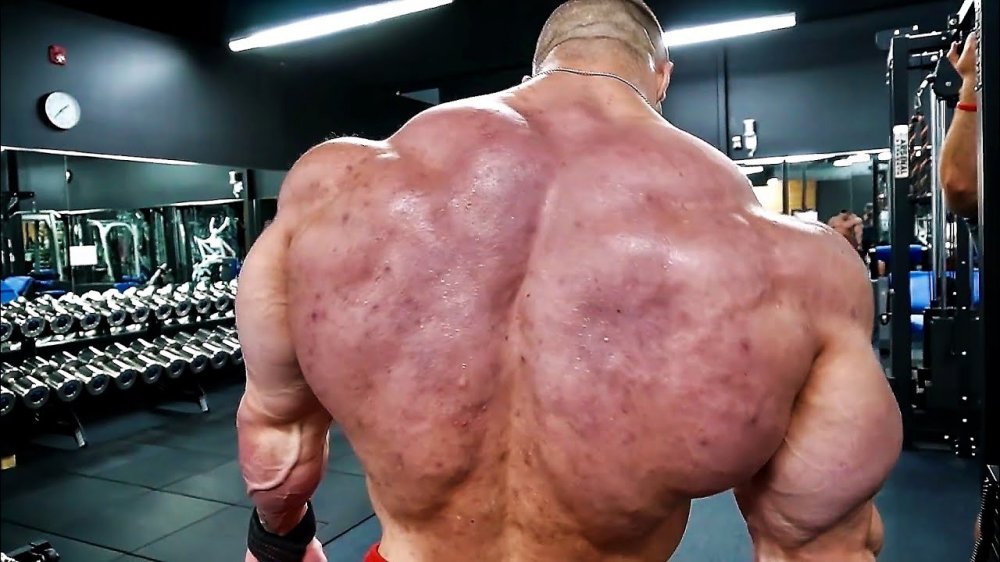 Although a year may not seem like a very long time, at all, when you’ve accomplished as much as IFBB Pro Nick “The Mutant” Walker, it becomes abundantly clear that just one year can totally redefine your career. In 2021, The Mutant won two very important contests and made his Mr. Olympia debut in Orlando, FL. The three contests in question, just so happened to be the third, second, and first most important shows in pro bodybuilding. This is very significant because the young pro earned his card just a year ago at the North American Championships in Pittsburgh, PA.

From the moment he earned pro status, it’s almost as if he hit the ground running. Whereas most pros take 1-2 years to grow into the pro ranks, Walker was already there. In fact, his pro qualifier was somewhat of a formality. Everyone, who was anyone, knew that pro status was all but his, even before he hit the stage. And key pundits like Dan Dillon (aka the Mayor of Bodybuilding) were naming Walker as a future Mr. Olympia even before he was a professional athlete. That’s almost unheard of, but it was very much the case with The Mutant. When he won Steve Weinberger’s New York Pro, his stock shot up, going all the way to the top. Still, many fans doubted he could capitalize on this good fortune and parlay it with a win in Columbus, OH.

I won’t lie, I had William Bonac winning the 2021 Arnold, but when Bonac was unable to compete due to travel restrictions, Walker became the favorite by many peoples’ standards. The day of the show, however, it became very clear that Nick wasn’t the best by default, but rather, could’ve beat anyone. Many pundits compared his look in Columbus to the best versions of Bonac they could remember. And they gave the win to Walker. The fact is, even if William had showed up, at 100%, who knows if that would have been enough to contain the ever-improving young pro. Further, when Nick won, this doubled or tripled his confidence; he believed he could “stand next to anyone,” and that he would. For in just two weeks time, he’d be at the Superbowl of Bodybuilding, Joe Weider’s Mr. Olympia, battling in an ultra competitive Top 5, alongside Hunter Labrada, Hadi Choopan, Brandon Curry and Big Ramy for the top title in the planet.

All in all, 2021 couldn’t have been better for Walker. Even though guys like 7x Mr Olympia Phil Heath said Walker had no chance of winning and old school greats like Robby Robinson knocked his physique, the young champion bested all the doubters. He persevered and channeled out all the haters. He showed great resolve in keeping his mindset clear of drama, even though many in the industry had set their sights on him. He also continued to strengthen his ties to the fans and worked very hard to produce positive content for his sponsors. 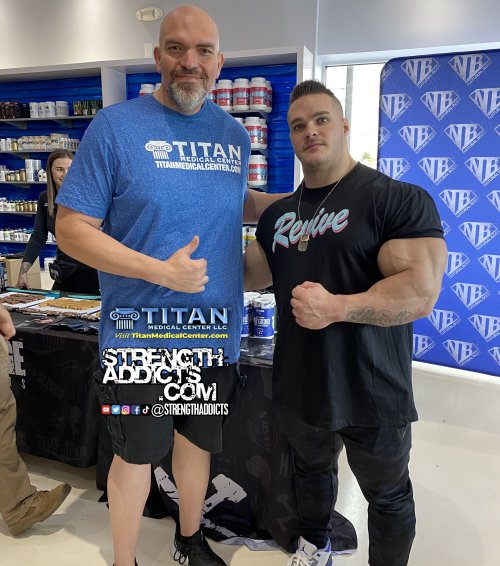 It became clear, very early on, that his work ethic was very much oldschool and that he was destined for greatness. This is perhaps why other bodybuilders, perhaps envious or salty, about his many successes tried picking fights with him. When you stop and look at the tit-for-tat between Nick and Blessing Awodibu, you ask yourself, what kind of year did Blessing have? Did anyone talk about him anymore afterward? When you compare accomplishments, Nick blew Blessing out of the water. Not only did he beat him at the NY Pro, his accomplishments in Columbus and Orlando, made the Redcon athlete little more than a spec in NIck’s rearview mirror. That’s the difference between an average bodybuilder and a superstar.

From the 2020 North Americans to the NY Pro, Arnold, and Olympia, everything has fallen into place. I wasn’t able to go to the NY Pro or the Arnold because of prior commitments, but I would have loved to have seen them. The fact is, everyone who made it out there who I’ve spoken to, said it was lights out from the minute Walker took the stage. This level of dominance is unheard of when dealing with a rookie. And while technically by 2021 Nick was no longer a rookie, it’s all the same to me. His time as a pro has been so short, that he’s a rookie by default. In both New York and Columbus, he was battling against veteran competitors and people who had won huge titles and been among the very best in the Olympia, year after year. Did that deter him? Not at all. He’s that confident in what he brings to the stage. Despite being accused of being arrogant by his haters, he’s quite the contrary. Arrogant people don’t have droves of loyal fans. Walker’s confidence shouldn’t be confused with arrogance, rather, it’s what keeps him going against guys with credentials that would scare off most competition.

With regards to the O, however, I had every intention of being there. Unfortunately, Southwest Airlines canceled my flight. Not only did they delay it four times in two hours, they would eventually cancel the it, and refused to book us on other flights. I was so grateful to my buddy Dan Solomon for hooking me up with press passes at the eleventh hour and for my buddy Lance Schilling for offering me his front row seats, while he did interviews backstage. It would have been a killer time had Southwest not dropped the ball, but que será, será. I may not have been at the big contest, but I was following along from home. I was paying close attention to social media, watching the various commentaries, scanning the boards and piecing together and formulating my own talking points.

I’m still not sure how Hunter Labrada placed higher than Nick, and I’m also not sure why Walker didn’t place higher, in general. Further, I’m at a loss for words at how Choopan repeated as People’s Champion, when everyone online, from social apps to Facebook groups, and the various message boards were obsessed with Nick Walker. In any event, Nick fought hard, took a great placing, and has become even bigger of a star than he was pre-Olympia. This past weekend, I had the pleasure of seeing him in action, interacting with throngs of fans at the Natural Body Epic Bloc Party in Ozone Park, NY. I was even lucky enough to get a photo w/ him. Hopefully at some point, I’ll be able to interview him, too.

I can tell you, though, nothing’s stopping Nick. This is, without a doubt, a future Mr. Olympia. There’s no question about it, as far as I’m concerned. With Matt Jensen in his corner, the sky’s the limit. So what’s next? That’s got to be the million dollar question!

Well, I can tell you I wasted no time in DM’ing The Mutant the second prejudging was over. In a way, i was surprised at how quickly he replied, but I had reached out to him over the last few months. I didn’t start out as a fan. I was, of course, not hostile to him, but I didn’t know enough. Like I said, he’s only been a pro for a year, and by the time he earned his card, I was no longer doing contest coverage. I simply didn’t know enough about him and it’s my nature not to be a bandwagon fan. Between his many battles on stage, his string of wins, and his closeness to the fans, I slowly, but surely, became a fan. By this point, I consider Nick Walker to be one of the top bodybuilders in the sport.. So what was my advice for him?

I, simply, said he should focus on the 2022 Olympia. There’s no need to do the NY Pro, Arnold, or any other contest. He should eat, train, and pose for one show. There’s nothing else left to prove. That doesn’t mean he can’t go to a boatload of events to show support, guest pose, and/or work for his sponsors, but he should reserve his energy and avoid contest preps for any show other than the Olympia. Although he’ll be training hard, eating to grow, and posing hard, he won’t burn himself out come the 2022 O. Also, it’s very cool that the 2022 Olympia is rumored to be in December. This will give the young phenom a little more time to work with, as well. I was also very pleased that Nick gave me a loud and clear 10-4. It seems I’m not the only one that’s given him this advice. And if you stop to think about what he could do prepping for just one show, as opposed to 2, 3, or more, in a year, you might surprise yourself!! I think with fourteen months total prep time, The Mutant could run circles around the physique he brought to Orlando, FL, just a few weeks ago, in 2022.