WHAT’S A SPONSORSHIP – AND WHAT IS NOT!! 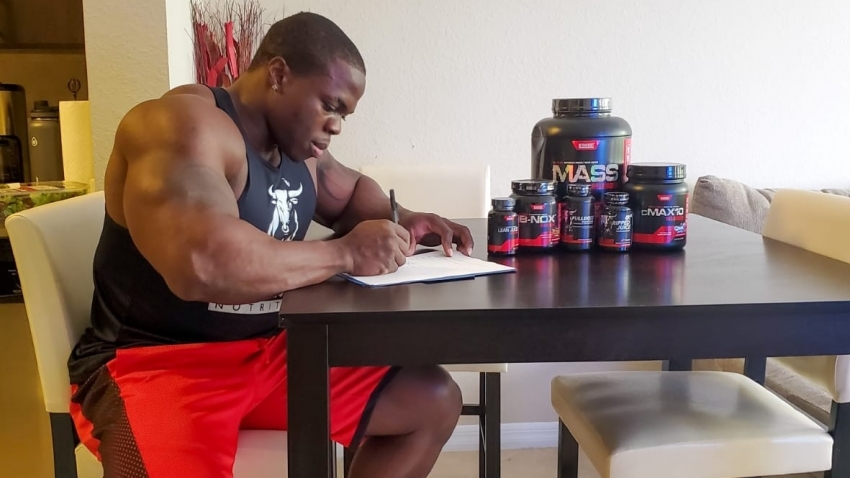 Every single day, I see athletes all over social media promoting companies and in many instances, it’s almost akin to seeing someone get played over and over again. It’s like a bad soap opera on autoplay. Sometimes, I feel like it’s groundhog’s day. Competitors – at all levels – make easy prey for companies that have the money to advertise, but prefer to get the berry and the juice, without ever digging into their pockets.

If you’ve built a great physique and you have a decent-sized following, then you have a good bargaining position. As long as you’re able to say the magic word – no – then you’re in great shape. But wait, shouldn’t the magic word, be yes? No, absolutely not. Anyone can say yes. In fact, if people said yes way less, we wouldn’t see so many competitors going broke because they want to compete. Remember, only pro’s can earn prize money, but a lot of times, the prize money is a joke. I mean, if you’re a pro and “win” $2,000, you’ve probably really lost 3-4x that in prep, alone.

Most competitors couldn’t live at the Salvation Army with that they make from contest earnings; therefore, funding for competing must come from either sponsorships or work in the industry. Now unless you land a corporate job at a major supplement company, work in the industry will likely consist of working expos, maybe supp shops or gyms, and/or personal training. Expo work pays peanuts. Working supp shops and gyms isn’t much better, unless you’re in management, but simply having the title and doing the work, doesn’t mean you’re making what you’re worth.

What you’re worth can be calculated by the amount of money you make your employer vs what your employer pays you. That can get tricky and oftentimes, you’ll be way underpaid. Therefore, the only kind of industry work that will actually allow you to compete is personal training. The problem there is, not everyone is cut out to do this kind of work. You need to understand anatomy, physiology, and in many instances, you need to hold certifications. You also need to be a people-person. With all that being said, you might find yourself so tired after all that work, that you may not have enough gas in the tank to train, prep, and compete. This is why most athletes all try to get with companies. The problem is, by them working their tails off and not getting what a sponsorship entails, they’re actually creating a climate whereby competitors can be exploited and never get the compensation they deserve. It’s really a vicious circle.

Most “sponsorships” consist of a code and a discount. The code is how the athlete makes the company money. For example, some companies allow the code to take 5, 10, or 15% off a good or service that’s probably been marked up. There is no real savings, but there appears to be one. For the companies who actually offer a real discount – like IronMag Labs – that’s terrific, but most don’t. And I’m not just saying that because I’m writing for Iron Magazine. I’m writing that because it’s personal – I worked for them and I know it to be true, but I digress. The fact is, most codes offer false savings, but they lead the friends and supporters of an athlete to a company website. Sometimes, there’s no oversight to speak of. So if a customer uses a competitor’s code, it may show a hit, but there will be no distinction insofar as how much the customer spends. Whether they buy a $10 shaker or a $500 stack, it’s still one sale. If the athlete gets points or standing based on the # of sales, that’s a bad deal for the athlete. Other deals, particularly affiliate programs, may give the athlete a percentage of the sale. The problem is, they have no accounting system in place. If an affiliate embeds an anchored url on their site or promotes a direct link, which brings the company in question $2,000 worth of business in a month, they should get a check for $100; however, unless the athlete can pinpoint who spent what and when, their check could be for $50, $20, or nothing for that month. Whenever a sponsored athlete is expected to trust in a company’s integrity – blindly – that’s a recipe for getting hustled. Then the only question is, how long does the athlete allow themselves to get robbed before they jump ship?

Other companies don’t actually ever pay anything – they don’t give money or supplements. They “pay” the athlete with a discount. Take suit companies for example. A blinged-out bikini, with rhinestones, and great fabric, can run upwards of $2,000. The “sponsorship” may allow the athlete to get a 25%, 50%, or even 75% discount on their suits, provided they bring in a truckload of business. Well, how much do you think a $2,500 suit costs a designer to make? The materials, alone, probably don’t break $100. It’s not like they’re using diamonds, you know? And it’s also not like they’re making ballroom gowns. How much does a stage bikini cover anyways? Some aren’t much more than thongs. I’m not saying they don’t take great skill to make and I’m not saying that you price art based on how long it takes to create, because that’s totally not the case, but if we’re talking dollars and cents, then let’s keep it real. Let’s put a real cost on making a suit and how much is expected from a “sponsored athlete.” It’s pretty lopsided to say the least.

Then again, this is business, and successful businesses aren’t going to succeed by giving out equitable deals to talent. This is where you, as the owner of the great physique and the effective reach, have to play some hardball and you have got to be able to say No, Thank You.

You will probably say “no,” 10, 20, or more times, before you say yes. If you can do that, particularly in a gracious and humble way, then you’ll be in a far better position to get better offers, last longer with companies, and be appreciated from the moment you sign. The problem is, many competitors looking for backers, desperately want money and desperately want recognition. Some are even ok with getting the raw end of the stick, just to be able to say that someone, anyone, believes in them. I get that, but let that be your one and only bad deal. If your whole page showcases “sponsors” that are hustling you, then you’ve basically dug your own grave. No one will ever offer you a good deal and companies that have cheated you, aren’t going to respect you for it. They’re not suddenly going to develop a consciousness and encourage you to ask for better. If anything, they’re going to tell their friends in other companies, that you’re an easy mark, and give them the green light to take advantage of you also. The fitness industry isn’t for the weak at heart. You cannot be a gazelle and make it. You’re either a lion – or – you’re prey.

Remember, if you’re looking to become part of a company, ask A LOT of questions. What do you get? How do they keep track of the amount of business you bring in? Is there room for upward mobility – or – is what you get, the best you’ll ever get, no matter what? And also, DO NOT BE AFRAID TO SAY NO THANK YOU!!! And never BUY PRODUCTS to sell later!! Be sure to avoid MLM schemes and run away from pyramid schemes – at all costs!! Sponsored athletes should never pay to be sponsored. That’s just plain stupid.

What’s your take on shady sponsorships? Have you been suckered into one? And if so, how did they trick you?