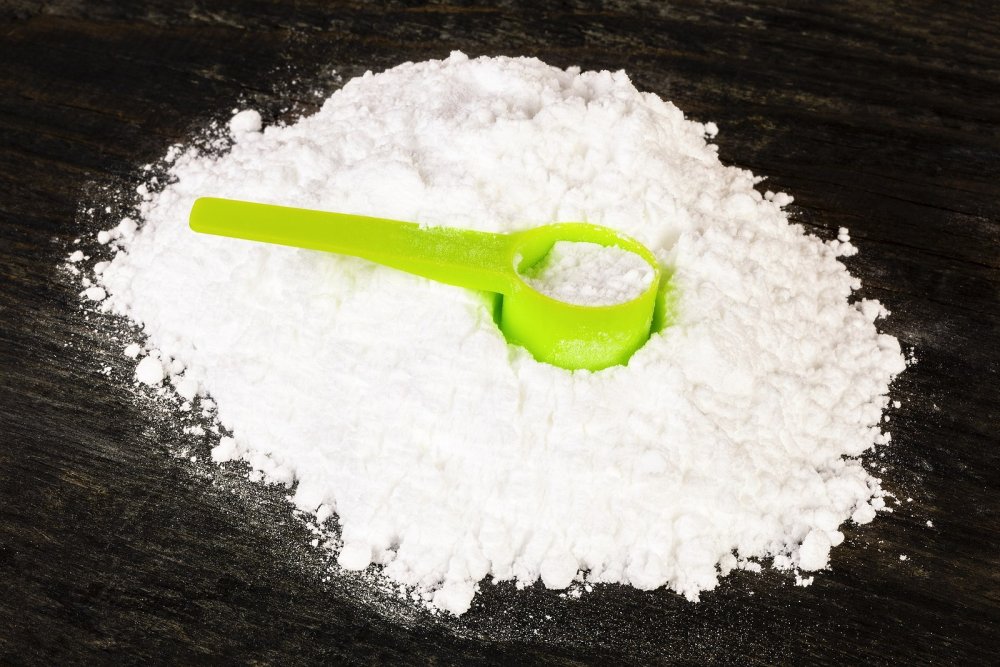 Back many moons ago, when I was in high school, I remember strength coaches raving about a new supplement called creatine. It was natural, non-hormonal, and it was very effective. Back then, a 300g tub ran for about $100; today that same tub can be had for as little as $10. Now granted, you get what you pay for and $10 for 300g of creatine in 2021 is probably not high grade at all, but it’s not some kind of creatine.

Anyways, price points aside, creatine was all the rage in the 90’s, especially because the government had successfully come down hard on performance enhancing drugs. This was also a time that predated what would become the cat and mouse game supplement companies played by formulating gray market prohormones and the like. The fact that this miracle supplement could raise ATP levels, increase strength by up to 10%, and do all of this simply by taking 5g post workout, with a sweet beverage, and drinking plenty of water, was insane. It really didn’t get any easier than that.

Some gurus, in fact, don’t even believe the sugar spike was even necessary. Dave Palumbo, for example, didn’t see the purpose in spiking insulin levels as a way to transport the creatine and further, has stated that even as little as 3g’s could provide the desired effects. Many companies who saw the effectiveness of the product sought to make a quick buck. With regards to smoke and mirrors, one of the most copied and troublesome approaches of all, was the loading phase. This encouraged consumers to take monsters dosages for seven days, ballooning up with water, and gaining as much as 10lbs. No one ever gained 10 pounds of muscle, but could creatine help serious athletes gain 1, 2, or 3lbs of lean muscle mass in a year? Absolutely! And that made it unlike any other product of its kind. The question now, however, is that in an age where lifters can get their hands on strong prohormones, SERM’s, and SARM’s, is creatine still a go to for physique and strength-based athletes?

The truth of the matter is, competitive athletes want every edge available to them. So it stands to reason that they are going to use tried and true supplements like creatine. During the 2000s, the fitness industry tried to bounce back from plummeting prices for creatine monohydrate. The main obstacle, however, is that monohydrate was the simplest and most effective form of the agent. As word spread, more companies got involved, creating far more supply that had been had before. Demand was no longer as voracious as the early to mid 90’s and companies needed new ways to try to recapture the magic. A few companies toyed with creating new esters and even making water soluble creatine; this represented the scientific approach. Others opted to use the delivery angle to generate income; suddenly creatine could be used in pills, powders, and even RTD’s. Decades later Jack Owoc would include Super Creatine in his Bang Energy drinks. The vast majority of companies, like MuscleTech, began including creatine in products that sounded exotic but that were essentially creatine-based. Finally, many companies also played with branding. Instead of merely selling a tub of powder or a bottle of pills, they’d package it in a metallic looking cardboard box, maybe put holograms, or place all sorts of over-the-top seals on the bottles. Sadly, none of the gimmicks worked, and creatine is now readily available for a fraction of what it sold for in the 1990’s. The question is – who’s using it?

The science is there. I’ve noticed that physique-based athletes continue to use creatine during bulks and off-season periods. Some use it pre-workout, others post-workout, but many are using it at both times. Whereas the ideal dosage has always been thought to be 3-5 grams, many athletes are using as much as 10g a day. Bodybuilders enjoy the ATP increase, particularly during long, strenuous workouts. Natural bodybuilders, in particular, have always liked the product and, if anything, it prompts them to drink additional water.

All athletes need to be properly hydrated for optimal performance; however, it can be a daunting task to force-drink water all day. At least while on creatine, the increased muscle size and strength are nice added benefits. What’s also interesting about how bodybuilders use creatine, is that the sugar-spike has also lost favor. While this has made it easier for companies to sell pills, as opposed to bulky powders that created shipping nightmares, it practically killed sales for the most popular creatine supplement ever brought to market.

Cell Tech made industry giant Muscle Tech, kings of the industry. Lifters would go through twelve tubs or more a year, oftentimes stacking them with Nitro Tech (protein). The problem is, the vast majority of the Cell Tech tub was dextrose sugar. Could you imagine the genius in that? Consumers were basically buying table sugar and some creatine for wads of cash each month. Eventually other companies jumped on that train, but the huge income wouldn’t last forever. Even Muscle Tech shot itself in the foot, by introducing Six Star Nutrition – it’s discount line. Soon consumers started comparing labels and realizing that both products were essentially the same thing. Further to that, both brands, as well as a sea of others, decided they couldn’t pass up profits at Walmart, so they’d create regular and hardcore, premium, or elite series to sell at discount stores, GNC types, and online. Ultimately, the games and gimmicks caught up to the money-hungry companies and the whole bottom came out from under them.

Strength-based athletes aren’t technically in the same fitness industry as physique-based athletes. Of course, it’s all fitness, but the companies who make their suits, chalk, and straps, don’t engage in the gimmicky tactics that companies who cater to bodybuilders do. Whereas many bodybuilders are high school and college-aged when they got started, a lot of powerlifters are older, more seasoned, and less likely to fall for outlandish claims.

Powerlifters have been using creatine for years, just as long as bodybuilders have, though for totally different reasons. Although more and more powerlifters are trying to build somewhat quality physiques, their sport isn’t one based on appearance, rather, it’s based entirely on performance. If I was to speculate which type of athlete is using the most creatine today, I’d look more to performance athletes like powerlifters, strongmen, and crossfitters. Wow, there’s a group we almost never talk about at Iron Magazine – Crossfiters, but rest assured, we’ll include you guys more in 2021. None of these athletes care about muscle size, but they sure do care about increasing their strength by as much as 10% and they also appreciate the added, natural ATP production. When you look at the bigger picture, creatine is a miracle supplement for them; it’s benefits in bodybuilding are limited.

Think about it. If you’re a bodybuilder, you wants to build muscle. Creatine transports water to the muscle, making it bigger, but removing cuts. Lifters who abuse of creatine have an almost bloated look about them. That’s not really desirable. Natties like it because many have an inferiority complexes when it comes to size. In fact, there’s some natties that are ok with carrying a substantial amount of fat, so long as it’s not in their stomach, pecs, or love handles. They’re ok carrying fat in their arms or legs because given the right clothing, that might look like muscle. The guys who can’t grow, will take anything to look big, whether that’s fat or water weight. Bodybuilders who use creatine for strength and energy, like the vast majority of strength and performance-based athletes, will be happy with it.

So who, primarily, is using creatine today? The vast majority would be performance-based athletes and a handful of bodybuilders. Although it’s very much mass-marketed and the overabundance of supply has nearly wiped out the demand of the 1990’s, it’s become somewhat of a niche supplement. Those who know it well, know what dosage works best for them, and love it.