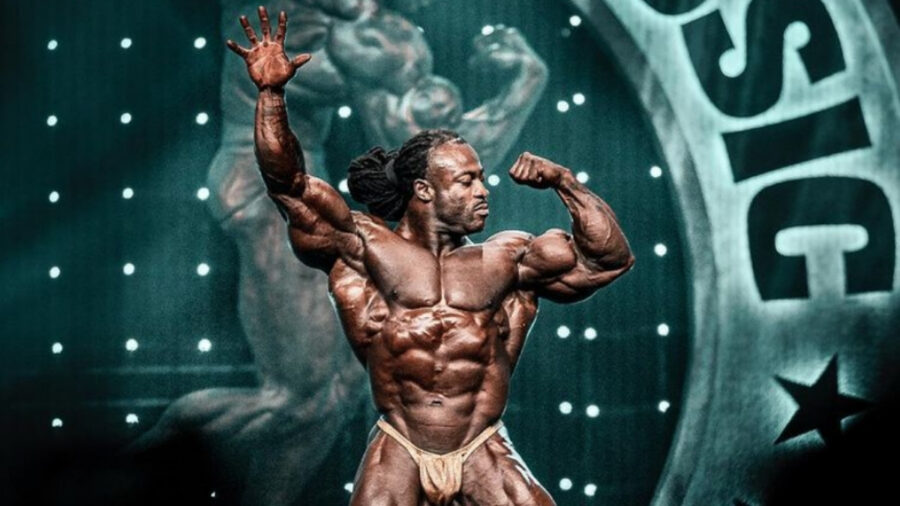 This is 2022 folks! We’re in the digital age now more than ever and people want the convenience of being able to follow the sport more closely than ever before. It’s all about customer service. If you’re a promoter you need to offer your vendors the absolute greatest bang for their buck. In turn you can charge more for your booths and eventually you can grow your show. That said not all contests get to the big leagues overnight. There’s usually a progression that’s involved. A great many shows start at the local high school auditorium level. Next they move to small theaters and/or sections of convention centers. If the shows get big enough buzz they can headline the marquee at a large hall all their own. We’ve seen this with shows like the Night of Champions, the Arnold Classic, and of the most coveted contest in our sport the Mr. Olympia. That said not all promoters reach for the stars.

As time passes the federations are moving to eliminate contests that either don’t draw enough competitors, don’t sell enough tickets, and/or haven’t evolved with the times. At the end of the day, if enough crappy shows litter the contest calendar that starts to diminish the integrity of the sanctioning body. If a federation starts to be known for signing off on second and third tier competitions the buck won’t stop there. This is why sanctioning bodies usually set so many conditions. Getting the fee is the least of their concerns. In fact, many cities may have a line of promoters wanting more shows and/or new promoters hoping to get their big break. There’s only a limited number of shows that can happen. For example, you’re not going to have two shows in the same city a month apart from each other. If anything you may have two contests in the same city in a year and chances are only one promoter will have them.

Think of a contest as a promoter’s territory. A federation is unlikely to allow a second or third promoter to put on shows in another promoter’s existing territory. The issue that potentially arises there however is if a promoter for a certain area is a mediocre fellow then that the people in that area will only get what he/she deems worth their time. Some promoters don’t care about customer service and they will do the bare minimum so long as that’s all that’s required. In the end it’s all about dollars and cents and justifying expenses.

The #1 point that every promoter should take away from this article is that high quality live streaming should not be looked at as an “extra.” It shouldn’t be looked at as fat on a budget. Those who subscribe to this notion will avoid looking into ways of offering this amazing service no matter what the cost. Others might half-ass it and put a phone on a tripod and leave it at that. I honestly don’t know which is worse – offering no live stream or offering a livestream and it being like the aforementioned phone example. Sometimes the old saying of “it’s better than nothing” doesn’t really apply.

Without putting any contests on blast there have been some pro shows that have severely missed the mark as of late. When fans have to rely on audience phone footage some twenty rows back you know that a promoter just doesn’t care. At a time when bodybuilding print media has more or less died and very few media outlets cover bodybuilding shows, the fans deserve better. After all bodybuilding is an international sport and with everyone focused on the Mr. Olympia the fans want to see how their favorite competitors do in contests around the world. Even though there’s no comparison between the speed and efficiency of the net, bodybuilding fans at least could buy magazines in yesteryear. They might have to wait a month to see high quality photos from a contest but they had access to them at some point. Without the magazines or media outlets covering shows many fans are left in the dark. This creates a great deal of frustration and will usually cost the sport fans.

There is absolutely nothing more lame than fans spending their time scouring the net looking for photos or videos on their favorite competitors and not finding them. This couldn’t be any truer when it comes to top-level pro’s. There’s absolutely no reason a pro bodybuilding show should go dark – meaning no live stream or pay per view – in 2022!! In some cases fans might know about a show and go days if not weeks without knowing the placings. There’s just no excuse for that. At that point all that’s really left is the message boards and most of those are dead today.

Whereas video killed the radio star, social media dealt the boards a huge blow. Chances are most people are getting their “contest coverage” from the fans that decide to post bits and pieces of shows. It’s really pathetic when I as a fitness writer can’t get access to show information when writing articles. Sometimes I have to rely on contacts to see who will be at a competition and if they’d be so kind as to send me shots or give me their assessment of the competition and placings. What totally blows my mind is when I see the vendors some of these contests draw. What’s mind boggling is when you see the amount of money coming in vs the production value presented to the public. It’s then when you become well acquainted with how not to run a competition.

Unfortunately I can’t see a day when the federations start requiring promoters to livestream their shows. In the end you can’t force someone to have a vision and many promoters are just too small potatoes to see the enhanced earning potential that comes with developing apps for their competitors to be informed 24/7, to have livestream for fans around the world, and even to offer things like programs which ticket-buying fans can gave as keepsakes. If programs were sold that featured competitors – as opposed to endless ads – that might be something worth buying. Get fun facts from those competing, maybe some pre contest candids, maybe pre contest meal tips. THEN you put the vendor ads and maybe put a raffle ticket in each catalog for some cool prizes that are won on contest day. There’s so many ways that promoters could enrich themselves, give way more ROI to their sponsors and vendors, make it better for the competitors and make fans happy. It’s win-win all around but they just won’t budge. They only do what they know and they’re dead set against learning new tricks – even if it puts more money in their pockets.

We’ve come a long way as a sport but there’s still plenty more to do. Bodybuilding may or may not remain a niche sport but a lot of that depends on so many different people and so many moving parts that it’s anyone’s guess where we go from here. Unlike major league sports where commissions control every aspect of production and promotion, many of the physique-based federations actually have far less direct control than outsiders think. When it comes to major issues, there’s protocols in place but when it comes to more abstract concepts like customer service and staying ahead of the times, that’s far more subjective.

Subjectivism isn’t just a thing in judging, it’s also a thing in contest promotion. Some promoters have astronomically different ideas of what running a great contest is all about. Some nail it and some are so off the mark it isn’t even funny. If you’re putting on a PRO bodybuilding show, for example, and you don’t have live streaming or PPV – you are NOT ON YOUR GAME PAL!