Could Lee Priest ‘The Blonde Myth’ Do the Master’s Mr. Olympia and Win? 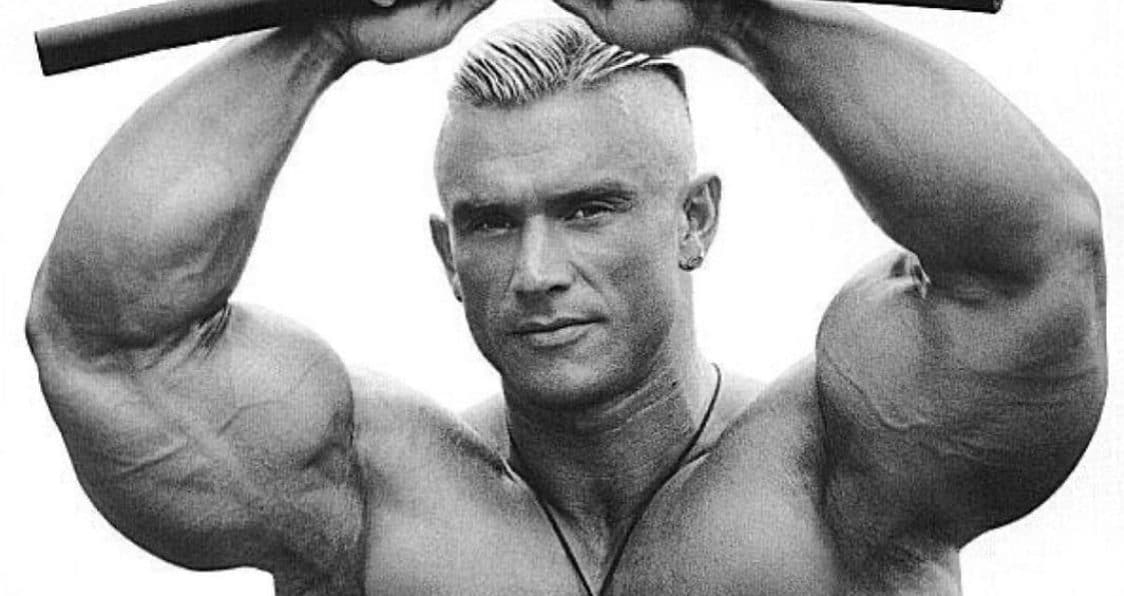 At nearly 50 years of age and over fifteen years since doing a real bodybuilding show many fans are ecstatic at the idea of legendary Australian bodybuilder Lee Priest returning to an IFBB Pro League stage. Priest is considered by many to be the greatest bodybuilder to emerge from Newcastle, Australia, and they want to see what he can do against the best of the best in the Pro Masters Mr Olympia competition. They want to see him battling in front of the fans and vying for the big payday. And while Priest hasn’t competed with the best in the world since 2006 to say he’s been a stranger to competing would be factually incorrect. He has competed with the PDI, NABBA, and possibly other obscure organizations by today’s standards.

The NABBA bodybuilding organization was huge when Arnold Schwarzenegger and Franco Columbo were competing, but here in America I couldn’t tell you the last time I heard of a NABBA show. That said, the organization is still somewhat impressive worldwide and I’m sure when Priest did the NABBA universe he battled with guys who could’ve hung in there at an NPC Nationals or US’A’s type show. That said, I’m sure he didn’t share the stage with guys who could win the NY Pro, Arnold USA, or much less the Mr. Olympia. That’s not throwing shade, it’s just the God’s honest truth. This is why he could always all but guarantee his wins prior to the PDI and NABBA shows.

Priest was a Top 6 Mr. Olympian back in his prime. He could go into those watered down federations and win shows with his eyes closed. That said I don’t consider that level of competition in any comparable to the Mr. Olympia. I don’t recognize those other shows as being comparable to where he came from. If he does come back and he does compete in the Masters Olympia, he’ll have to compete with guys who albeit older, are also coming in 110% prepared and ready. Unless the Aussie legend plans on putting 110% in, he runs a major risk of embarrassing himself.

But Lee loves a good time. He loves to poke fun and make people laugh, but NOT at his own expense. Unfortunately, he’s got a rain cloud that follows him wherever he goes. He’s pissed off a lot of people in the IFBB bodybuilding Federation and his outspokenness hasn’t gone unnoticed. I’m not going to say that politics is what will hinder him from being successful but to say his antics don’t come with any blowback or that there hasn’t been fallout piling up over the years would be an incredibly naïve position to hold. Sure some of his foes are no longer in powerful posts but others are. Also there’s things he’s said and positions he’s held that could easily cost him major wins today. Can I prove it? No. But is it a factor? I’d say so. You also have to understand just how subjective judging can be. I would never attribute “politics” to any decision – especially not directly. But wait a minute! What about indirectly? 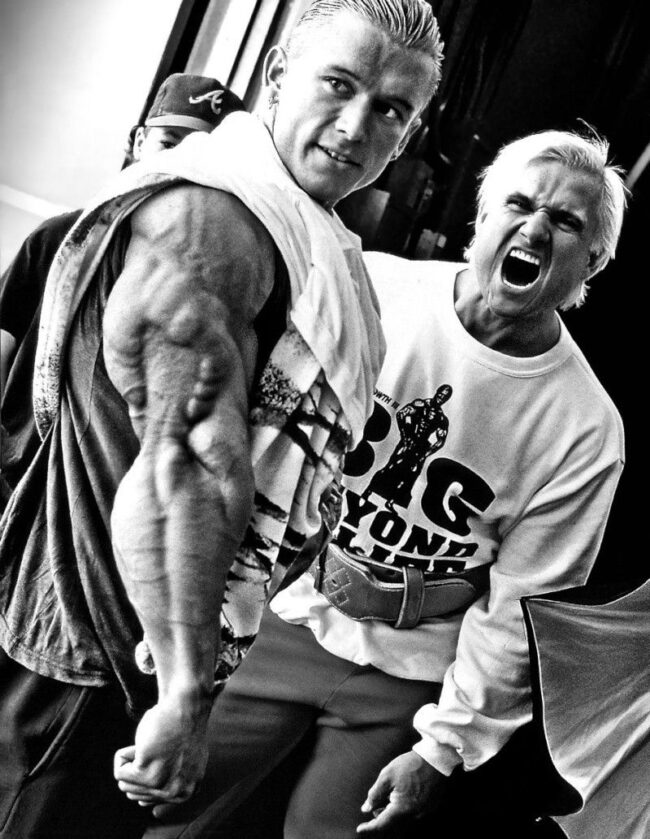 Indirectly is where everything is fair game. Whether you want to categorize bias as consciously or subconsciously that’s entirely up to you. I’m not going to say the judges score based on politics but I’m also not going to say they’re not human. If you’re a judge and you’ve felt attacked or offended by a competitor’s antics I don’t know that you can definitively say that that bias won’t come into play at some point. Take other great champions who maybe were a little on the outspoken side. And simply calling certain behavior outspoken is me being generous.

Some might argue that Lee or maybe Robby Robinson or maybe Sergio Oliva were troublemakers during certain parts of their careers. I’m not saying that I’d concur I’m just saying how they may have been perceived. Sometimes if athletes alienate themselves enough they’ll go to other federations like Sergio and Lee did. Sometimes they’ll just quit. How many people think Robby was robbed when Zane beat him? Could it be because they (whoever “they” might be) thought he was a loose cannon? Maybe yes and maybe no. This article is about commentary – my commentary. It’s just what I feel. And the fact is, what if Lee looks incredible and it’s him and another competitor down to the wire. Does anyone think that 20+ years worth of Lee’s antics might cost him a tie-breaking decision at his comeback show? I mean, I do.

And that’s just it. A comeback has to make sense. Right now Lee is in a good place. His YouTube channel is doing well and his collaboration with RX Muscle seems to be panning out. That said, I don’t think he could ever do what Shawn Ray is doing with the Olympia. I could see him doing something similar with the Arnold Classic, but that’s also a very big maybe.

The question lies with professionalism. Think about how many times SSR has been involved in a feud. Whether it’s with Bonac, Jackson, or others. There’s only so much he can say. Even when badly misunderstood following Rhoden’s passing, there was only so much he could say. Whatever he said and whatever he wrote had to be carefully thought out first. After all, Ray runs Digital Muscle and is a major part of the Olympia Weekend. Even with apologies concerned he had to be careful. Lee on the other hand could show that level of restraint but we all know won’t. He never has and there’s little basis for anyone to think he ever would. This is why he’d never be given a role like Shawn’s at shows like the NY Pro, the Arnold, or the Olympia.

On a physique level I think Lee could have a successful run at a smaller Masters Pro contest. I could see him beating a handful of recently turned pro Masters Nationals winners and maybe some lesser known veteran Masters Pro’s. I could see him winning such a contest and getting a $4k payday. Beyond that I think Lee runs the risk of losing face. If he were to compete and not even make first callouts then he risks losing the bragging rights of being the guy who pushed guys the likes of Chris Cormier in San Francisco and being among the Top 6 at the Mr. Olympia. Then again his placings aren’t why people watch him talking into a camera in the back of a warehouse. His antics and his self-imposed exile from the IFBB are part of the reasons why so many people are fascinated by this rebel without a cause.

The fact he posted physique updates might be an indicator that he’s really considering a return. Or these pics might be nothing more than an attempt to do what Kai Greene has been doing since 2017 – teasing the fans with a nostalgia act. The one thing’s that for sure is that Lee won’t be getting any special invites. Hell, he may not even be able to get his pro card reinstated. He would have to really want it and really give it 110%. I just don’t see it. I don’t think there’s enough of an incentive and even if there were, I don’t think Lee would try. It’s all talk. Nothing but talk, if you ask me.

If a big company were to put $100,000 on the table for a Priest comeback that might be something. I think he’d even consider it for $50k. But to do a contest where the most he could pocket is 10k just doesn’t seem worth it. I think we could all agree on that. And Masters is all he could do where he’d stand a chance. I think even his most hardcore fans would concur. It’s not hate. He’s nearly 50 and hasn’t competed in a decade. And the only Masters payday which is even remotely not crap money is the Masters Olympia. For Priest to do a run of the mill Masters pro show and earn 3, 4, or even 5 grand would mean he was losing money. That’s not only lame but it’s not going to draw out someone with star power from retirement. That’s chump’s change and Lee can make that with minimal effort on YouTube.

Also, what company would put $100k or even $50k down to see the half pint Aussie back on stage? They would have to anticipate 2x, 3x, or 4x the return on their investment. And no one’s going to buy supplemetns just because Lee’s face is on them over one’s with Big Ramy, Nick Walker, or Blessing Awodibu in 2022. The company would essentially get very little back for their investment and I can’t think of any outfits that would do that just out of love of bodybuilding. Maybe a small, closely held company might, but a company with investors would run from such a venture. No one has money to burn in 2022, especially not in this industry.

It is for these reasons that I see a Priest comeback as highly doubtful. Mind you I haven’t talked about Lee’s injuries, but that would only raise doubts more. That said, it’s a fun subject and a great topic for conversation. I’m afraid that’s all it is. Your thoughts on a Lee Priest comeback?