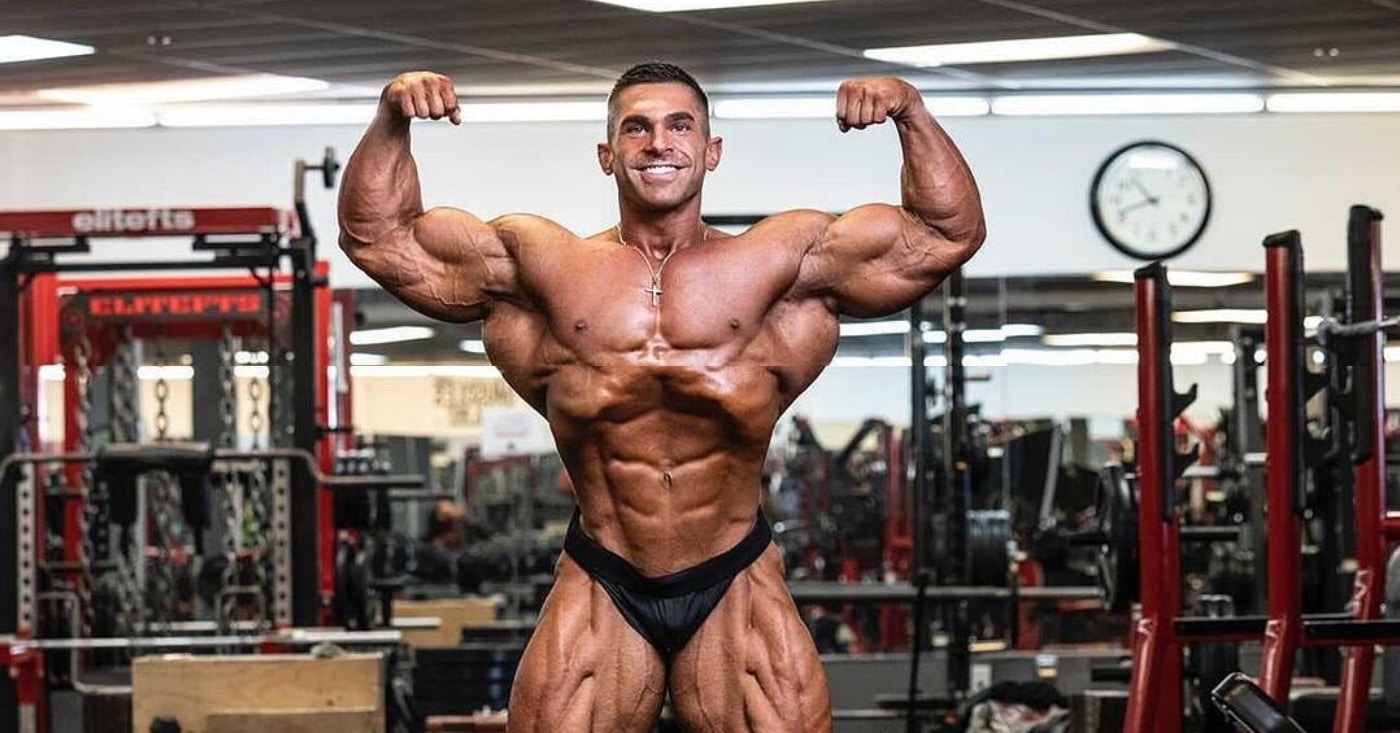 We’re five months out from the 2022 Mr. Olympia and 212 Mr. Olympia Derek Lunsford has still not made a decision as to whether he’ll be remaining in The 212 or moving up to Open. It’s pretty clear based on his sheer size which division he’ll more likely compete in, but nothing has been set in stone. Many pundits have correctly pointed out that Lunsford is just too big – in terms of muscle – to intentionally lose all of it (if that’s even safe to do) in order to squeeze back into the lighter division. If the champ plans to move up, however, it doesn’t seem that Chief Olympia Officer Dan Solomon is all too eager to extend him a special invite.

What would the basis be? That by virtue of winning the lighter division he should be afforded the privilege of skipping having to qualify like everyone else for a spot on at the Super Bowl of bodybuilding? That hardly seems like a good use of an option that’s been reserved for people who have long been out of active competition or who have had to face hardships that otherwise would have prevented them from competing or qualifying. Although the fans would go crazy to see the former Mr. USA compete and defy all the odds, I don’t think that alone is going to motivate Solomon to give him a free ticket to a contest where many insiders believe he could realistically make Top 5. But the indecision doesn’t stop with the athlete.

Hany Rambod – Lunsford’s current coach – seems just as indecisive as his star client. He’s drawn parallels to Hadi Choopan and his exit from the lighter division. The only difference there was while The Persian Wolf won over the hearts and minds of countless fans he never toppled 7x 212 Mr. Olympia James “Flex” Lewis. When The Welsh Dragon retired that gave the Iranian sensation a huge opening but instead he opted for the Open. His decision-making process, if we go by Hany, was a lot more to the point than Lunsford’s has been.

Whereas Derek can be seen racing around in gocarts and making silly Tik Tok videos he can’t seem to sit down, weigh his options, and make a decision. Of course maybe he’s already decided but I can’t imagine why his coach would be talking about it as if it’s an unknown.

I highly doubt a guru on Ramrod’s level would play with the media or the fans. Not because he wouldn’t do it to build hype for the Olympia or create more buzz for his clients (who also happen to be sponsored by his supplement company), but because his perception of not knowing what’s going on isn’t a good look to have. When you make statements to the bodybuilding world – whether on media outlets or on your own platforms – and those statements consist of ‘I don’t know’s’ then it can get pretty old – quickly. If Hany doesn’t know I think it’s safe to say Derek doesn’t either.

Now let me be fair. Two other 212 Mr. Olympias in active competition are also more or less on the fence. We have 212 Mr. Olympia Kamal El-Gargni and 212 Mr. Olympia Shaun Clarida both contemplating doing the Open Olympia. Now my critics will argue that they haven’t officially left The 212 so to suggest they’re part of a 212 Exodus isn’t accurate. Perhaps they’re right but I’d argue that at the very least they have a foot in each division.

Listen up folks, no 212 bodybuilder just competes in the Open for fun. There’s got to be more to it than that. It’s usually a very well thought out decision and if you’ll notice they come correct.

Shaun beat out guys 100lbs heavier than him – he was that good! Kamal nearly won Tampa and to many people he was the Uncrowned 2022 Tampa champion. And while the Lion of Libya didn’t win in Texas he was most certainly in the mix. No 212 bodybuilder – especially a former Olympia winner who’s automatically qualified for the next year’s event – is going to put their body through hell just for fun. Especially when they already have a huge legacy and considerable fanbase. No one wants to act the fool and get overlooked on stage. The fact these smaller guys competed with “the big boys” and kicked serious ass while doing so says a lot about what 212 champions are capable of.

A great many people want to know what Shaun and Kamal will do with regards to the 2022 Olympia. The pressure is definitely mounting but they’re not the current 212 Mr. Olympia – Derek is. While some pundits are openly talking about the lighter division languishing, it’s unclear if one or any of its Top 3 will even compete in the division in December. The fact that one of three possible defections includes the defending champion would be a huge blow.

In fact it might be an equally huge blow as when the news of Flex Lewis’ retirement was cemented. Remember that when Flex retired The 212 was cut from the Arnold Classic. Who knows what might happen if the top 212 talent makes a run for the Open Olympia? It might have similarly disastrous consequences.

For the record, I’m not trying to guilt the best of the lighter division to stay merely for the Division’s sake. As Hany recently stated, Hadi saw the Open as the “real Olympia” and that’s where he wanted to be. If the top 212’ers are winning Open shows and/or taking top honors then don’t they owe it to themselves to see how well they could do at the Open Olympia? There’s tons more money, tons more exposure, and they’d be competing against guys they’ve already defeated on the pro circuit. It’s really kind of a no-brainer if you ask me.

That said indecision at 16 weeks is frightening. And there is a key difference between Derek and his two fellow 212 Mr. Olympias. Shaun is double qualified. Kamal has a 2nd place and a Top 5 in Open competition so points-wise he’s in the running for the Open should that be a real goal. Derek is sitting outside in the cold waiting for Dan Solomon to throw him a bone. That’s a HUGE difference. If no special invite comes and Derek can’t or won’t suck down to the weight cap his Olympia experience might consist of serving Evogen shake samples at the expo because he won’t be competing in the Open and he won’t be allowed to defend his 212 title.

Like I said, I would be shocked if Dan gave Derek a special invite when he didn’t give one to 7x 212 Mr. Olympia James “Flex” Lewis earlier in the year. Not only that but this is the SUPER BOWL OF BODYBUILDING – YOU HAVE TO EARN YOUR SPOT!!

These special invites are WRONG for a number of reasons, most notably the fact that it gives recipients the chance to cut the line. They didn’t battle on the pro circuit, cut their teeth with tough placings, and bounce back. No other sport just gives away chances to play in the Super Bowl, the World Series, or the Stanley Cup. In a very real way the Special Invite gives bodybuilding and more specifically the Mr. Olympia a black eye. It does have its place but it’s usually used incorrectly.

So after all that, where do we stand? Again we’re left to speculate and scratch our heads. Does anyone think Derek will still be undecided in two weeks? Four weeks? Does anyone think we’ll be in single digit weeks and he still won’t make up his mind? Only TIME will tell. What say you? What should Derek do? What do you think he will do?

I hope you enjoyed reading my article here at Iron Magazine. Please sound off in the comments and feel free to post the link to this article on all your social media feeds. Let’s talk some BODYBUILDING!