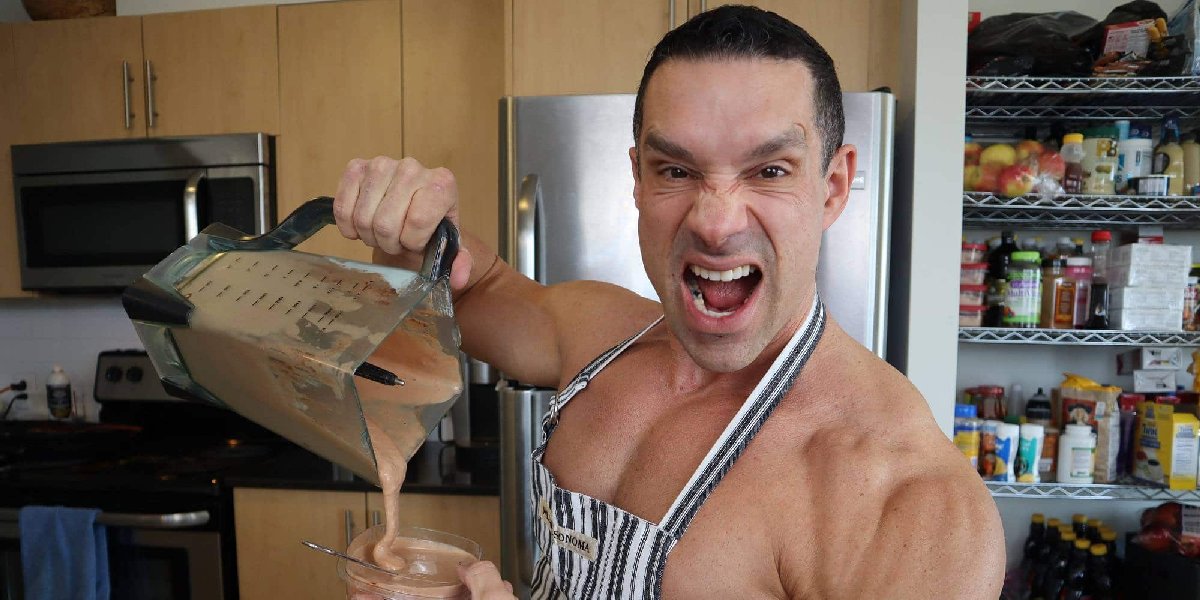 If you can make it in the fitness industry you can make it anywhere! Nothing rings truer as far as I’m concerned. I’ve seen major fitness superstars go from being absolutely no one to becoming the biggest since this since sliced bread practically overnight. Sometimes the ascent can be achieved in just a matter of weeks if not days or even hours. Yes my friends I have seen people gain popularity that fast. I have also seen a huge number of folks lose it all at the snap of their fingers.

The fact is this industry has a ton of people doing pretty much anything to get noticed. You have people doing cycles that would make your eyes spin! You have people that will eat things that make your stomach turn. You even have lunatics in Brazil pumping cooking oil into their arms just so that they can be talked about at RX Muscle or Iron Magazine. These aren’t hypotheticals – they’re facts!

So knowing just how attention-hungry people in this part of society are you have to guard that fanfare with your life. You have to ensure that your cred only increases! If anyone challenges you – you had better be ready to draw a line in the sand. “Being the bigger person” and walking away won’t do you any favors. People won’t respect you more they’ll just think you couldn’t back up what you stood for.

Your name is as important as your likeness. You have all these people working tirelessly in the gym and eating bland foods to look great. Well guess what? What people think of you is as important as having ripped aps and great arms. Therefore, when you’re implicated in something as dishonest as selling fake supplements you can see everything you’ve worked so hard for disappear before your very eyes. And don’t think your fans are any different. I’m here to tell you that they’re not. “Your fans” are the same people who read my articles and who go to fitness expos and who maybe compete in bodybuilding shows.

The fitness industry is insular and bodybuilding is a niche sport. Don’t be fooled by the big view counts or even packed expos. The actual fans that love muscle and want to learn how to get jacked and who actually live the life are way fewer and far between. At most I’d put the number at around 100,000 worldwide and that’s being very generous. Among that group of people word travels very quickly. If you’re accused of selling bunk supps and you can’t refute the allegations you’re in trouble.

What’s worse is that Greg has been implicated for selling a fake supplement whose demand was through the roof. It makes the black cloud that much worse because if he’s guilty it would be selling something everything wants and it would amplify the level of greed that motivates someone to do that. It’s also less likely that he himself didn’t know. Turkesterone is a cash supp and everyone wanted to get in on the profits. Demand was so high that some were shelling out hundreds of dollars per bottle. When consumers are willing to pay any price – the absolute least producers can do – is ensure a quality product. At the very least put out a low quality product but anything is better than a fake. To knowingly take counterfeit products to market is not only shameful – it’s outrageous! Again, were the supps fake? Did he know? We don’t know for sure but we haven’t seen him get in front of this the way he should.

Remember what I said, silence in this industry is not good. You can’t let people read between the lines and you can’t believe that time heals all things. If you think that things will magically sort themselves out then you’re sadly mistaken. Silence reads like guilt. And if Greg thinks his fans will see through all the bad press then he’s also sadly mistaken. If anything his followers might hold him to a higher standard because of his track record. He’s a YouTuber that calls out people that are doing that which he is accused of doing. He’s a guy who purports to be a crusader for fitness enthusiasts, who calls out fake natties, and who grills those who put out outlandish gear and training protocols. Yet here he is – at the center – of a major controversy and he’s not exactly putting out any content that refutes the allegations. His followers want answers – now more than ever – and it seems he’s downplaying an issue that should be taken very seriously. He’s already lost serious credibility among his fellow influencers and many bodybuilding media outlets. Next he’ll lose hardcore supporters that have notifications turned on and like/comment on everything he does. But there’s yet another group that he really can’t afford to lose. Perhaps the most important group of all and the people who will feel the most betrayed. Let’s not forget what Doucette’s main source of income in the fitness industry is.

Greg is a coach and not just any coach, he markets himself as a coach that gets results in competitive physique-based sports. The level of trust that that requires is unparalleled. Clients trust him with their diet plans, training approaches, and supplement protocols. The really committed competitors rarely – if ever – ask questions. They do what’s on the plan and they stick to it. They leave nothing to chance because they have clear-cut goals and they understand how expensive and time-consuming the sport is. A piece of news like that which is making the rounds can create a lot of doubt in clients. Even if the news is limited to Turk it really goes back to honesty and integrity. Everything in our sport goes back to that because there’s so much snake oil and so many hustlers throughout. It’s important to trust who you watch and it’s important to trust who makes your supps, but when it comes to who coaches you, that level of trust is tantamount to the trust you’d have in a spouse or a close loved one. The person who’s coaching you literally could make decisions that directly impact your health and well-being. And it’s not unheard of for either a coach to sell his/her clients supps and/or for a coach to knowingly sell bunk supps. Whether the supps are underdosed or completely bunk – I have seen and heard of it happen before.

In fact, I often talk about a coach who I knew in Gainesville, FL. This was back in the early 2000’s and he’d invested in a rather elaborate set-up. He had the vials, laser printers, labels and all. He’d take 90% of the real gear for himself and sell his unsuspecting clients the remaining 10% suspended in oil and vinegar. I kid you not. He was basically selling his clients salad dressing. And while they’d break out, look chubby, and be clueless as to why they couldn’t make gains, he looked like a million bucks. The clients could only listen to his bullshit about hard work and patience for so long. Eventually they figured it out and moved on but if he did that to the wrong person… Well, maybe they would have found him in the trunk of a car or fitted for cement shoes. I’m kidding of course..

In the end maybe Greg’s case is different or maybe this will be his reality check. In all honesty he will need to address the claims and get in front of this or it will cost him his fame, cred, and maybe his coaching business. Perhaps what he was selling was real and we’re all wrong. Perhaps it wasn’t real and he was clueless. Whatever the case may be he needs to take care of it. That could come in many forms. He could make a public apology, show lab testing, issue refunds or do something else. Doing nothing however is simply not going to work. What’s say you? What do you think happened here?